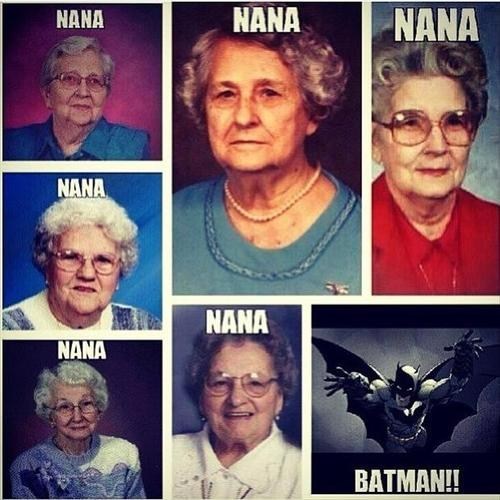 The WHAS Crusade for Children hit its second highest tote board total in history on the 60th anniversary telethon. The 2003 50th anniversary show topped $6.2 million. Thanks to all for donating to help special needs children throughout Kentucky and Indiana. (photo: Michael Dossett, The Courier-Journal) 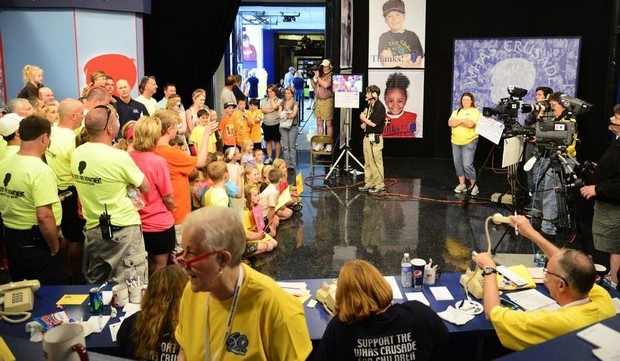 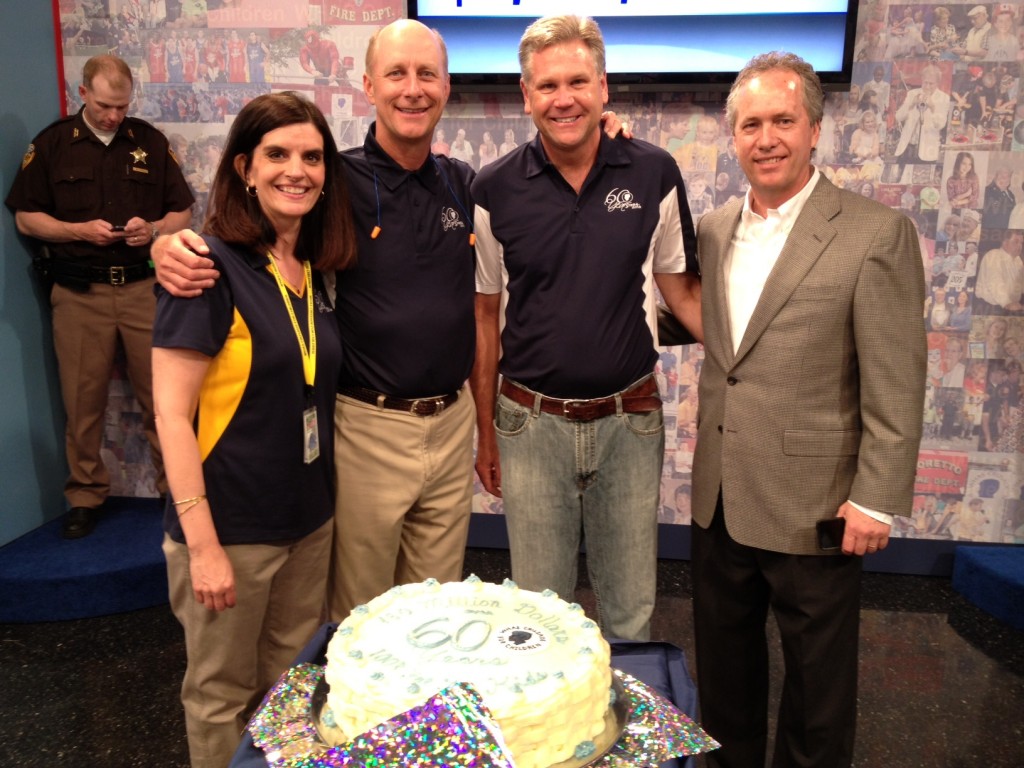 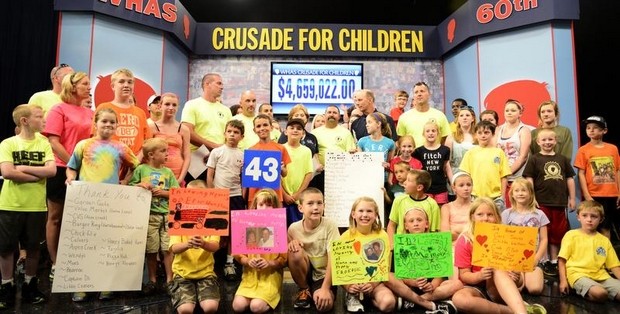 Area firefighters collect more than half the money that comes in to the Crusade for Children. Fern Creek Fire Department brought in more than $161,000 in its highest collection ever, pushing the department beyond the $3 million all time total. (photo: Michael Dossett, The Courier-Journal) 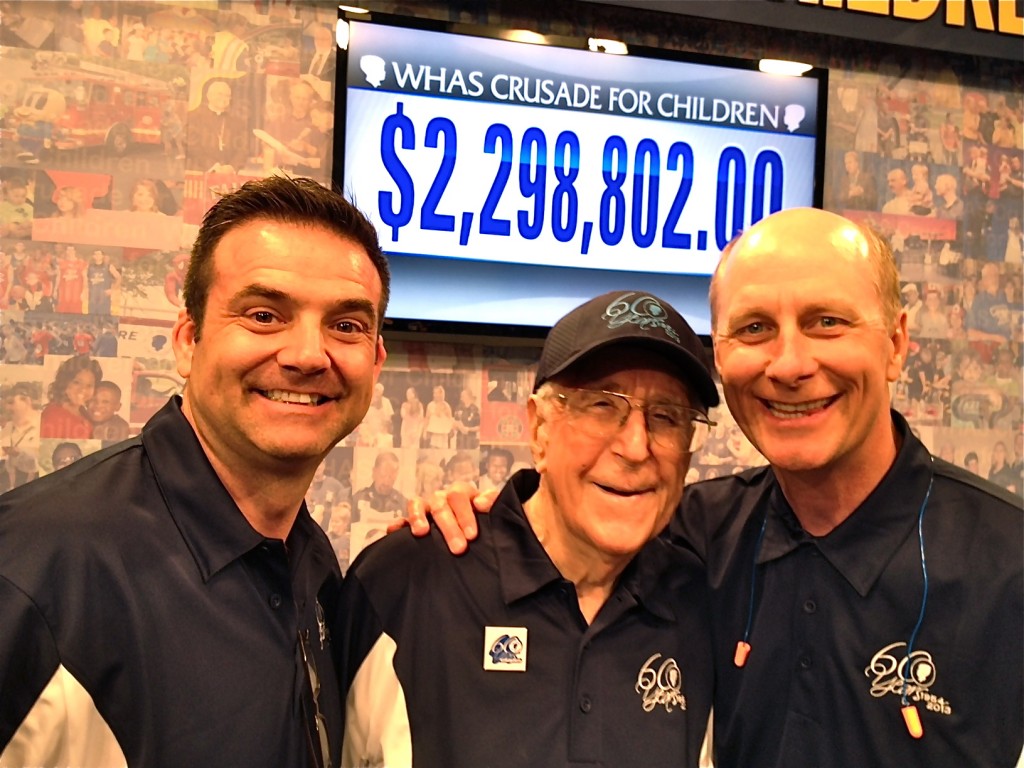 Clear Channel radio personalities Tony Vanetti and Terry Meiners bookend Louisville’s broadcast icon Milton Metz, the only on air personality to work at all 60 of the Crusade for Children telethons. Metz started with WHAS around 1950 and served as a radio talk show host, TV weatherman, host of the TV magazine show Omelet, and appeared as villain Snoopy McSneer on the legendary T-Bar-V children’s program. 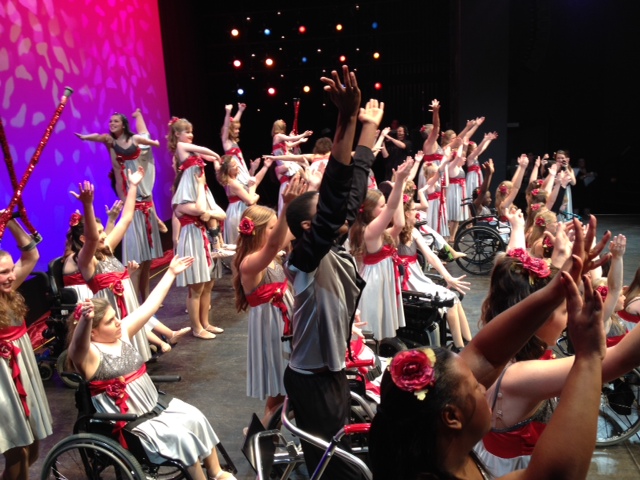 The Miracle Dancers bring the house to tears every year when these special needs children perform on live TV and for a live theater audience at the Ky Center. 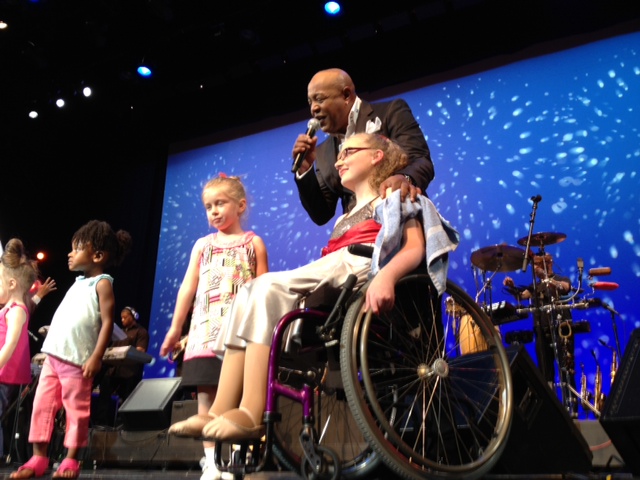 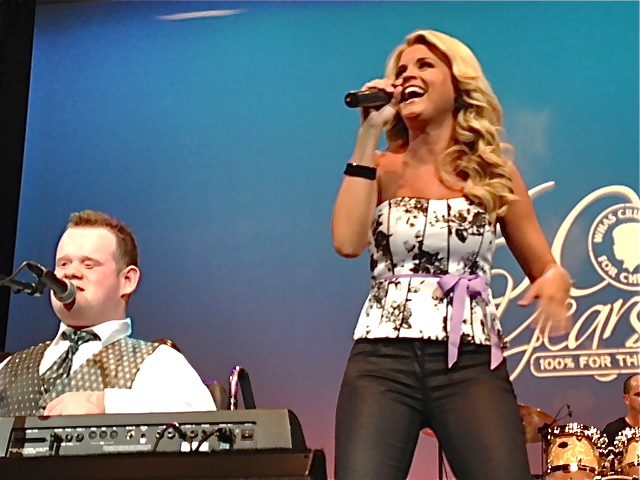 Blind singer Patrick Hughes, who has been featured on national television many times, played his keyboards and performed with Olivia Henken and her band at the Crusade for Children show.