Skip to content
You are here
Home > Exaggerated Fawning > Celebs do interviews to fatten their wallets; Twitter bullies only see the ancient past through today’s WOKE lens

Hindsight is the morality playground for today’s social justice warriors. They dredge ancient culture for activity that is considered unacceptable by today’s standards and bully the “bad person.” The stasi is back.

Men interviewing women. Between 1970 – 2020. Breathtaking misogyny, across five decades. From causally but deeply vicious to stunningly ignorant and disrespectful. Stomach churning stuff. And let’s be clear, this endures. It really must be rooted out. https://t.co/TMDJG8AVVx

Late night host David Letterman also slid through the heat of the #MeToo movement when many powerful men were canceled for imposing their sexual will on subordinate women. Matt Lauer, Charlie Rose, Russell Simmons, Louis C.K., Morgan Freeman, Senator Al Franken, and Rep. John Conyers are just a few of the 200+ prominent men who lost income and prestige as the #MeToo and #TimesUp campaigns to dethrone men who’d been accused of using their power to seduce, intimidate, or harass women into sexual subjugation.

Letterman admitted to sleeping with multiple women who worked on his broadcast team during his CBS Late Night show between 1982 and 1993. But he skated away with an apology. “Im not that guy now. But I was that guy then.”

That apology is lost on today’s Twitter bullies. They use their keyboards to perpetually punish anyone they determine has not been as pure as the self-aggrandizing accuser. At issue is a 2013 interview with troubled actress Lindsay Lohan.

The utter cruelty Letterman displays here is a real window into how casually monstrous we are toward women, and also the contempt and disregard we have for addiction problems https://t.co/XeLwhsyhs4

Be sure to check the bottom on this page for full context. Lohan loves Letterman. He shows great compassion for her tumultuous life and she notes that he is “sweet.” But the edit used above does not display that portion of the interview. That information neutralizes the reason for a person seeking SJW validation to even post the partially misleading attack Tweet.

SJW (social justice warriors) seek to elevate themselves as compassionate stewards of thought and actions. They go fishing for past “infractions” and try to crush people with today’s hypersensitive wokeness.

Is anyone smoking on airplanes today? Can you buy Aunt Jemima pancake mix? Are 14-year-old girls allowed to marry middle age men? Seen any public hangings in the past 75 years?

Old times weren’t always good times but stomping on interviewers for age old questions they asked of publicity seeking “newsmakers” seems a bit of an overreach.

The outrage du jour is ancient Britney Spears interviews that are suddenly considered OUTRAGEOUS by pure hearted WOKE bullies. Remember that celebrities agree to do interviews to sell their products or services. The amplification of their image earns them money and heightens their profile. 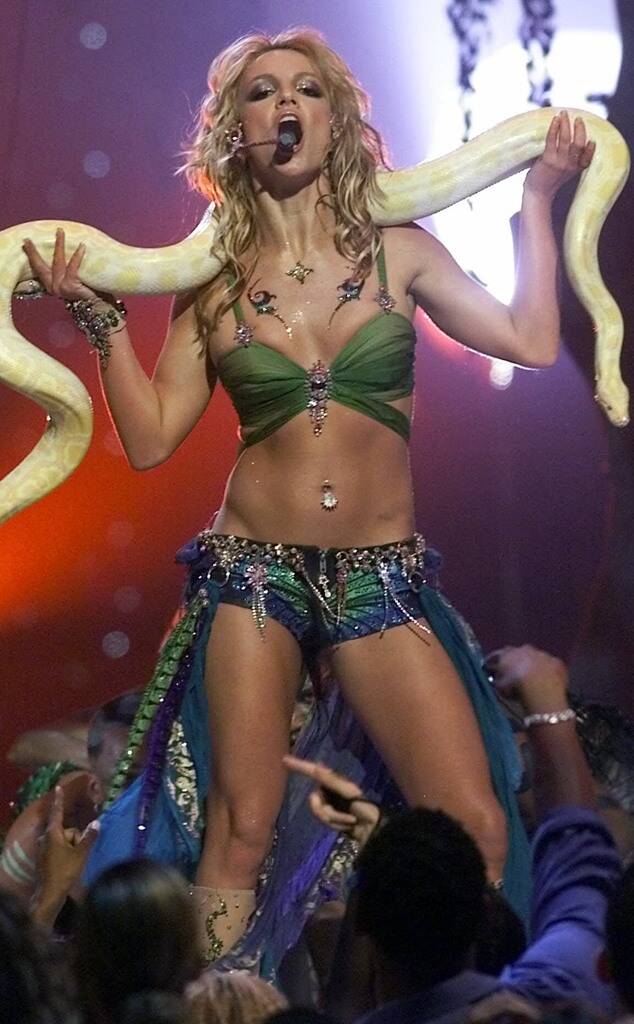 Sitting down for interviews widens the celebrity’s fame footprint. That’s the gig. Interviewers must work to make their exchange noteworthy or no one notices. Sometimes celebrities clap back at questions they don’t like.

A recent New York Times documentary on Britney Spears’ turbulent times during the early 2000s triggered the Twitter mob to lash out for personal validation among their SJW colleagues. Suddenly any comedy monologue or celebrity interview from 20 years ago is being analyzed with 2021 WOKE sensibilities.

Louisville’s Diane Sawyer is getting blistered for her handling of Britney Spears in an ABC Primetime chat. The HORROR! A publicity seeking pop star was asked questions about her celebrity relationships! How dare they!!!

Here’s the full interview with Diane Sawyer and Britney Spears.

The Salem witch trials are back. Senator Joe McCarthy has taken the form of a pronoun evading millennial purity judge.

Enjoy the faux purity by keyboard bullies. Who knew there were so many perfect people?

Here is a sampling of this week’s WOKE dredging of ancient interviews to score purity points for person posting it. Keep in mind that the interview subject is appearing to expand his or her marketability for fun and profit.

Comedians, too, are first amendment protected societal observers. But the WOKIES ain’t having it.

We’re all saying it’s cruel now, but how many of us laughed along?

Fuck Jay Leno, but it’s time to look in the mirror.

Remember when @BetteMidler – presumably once a gay icon – was attacking two women, Britney and Madonna, for kissing live when “girls are watching”? #DianeSawyer #FramingBritneySpears pic.twitter.com/ptIwIIGXzz

If Sarah can apologize live, what about @jtimberlake , @DianeSawyer , and the other comedians, journalists, etc? Sincerity comes best through speech, not writing. 😉#FreeBritney https://t.co/K0pWJLSsaC

Some of the Twitter bullies actually attempt to add context but their posts are mostly ignored. The mob has spoken and the accused has been canceled. Now it’s on to the next WOKE lynching in the name of set-righteousness. McCarthy much?

Barbara Walters/Diane Sawyer are tools for the misogynistic media. As long as a woman was asking another woman any of these terrible questions, it was “okay” https://t.co/ytoZ2akkQf

People are pointing out that Letterman made Lohan cry, but OP’s clip edits out what he said that made her tear up. It’s rather deceiving. Here is the end of the segment. pic.twitter.com/rKhBhf88Iz

Poles? What does Poland have to do with this rant?