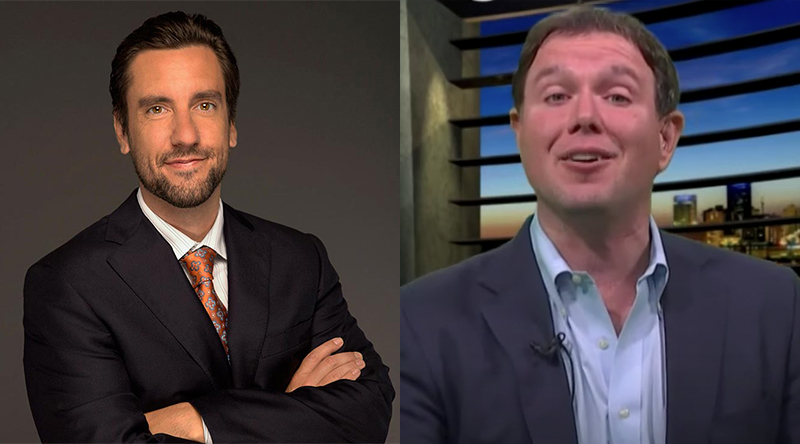 Our iHeart Radio #BBN god Matt Jones is a terrific radio talent. He is provocative, knowledgable, and humorous. I am a friend and fan. Matt brings a lot of attention to our business which boosts all of our stations.

These same attributes can be said of Tennessee broadcast icon Clay Travis, founder of Outkick.com and a host of many sports and cultural amplifying media products.

These two can’t stand each other.

This is 1 billion % not true dude. Cowherd does over 10 million downloads a month. That’s the most in iheart sports, but many iheart sports shows — DP & me — are way higher than your numbers. And politics dwarf sports. Not sure you are in the top 100 at iheart. 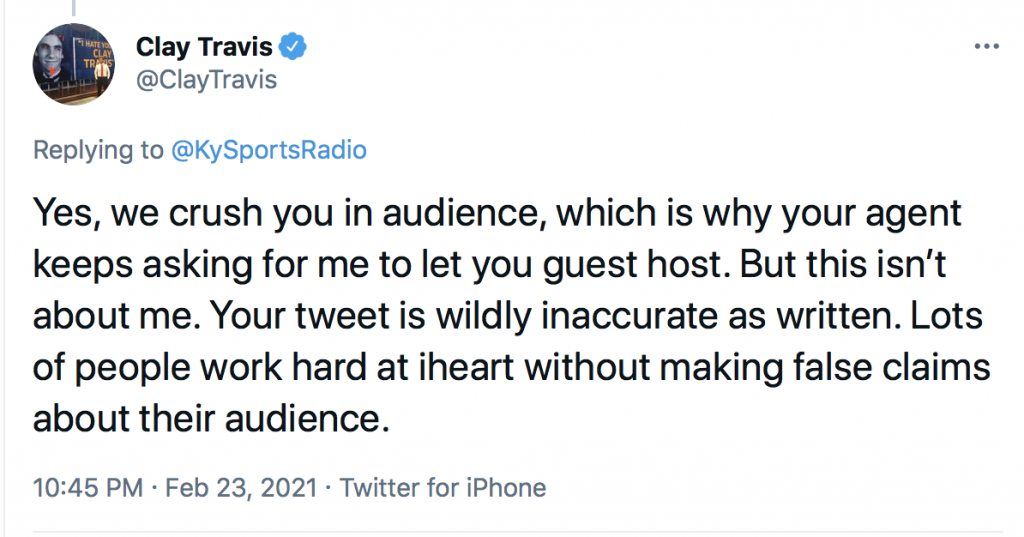 You made a false claim about your show. One that is easily proven to be wildly inaccurate. Others at iheart pointed it out to me tonight. This wasn’t a wrong opinion, you stated a falsehood as fact. You now know it’s not true & are leaving it up. Your call, your audience.

This isn’t their first social media spat. There have been several prior exchanges that would make most people turn off the attention spigot. These two can’t stop thinking about the other guy. 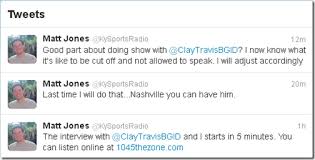 With Rush Limbaugh now gone, the noon-3 PM eastern time slot has a gaping hole. Many industry insiders think that Clay Travis and his team are the top contenders to pick up that national syndication slot to woo many adrift listeners. Travis would deal more with sports and culture with politics as a third rail of content.

I would prefer that Matt Jones and Kentucky Sports Radio take the noon-3 slot on WHAS in Louisville because it also focuses on sports, culture, and politics but is rooted in Kentucky flavoring.

Keep an eye on both of them. They’re brash. They’re lawyers. They’re never going to stop irking each other.

It’s media drama that Rush would have enjoyed spotlighting. 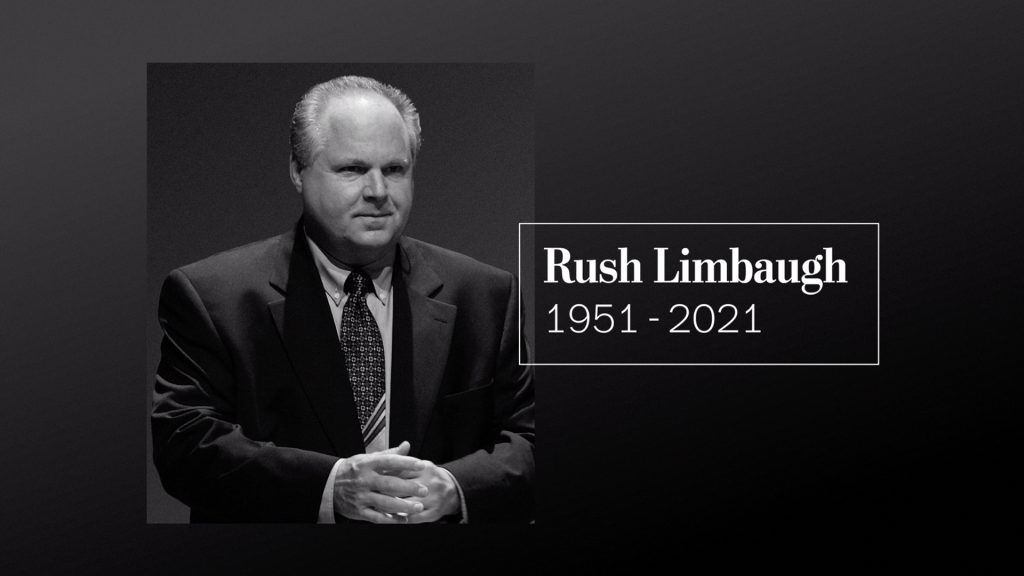 She got an A in Community Service