Skip to content
You are here
Home > Optics > That time The Godfather WOKE the Academy Awards: eradicating racism is “a block by block fight”

Marlon Brando refused his Academy Award in 1973 for the lead role in The Godfather and had Native American Sacheen Littlefeather walk onstage instead. She delivered a quick message detailing how Hollywood depictions of Indians, Blacks, Asians, and many other ethnicities and cultures abused minorities by perpetuating racist stereotypes.

Littlefeather, an Apache, couldn’t deliver her full message because of time constraints but offered the complete text to the media following the telecast. In spite of her gracious delivery of Brando’s intentions to refuse the award, some in the crowd booed.

Some other Hollywood stars including John Wayne, Raquel Welch, and Clint Eastwood mocked Brando’s crusade of enlightenment by cracking jokes later during the show.

It was Hollywood’s first massive WOKE moment at the Academy Awards show which is now routinely a cause driven spectacle. See: #OscarsSoWhite

Every year the awards shows are crammed full of self flagellating white actors trying to prove that they’re WOKE and sorry, and pitiful, and ashamed to be alive because (fill in the blank) says they’re miserable. And then everyone goes to after parties for schmoozing, liquor, sex, drugs, and shared ubiquitous condescension for their fans.

Today’s virtue signaling stars are merely traipsing down a path that Brando blazed 50 years ago. Except that his message was genuine, not a means of amplifying a spotlight on his own righteousness for peer approval.

Today, Littlefeather is still active. She recently reflected with a media outlet on her turbulent upbringing, how her Oscars appearance crushed her acting career, and fueled her activism.

Here’s Brando later reflecting on the outcome of his attempt to awaken Hollywood producers. 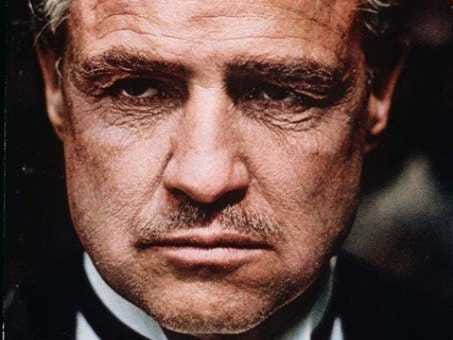