Transcript of the Cleveland

Charles Ramsey’s demeanor comes across clearly in his 911 call — in which he began with the fact that he was eating McDonald’s.

“Hey bro,” Ramsey tells the 911 operator. “Check this out. I just came from McDonald’s right? So I’m on my porch eating my little food, right? This broad is trying to break out the f—–g house next door to me, so there’s a bunch of people on the street right now and s–t. So we’re like, ‘What’s wrong, what’s the problem?’ She’s like, ‘This m——–r done kidnapped me and my daughter… She said her name is Linda Berry or some s–t. I don’t know who the f–k that is, I just moved over here bro. You know what I mean?”

He then answers the 911 operator’s questions about the woman, what she looks like, and what she’s wearing.

Ramsey tells the operator an address which he says corresponds to Berry’s location, not Ramsey’s home address. “I’m smarter than that bro. I’m telling you were the crime was, not my house,” he says.
“Are the people that she said did this, are they still in the house?” the 911 operator asks.

The operator then asks him to check whether Berry needs an ambulance.

“She needs everything. She’s in a panic, bro. She’s been kidnapped, so, you know, put yourself in her shoes.”

“We’ll send the police out,” the operator responds.
——–

Ramsey’s call led to the discovery of three women who had been separately kidnapped, repeatedly raped, and held captive in a basement prison for over a decade.

If you see something, say something. 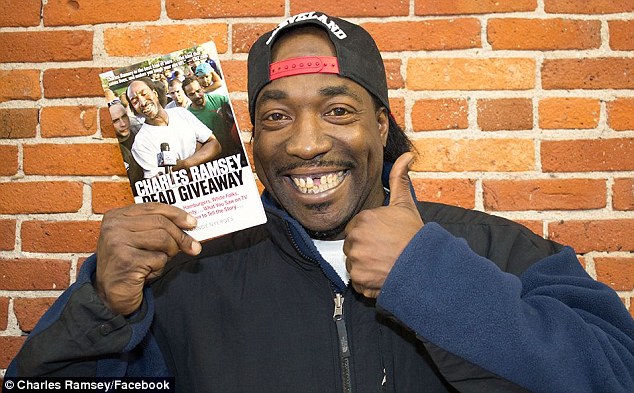