Prominent attorney Darryl Isaacs has returned to work after last month’s collision involving his bicycle and a car traveling down River Road. The 20-year-old motorist said he was blinded by the setting sun and did not see Isaacs in front of him.

Isaacs was hesitant to talk about his memories of the impact citing a need to protect information in case of future litigation. He has not heard from the motorist.

Other drivers attended to Isaacs as he lay bleeding with his scalp nearly severed and his neck was broken at C-1, C-2, and C-3. Doctors were amazed that his broken C-2 did not cause permanent paralysis from the neck down, a typical result from this so-called “hangman’s fracture.”

Isaacs spoke publicly to thank the thousands of well wishers and friends who have helped to care for his family in his absence.

The well known accident attorney said he has not decided whether to sue the driver’s insurance company to cover the cost of his medical bills, one of which is $280,000 with more to follow.

Isaacs was reluctant to give an opinion on Metro council member Kelly Downard’s 2014 resolution to remove signs from River Road declaring that “bicycles may use full lane.” Issacs did say that he plans to keep bicycling after he fully recovers from his injuries. 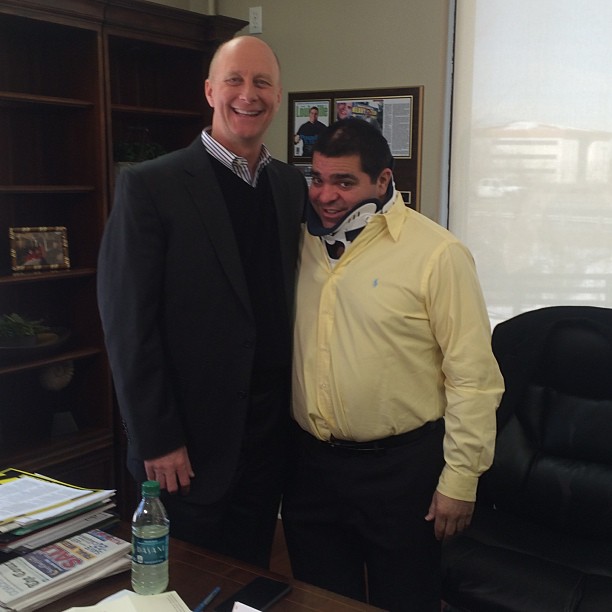