One and done players feel the pain, sports fans. Here is De’Aaron Fox in the Kentucky locker room after a numbing finish to his season and career at UK.

That’s how much these games mean to players who spend less than one year in John Calipari’s hyper-successful recruitment system. North Carolina topped Kentucky 75-73 after digging out of a 5 point deficit to take a 5 point lead. But wait, Kentucky would score quick buckets in the last minute to tie the game with 7 seconds remaining. But North Carolina drained a shot with barely any time remaining. Classic.

North Carolina moves on to the Final Four while Kentucky reloads with a fresh supply of the best basketball talent in America. What a game. Kentucky fans were left in a state of shock as UNC earned a record 20th visit to the NCAA Tournament’s Final Four. 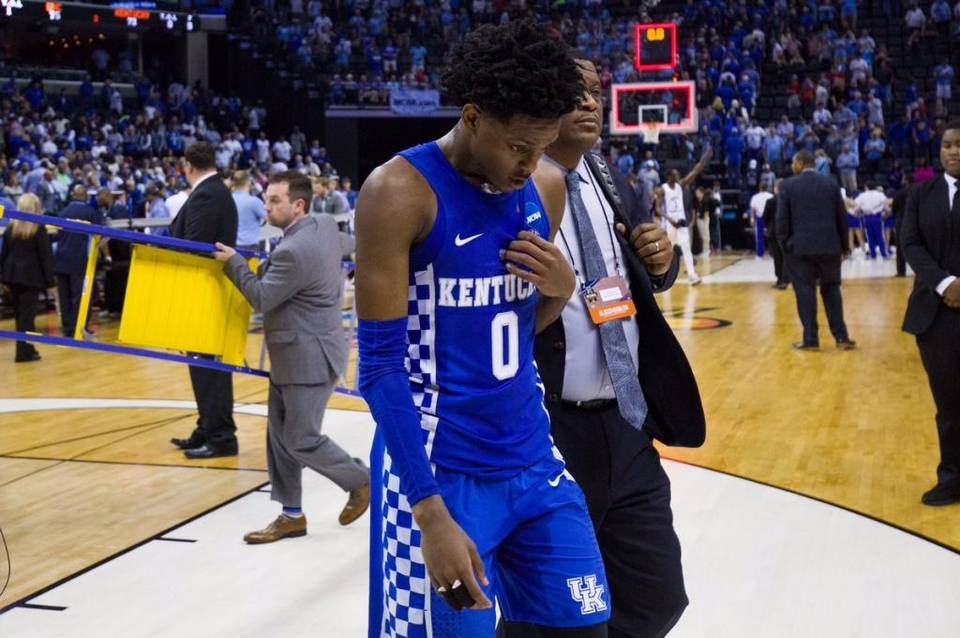 Great year, Wildcats. Now the questions arise about which players stay and which ones go.

The Commonwealth of Kentucky is blessed with outstanding talent at UK, Louisville, WKU, Northern Kentucky University, Bellarmine University, and many others. March Madness is our holiday season. Thanks for the ride to all of our schools.