One day after the death of iconic actress Carrie Fisher, her iconic actress mom Debbie Reynolds succumbed to a stroke while planning her daughter’s funeral. 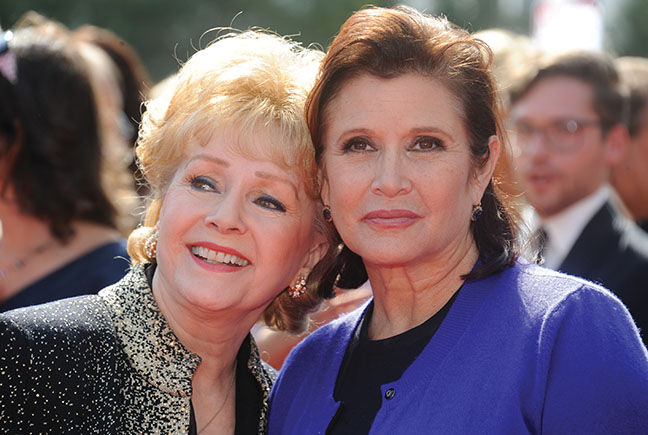 These stunning losses popped up at the tail end of a year filled with an unusually high number of prominent celebrity deaths.

To understand the breadth of both Debbie and Carrie’s lives, take a few minutes to watch this incredible episode of Oprah.

Carrie was recently diving into incredibly personal revelations during her final few months as she promoted her book “The Princess Diarist.” From NBC’s TODAY Show (November 2016)

More with Debbie on her financial woes and ability to break through to happiness. Video from NBC’s Tomorrow Show from 1980 with host Tom Snyder

In the weirdest of ironies, Carrie’s former husband is Paul Simon, who authored the song “Mother & Child Reunion.”

LYRICS: No I would not give you false hope
on this strange and mournful day
but the mother and child reunion
is only a motion away

Simon is the ex-husand of Carrie and ex-son-in-law of Debbie. Here’s his reaction to Carrie’s death.