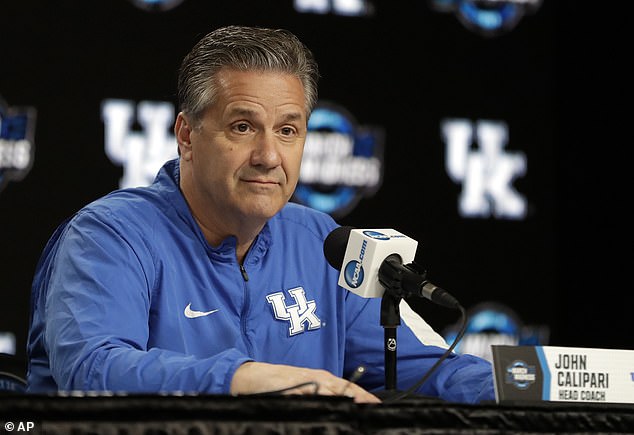 For some University of Kentucky basketball fans, head coach John Calipari is losing his touch. They’re filling up social media with slams about Cal’s inability to land a Top 5 recruit in the past 4 seasons.

Even the hometown Lexington Herald Leader is now casting a wary eye. 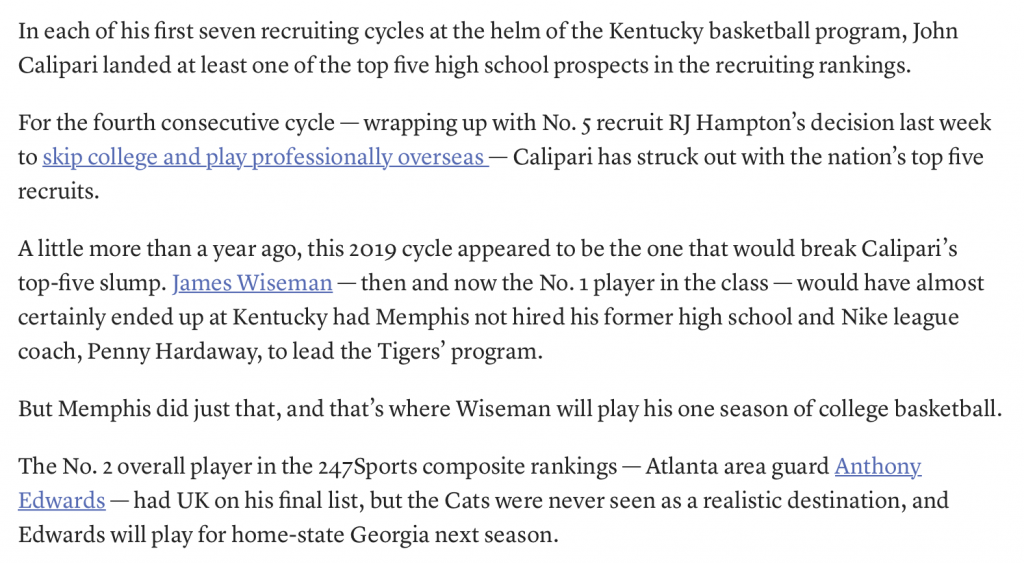 Never mind that Kentucky, the winningest program in college basketball history, fields one of the strongest SEC teams every season. Never mind that Cal has a national title just 7 years old. Never mind that UK still collects some of the most sought after recruits in America year after year. 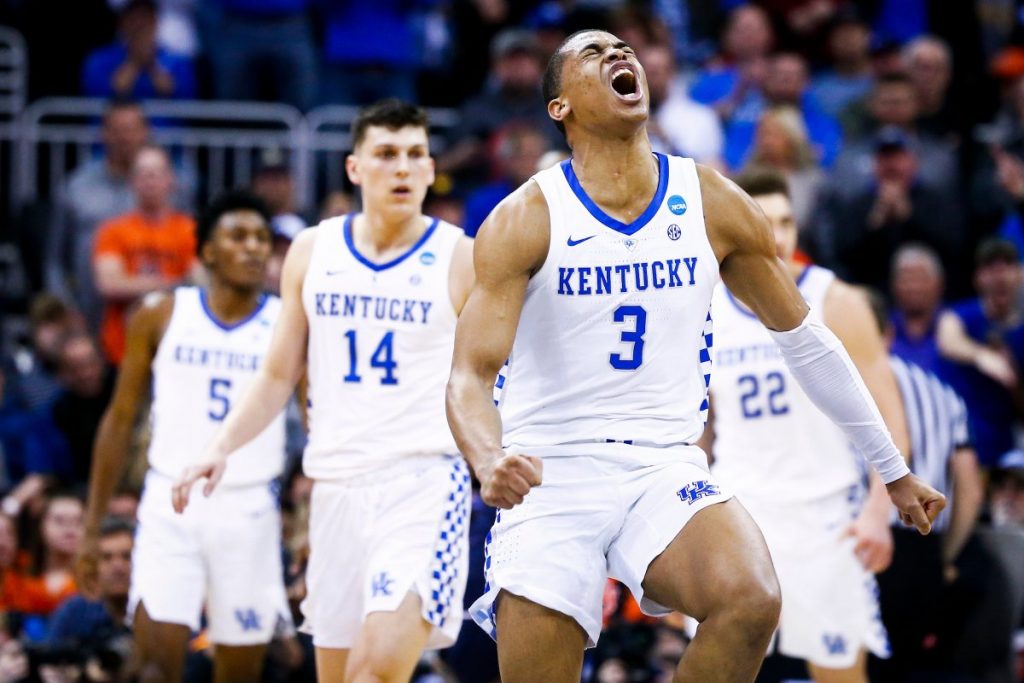 It’s not enough for simple minds who think that having KENTUCKY on a jersey automatically sends shivers through the opposition.

Kentucky’s domination has led other schools to mimic the success that Calipari brought in his first 5 years at UK. Even Duke succumbed to the one-and-done methodology of pass-through greatness.

Duke nabbed all three of Kentucky’s top recruit pursuits last year yet the Blue Devils could not cut down the championship nets.

The truth is that it’s hard to make it to the Final Four. Parity — plus — Calipari impersonators have successfully spread the wealth among a deep roster of schools with legit shots at the championship.

Kentucky fans are traditionally known as demanding whiners who can’t understand that other schools have talent, too. As for this recent burst of pointless Cal bashing, much of it can be based on the school listed at #2 on this preseason poll. 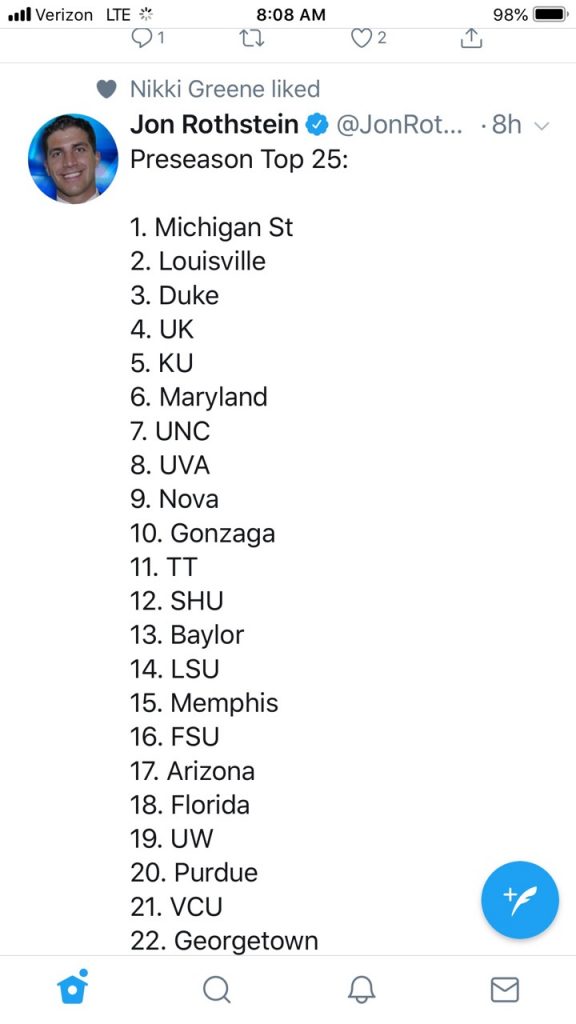 As for Calipari’s son considering transferring, the coach made valid points that his kid isn’t quite as good as the usual Kentucky players.

Brad Calipari will return to Kentucky. Seriously. Where else would he receive star status with that last name?