We go live to our @fswisconsin meteorologist @Katie_George05 for an update on the wind, uh, shield 😂😂😂 pic.twitter.com/pfty0YR3WX

Our Louisville superstar athlete-turned-NBA-broadcast-star Katie George got an ample dose of Wisconsin wise-assery after she referenced the “windshield factor” for tonight’s polar vortex.

The saddest part is that she believed she was using the correct term to describe wind chill.

Oops. We thought we prepared Katie for every possible broadcast scenario but this gaffe now fully completes her windshield of reporter knowledge.

Give the Milwaukee Bucks reporter Katie extra credit. Her self-deprecation skills are anything but below zero. A+ Katie! 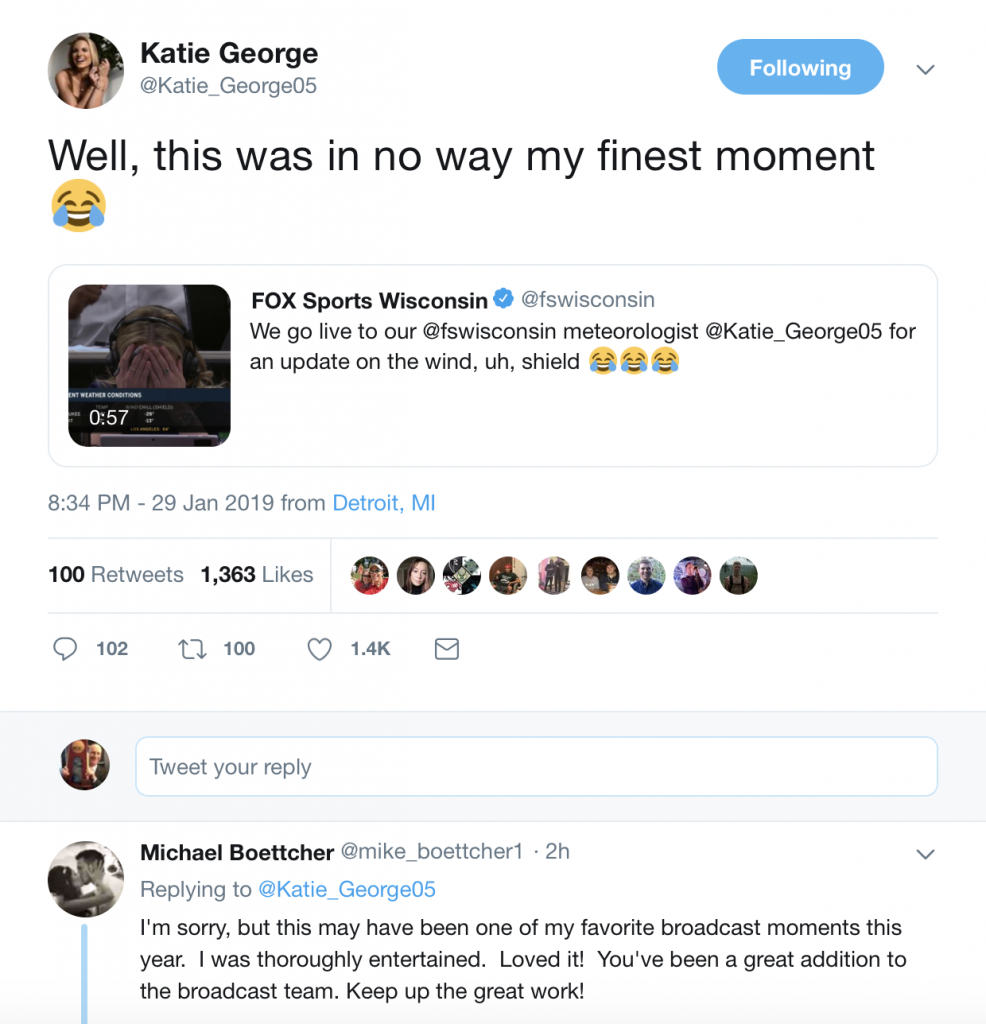 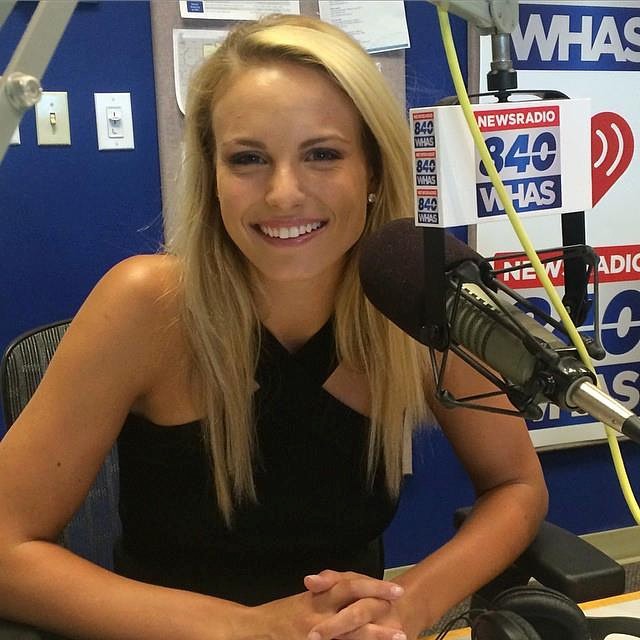 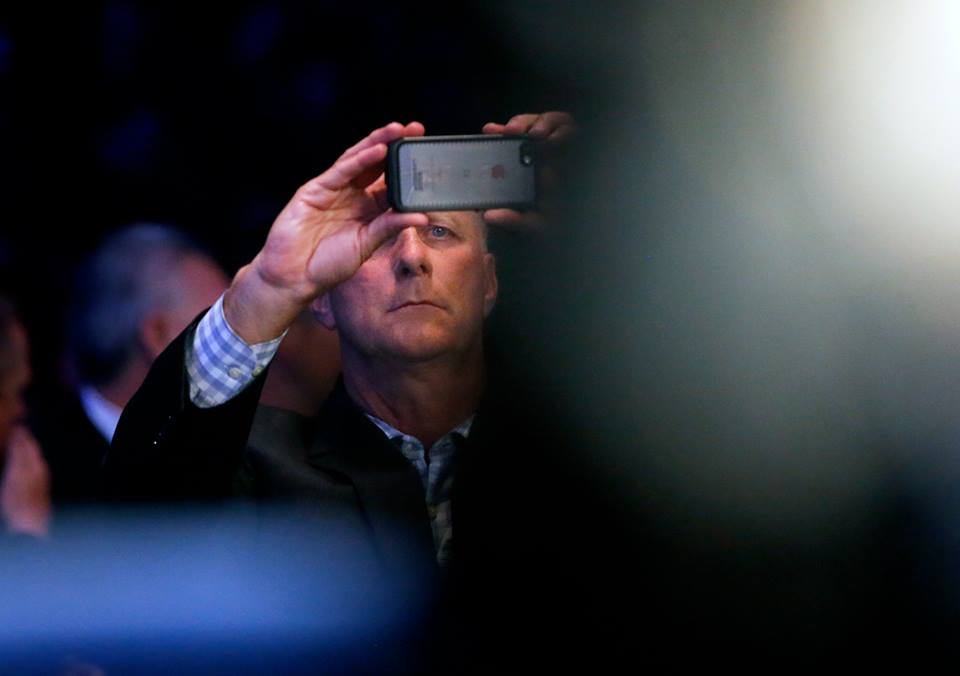 So far, the National Enquirer has not offered to pay for any of my out-of-focus iPhone 4 discolored photos of unknown boxers. But it’s a start.

My job offers great opportunities outside of radio and TV studios. In May, Katie George from WDRB joined me at the Galt House to interview ESPN college football analyst Kirk Herbstreit. It was a benefit for The Parklands. I’ve hosted the event for several years and suggested adding Katie to give it new life and a younger demo. She did an outstanding job.