Kentucky Governor Matt Bevin jumped on the radio with me last night for his monthly interview. It became explosive pretty fast. 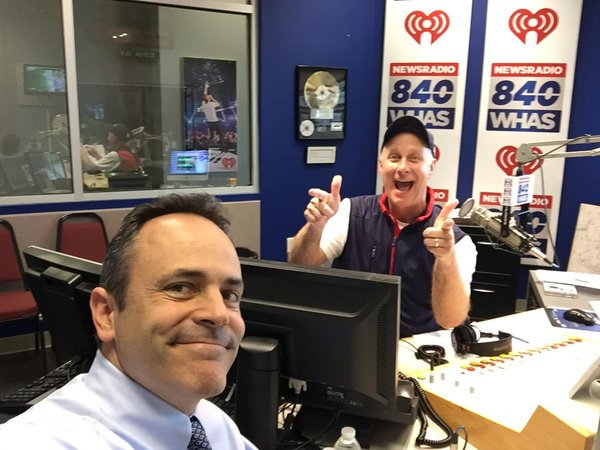 With a midnight deadline looming, Bevin announced that he had just signed the pension reform bill to stop its financial freefall. Kentucky teachers have been protesting the bill for changes affecting new hires.

Bevin said that the Kentucky Education Association (KEA) leadership had been against it but in recent days had been touting it. Bevin taunted the KEA as “frauds” who don’t have a real sense of what’s best for teachers. 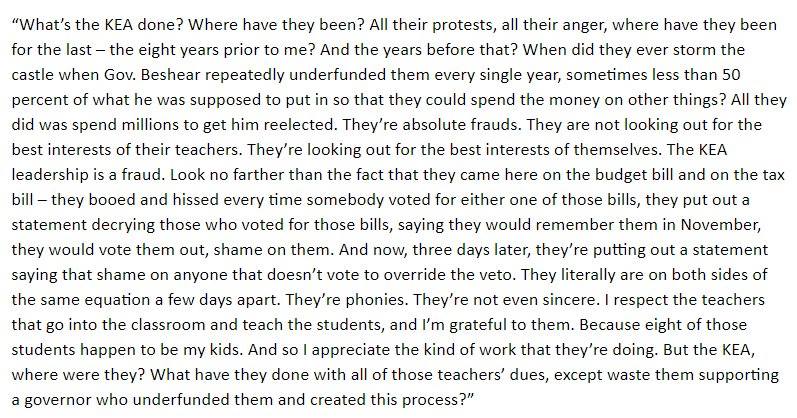 Replies from the KEA, the Democrat Party, attorney general Andy Beshear, and teachers have been harsh. The AG says he’ll wake up with the roosters to STOP THIS!

“We have just learned that Gov. Bevin has signed SB 151 (pensions). When the courts open tomorrow, we will take action. Stay tuned.” —Attorney General Andy Beshear

The KEA is urging teachers who can take a “personal day” this Friday to join a pension bill protest rally in Frankfort.