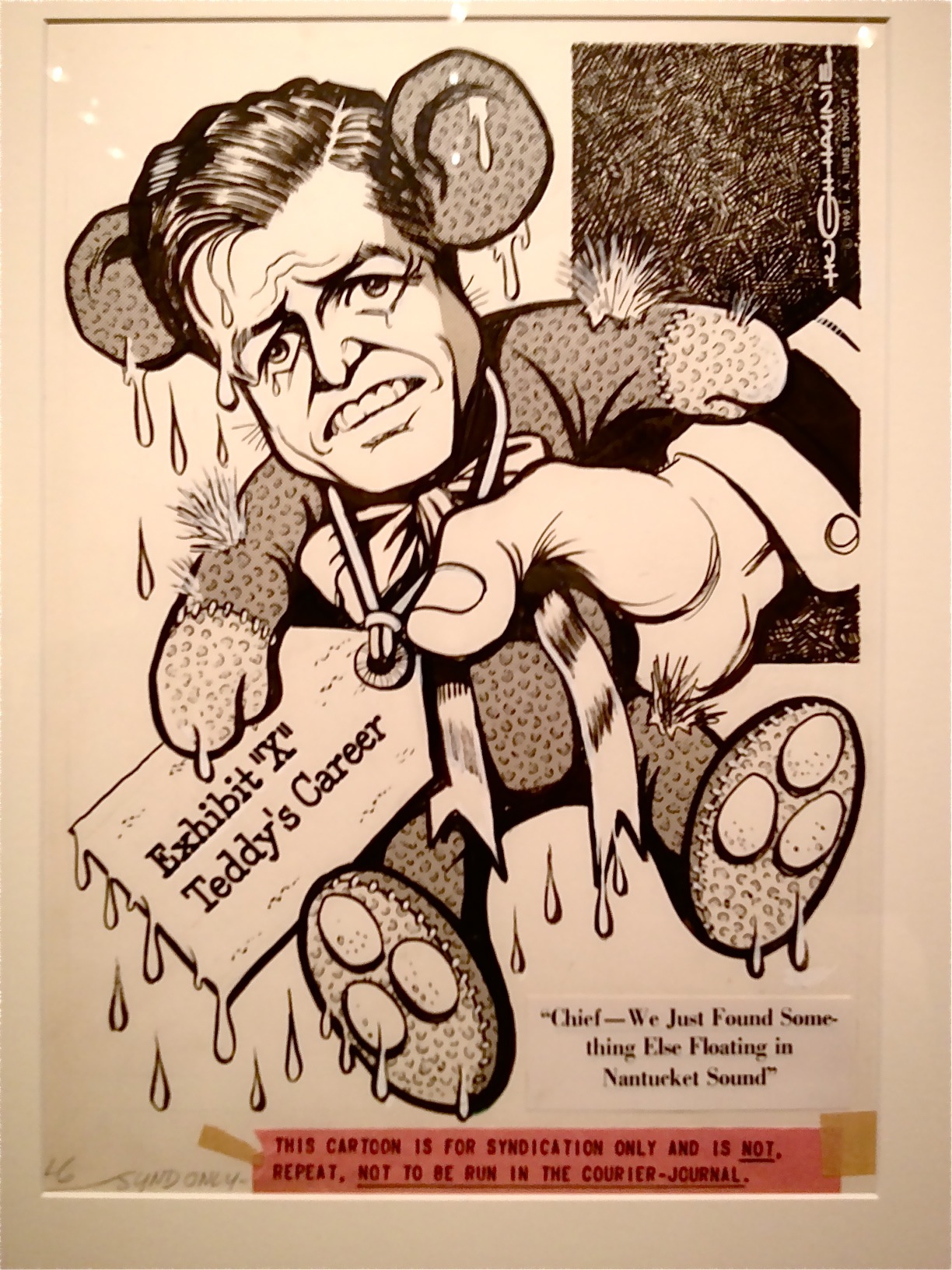 Here’s a Hugh Haynie cartoon banned from local publication because of the bond between the Kennedy and Bingham families. Barry Bingham Sr. dictated the censorship (pink banner) to his Courier-Journal editor in 1969. The Hugh Haynie editorial cartoon collection is on display at the Frazier History Museum in Louisville.