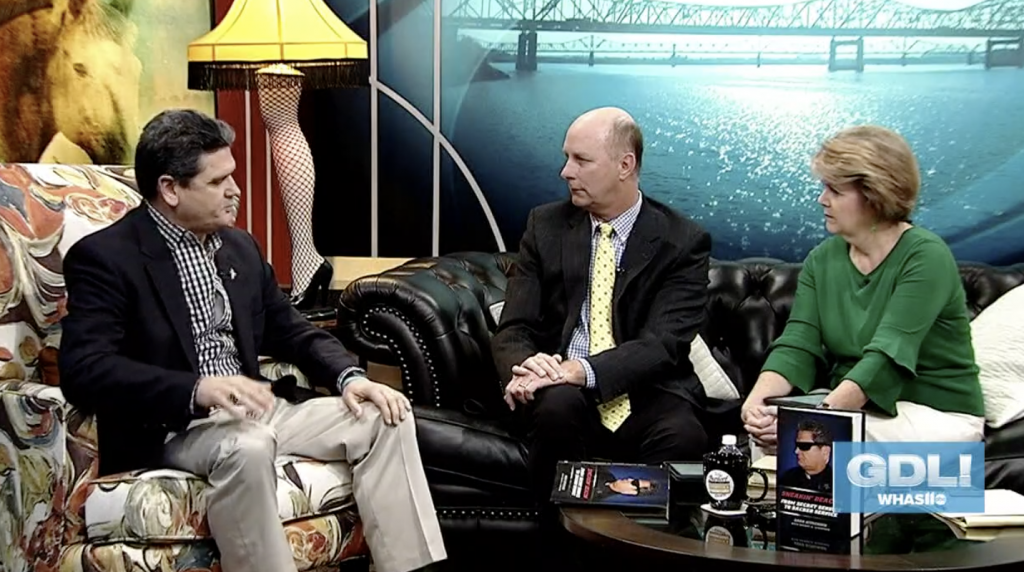 The opening chapter takes you along with a 21-year-old rookie cop into a harrowing situation where Gitschier has to quickly decide whether to shoot a rapist who burst into a woman’s apartment.

Sneaking’ Deacon takes you around the world into turbulent hotspots and gentle encounters that show the delicate work of law enforcement and protection. This book grows even more heartfelt appreciation for the men and women who quietly protect America and its leaders.

Order it 🌎 via butlerbooks.com‬ or pick it up at Carmichael Bookstores. 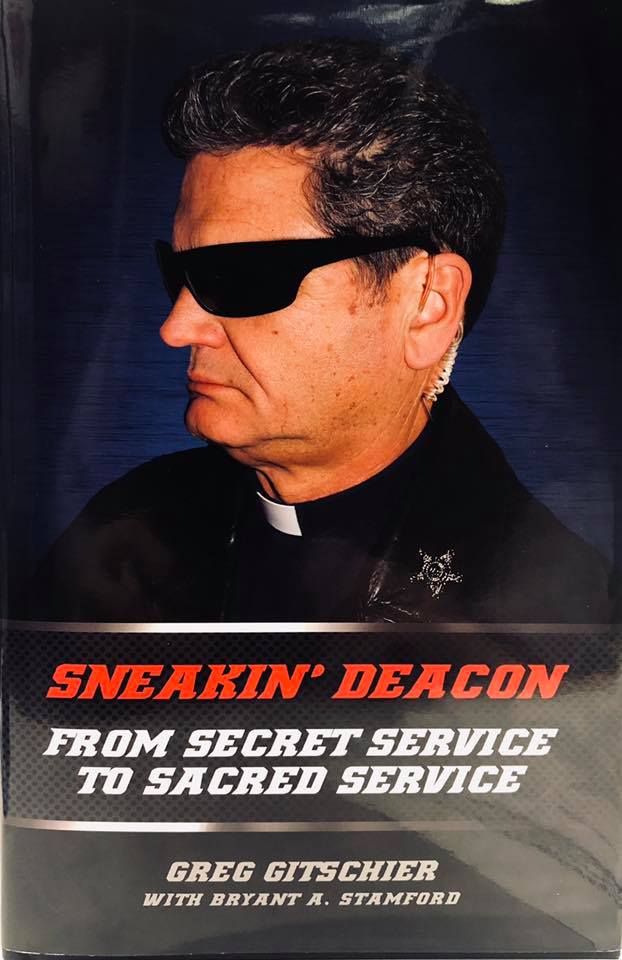 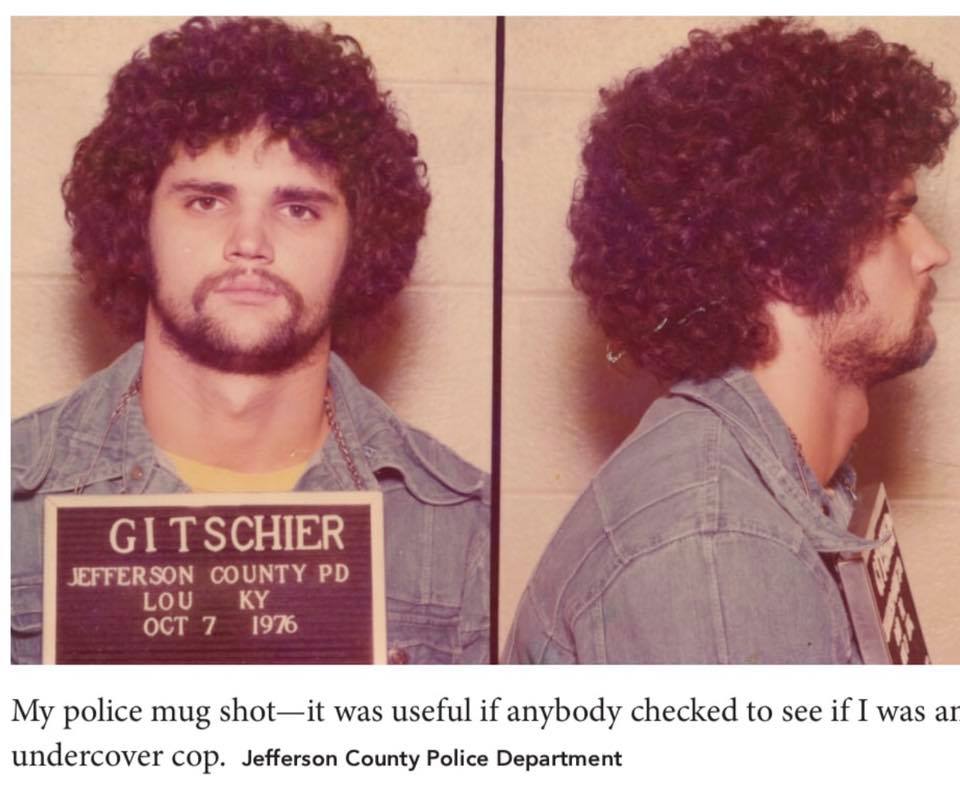 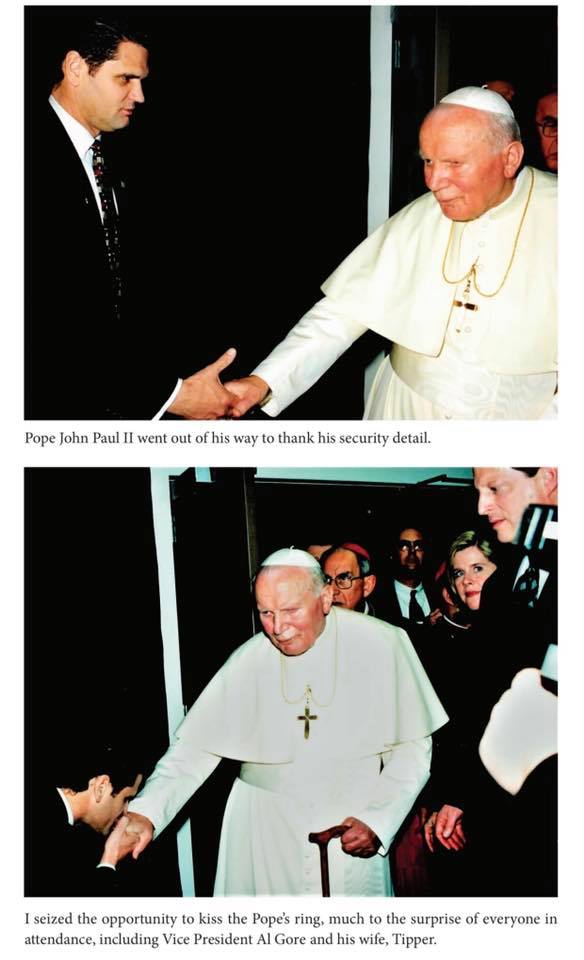 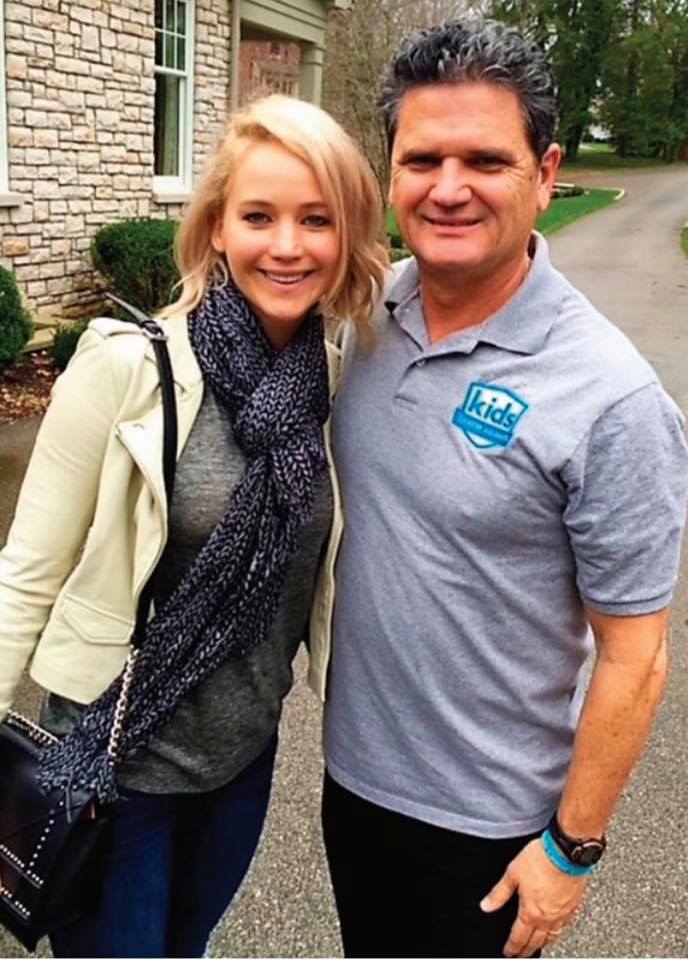 Jennifer Lawrence wrote the foreword in Greg’s book. Gitschier has provided her security for many events over the years. 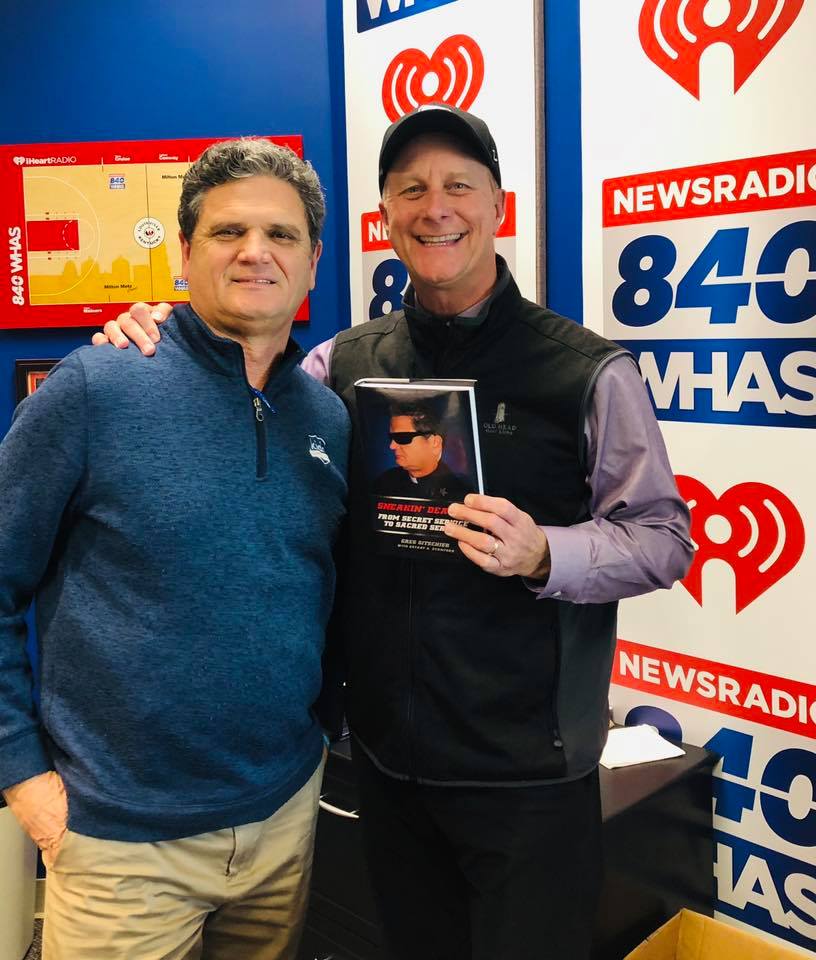 Gitschier visiting the WHAS radio studio with me, December 18, 2018.

Mr. Meiners, I briefly heard you advocate for gay marriage on your show yesterday and against financial discrimination as gays cannot file as married which may cost them thousands in lost tax exemptions. I would like to ask you to advocate for incestuous marriage. I love my widowed Mother and we are both consenting adults and because we are not allowed to marry, I will be forced to pay millions in estate taxes upon her death. If your spouse dies, heaven forbid, then you will get her estate tax free. That isn’t fair. It’s discrimination and I would appreciate you speaking out for fairness. Thank you.
7 hours ago

ME: It was nice of you to stop having sex with your cow long enough to write. Better get back to the barn, Jethro. That pig is getting jealous. Woooooo, pig sooooeeeeeyyyyyyy.
8 minutes ago

HOMOPHOBE: Who are you to judge me?

HOMOPHOBE: So you do believe that some things are perverted?

ME: Let God do the judging. God made everyone in his image and that includes gay people. Wasting time obsessing over gay people’s right to love and marry is a perversion of the life energy granted to you. Live and let live. Trying to equate gays with incest or pedophilia is as ridiculous as me foisting bestiality imagery on you. That absurdity should have sent the message but clearly you’re a slow learner. Happy Saturday!

HOMOPHOBE: I agree we should let God decide. Do you have a Bible?

HOMOPHOBE: Thanks for your response. I love everyone. My Uncle has chosen to live the gay lifestyle and I am as loving and accepting of him as any of my other friends or family. I never bring the issue up but when he does then I encourage him away from perversion and toward Godliness. I see his life and how miserable he is and I love him too much to keep the Good News from him. If you ever care to see what God might think on the subject of marriage then you might google search some passages from the Word of God: http://christianity.about.com/od/Bible-Verses/a/Bible-Verses-Homosexuality.htm That’s the thing about sin. It will bite you. Bible Verses About Homosexuality christianity.about.com

ME: I was taught to love my fellow human beings. God’s pretty good at his job. Let’s let him do it.

________
PROLOGUE: The radio segment on Wednesday, February 26th dealt with filing taxes as married or single. I asked that we suspend all religious aspects out of respect for the Separation of Church and State declared in our federal documents. My gay friends who have been together 32 years filed as MARRIED this year for the first time ever. The different filing status created a $2,900 benefit to them. I asked the radio audience, based on this average (even though tax rates and income vary year-to-year), who WOULDN’T sue the government over being shortchanged approximately $90,000?

HOMOPHOBE: “Have ye not read, that he which made them at the beginning made them male and female, And said, For this cause shall a man leave father and mother, and shall cleave to his wife: and they shall be one flesh? ” Did Jesus pervert his time? ”Do you not know that the unrighteous and the wrongdoers will not inherit or have any share in the kingdom of God? Do not be deceived (misled): neither the impure and immoral, nor idolaters, nor adulterers, nor those who participate in homosexuality,Nor cheats (swindlers and thieves), nor greedy graspers, nor drunkards, nor foulmouthed revilers and slanderers, nor extortioners and robbers will inherit or have any share in the kingdom of God.” Did the apostle Paul pervert his time? Are there other sins that you believe we should condone? If I were trying to encourage someone to leave a life of drug abuse, would you tell me to just live and let live?

ME: Drug abuse is a habit that is developed during a lifetime, often times from genetic propensity. We use our God-given brainpower to utilize methods to thwart or stave off chemical dependency in ourselves and others in our immediate orbit.

Homosexuality is not a choice. It is a God-given anomaly to the more common man & woman pairing. None of us can understand why certain people are drawn to same sex adults. Society has tried therapy, drugs, forced behavioral redirection, and even tried to “pray the gay away.”

None of it works.

We have to accept it as part of God’s plan because no person would willingly choose to be in a subset of society that is abused by those who cannot accept or understand their alternative needs for love and partnership. I don’t understand it, either. I just don’t waste my life energy judging them. It is behavior that does not affect me. Just like gambling, it’s not for me. Not interested.

The first thing I was taught in Catholic school was from the Catechism: Who made me? God made me.

HOMOPHOBE: Thank you for your response. Time is too precious to waste so thank you for not considering me a waste of time. Certainly God made me…..”not to be impure, but to live a holy life.” Help me understand why you believe in genetically gay. (I’m a little slow) It doesn’t make sense to me. If a segment of society has a genetic trait and that segment by definition does not reproduce then that trait will be eliminated. If gayness were genetic then it wouldn’t exist. Also, there are thousands of people who have left the gay life to live heterosexual lives and vise versa. How do you account for that in your born gay theory? Either you have the gay gene or you don’t. You cannot change your genetic code, you can only change your behavior. If they were born gay then they would have to stay gay. I have no interest in discriminating. Everyone has the same right to marry and no one should have the right to change the definition of marriage. I have no interest in judging. I am interested in rescuing people from the damaging effects of their life choices. For example, only 1 in 3 gay men live to age 65. Gay men are 6 times more likely to attempt suicide. Illegal drug use is 7 times higher among gays. Men who have sex with men are 6 times more likely to be diagnosed AIDS/HIV positive. People are trapped in sin of every kind. That is why they need rescued not encouraged to deepen their enslavement.
a few seconds ago

ME: I am baffled by many things in this world. One thing I know for sure, people would not “choose” to be abused by self-appointed superiors. In other cultures, gay people are beaten to death or imprisoned. Nice choice, huh? 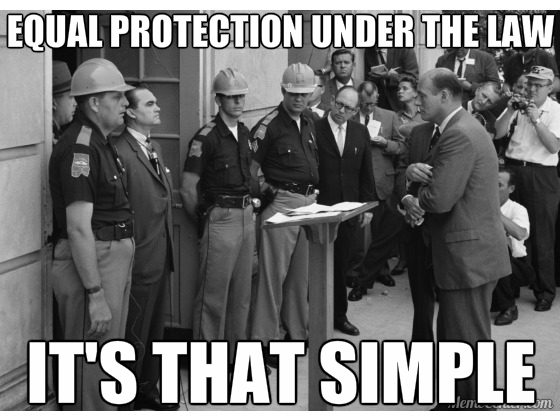