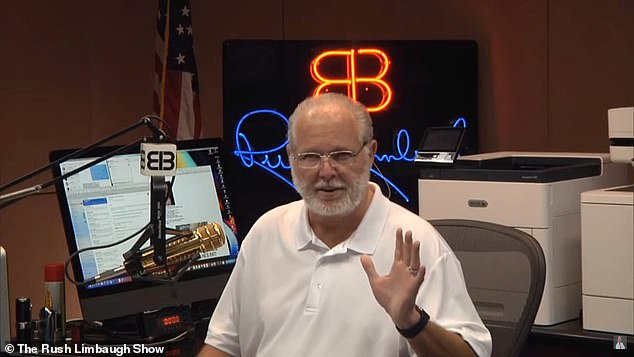 After hosting nearly three hours of today’s radio show, commentator Rush Limbaugh shocked his audience at the end of the broadcast by announcing that he is in an advanced stage of lung cancer. He said that he will begin treatment immediately and will miss some days from work, adding that he intends to continue broadcasting the daily show for as long as possible.

Limbaugh’s audience is measured at between 16 and 19 million people in various surveys. “The Rush Limbaugh Show” airs on hundreds of American radio stations, most of which are owned by iHeart Media.

From The New York Times: 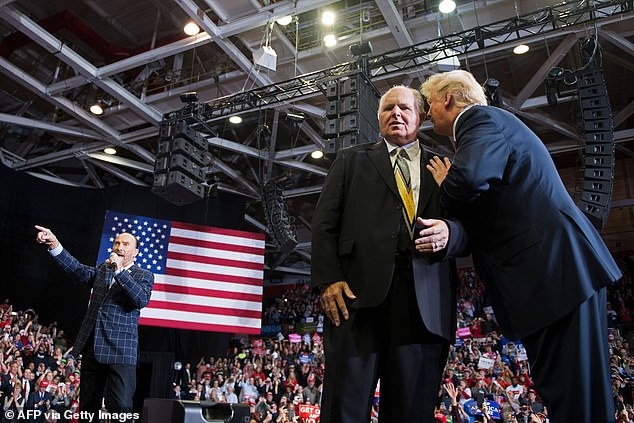 Rush Limbaugh and Donald Trump at a 2018 Florida rally 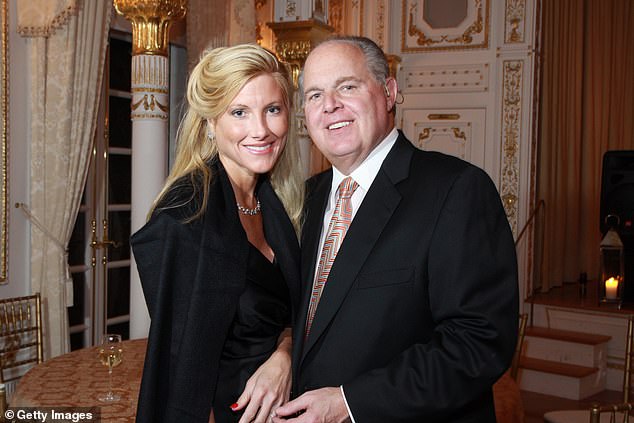 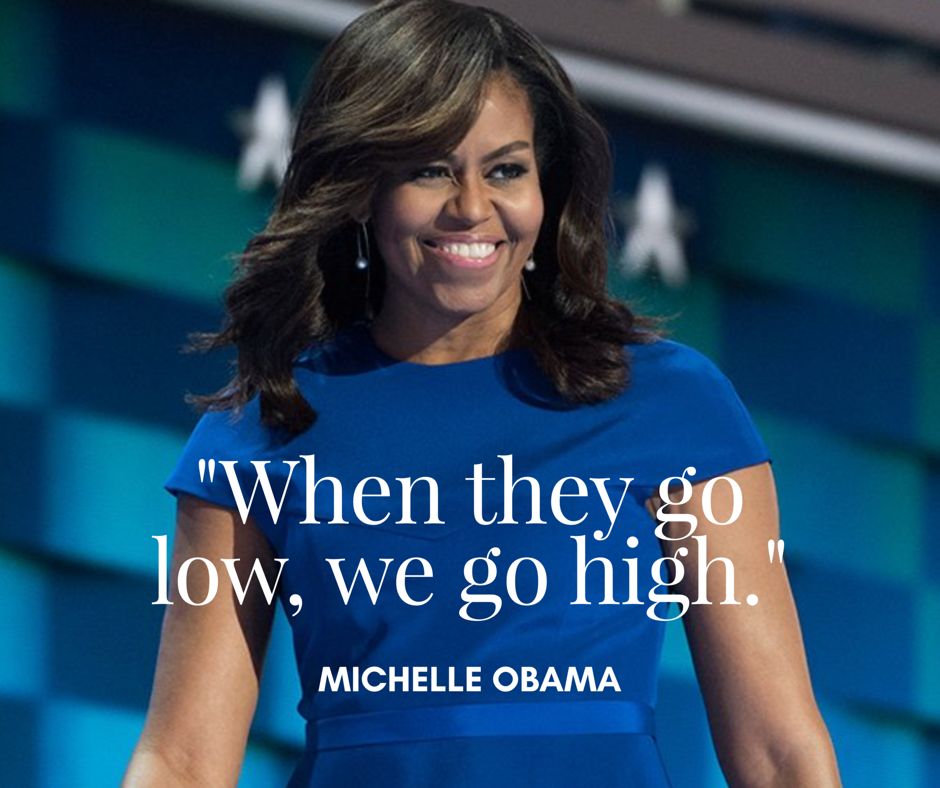 In spite of Michelle Obama’s directive that Democrats “take the high road,” many Liberals have been rejoicing online after news of Limbaugh’s cancer was made public.

The people responding to this news by celebrating it are pure evil. I don’t care if it’s RBG, Obama, Limbaugh, Rachel Maddow, Hannity, etc. You don’t wish lung cancer on anyone just because you disagree with them politically. Rush has raised nearly $100M for charity in his life.

So if Rush Limbaugh’s cancer is Karma, does that mean that all of us who have lost loved ones to cancer should know that they were considered horrible human beings who deserved a cancer diagnosis? Yeah, OK.

Lots of Liberals say that Conservatives have mocked illnesses and impending death for progressive heroes like Supreme Court Justice Ruth Bader Ginsburg. Here she is in 2019 with Liberal NPR host Nina Totenberg, both chuckling about the 2017 death of Republican Senator Jim Bunning. (move to the 10:04 mark)

The full transcript from Rush Limbaugh as he shares his cancer diagnosis with listeners on his show on Monday afternoon:

‘Ladies and gentlemen, this… This day has been one of the most difficult days in recent memory for me because I’ve known this moment was coming in the program today. Now, I’m sure that you all know by now, I really don’t like talking about myself, and I don’t like making things about me other than in the usual satirical, parodic, joking way.

‘I like this program to be about you and the things that matter to all of us. The one thing that I know that has happened over the 31-plus years of this program is that there has been an incredible bond that has developed between all of you and me. Now, this program’s 31 years old, and in that 31 years, there are people — you hear them call all the time — who have been listening the whole time. They’ve been listening 30 years or 25 years.

‘I just had somebody say they’ve been here three years. But, whatever, it is a family-type relationship to me, and I’ve mentioned to you that this program and this job is what has provided me the greatest satisfaction and happiness that I’ve ever experienced, more than I ever thought that I would experience. So I have to tell you something today that I wish I didn’t have to tell you.

‘It’s a struggle for me because I had to inform my staff earlier today. I can’t escape… Even though people are telling me it’s not the way to look at it, I can’t help but feel that I’m letting everybody down with this. But the upshot is that I have been diagnosed with advanced lung cancer, diagnosis confirmed by two medical institutions back on January 20th. I first realized something was wrong on my birthday weekend, January 12th.

‘I wish I didn’t have to tell you this, and I thought about not telling anybody. I thought about trying to do this without anybody knowing, ’cause I don’t like making things about me. But there are going to be days that I’m not gonna be able to be here because I’m undergoing treatment or I’m reacting to treatment, and I know that that would inspire all kinds of curiosity with people wondering what’s going on.

‘And the worst thing that can happen is when there is something going on and you try to hide it and cover it up. It’s eventually gonna leak, and then people are gonna say, ‘Why didn’t you just say it? Why’d you try to fool everybody? ‘ It’s not that I want to fool anybody. It’s just that I don’t want to burden anybody with it, and I haven’t wanted to. But it is what it is. You know me; I’m the mayor of Realville.

‘So this has happened, and my intention is to come here every day I can and to do this program as normally and as competently and as expertly as I do each and every day, because that is the source of my greatest satisfaction professionally, personally. I’ve had so much support from family and friends during this that it’s just been tremendous. I told the staff today that I have a deeply personal relationship with God that I do not proselytize about.

‘But I do, and I have been working that relationship (chuckles) tremendously, which I do regularly anyway, but I’ve been focused on it intensely for the past couple of weeks. I know there are many of you in this audience who have experienced this, who are going through it yourselves at the same time. I am, at the moment, experiencing zero symptoms other than… Look, I don’t want to get too detailed in this.

‘What led to shortness of breath that I thought might have been asthma or — you know, I’m 69 — it could have been my heart. My heart’s in great shape, ticking away fine, squeezing and pumping great. It was not that. It was a pulmonary problem involving malignancy. So I’m gonna be gone the next couple days as we figure out the treatment course of action and have further testing done. But as I said, I’m gonna be here as often as I can.

‘And as is the case with everybody who finds themselves in this circumstance, you just want to push ahead and try to keep everything as normal as you can, which is something that I’m going to try to do. But I felt that I had to tell you because that’s the kind of relationship I feel like I have with those of you in this audience. I say it every Christmas, which is what I feel more thankful than as Thanksgiving.

‘And I feel thankful at Thanksgiving, but Christmas it really gets to me. But over the years, a lot of people have been very nice telling me how much this program has meant to them. But whatever that is, it pales in comparison to what you all have meant to me. And I can’t describe this. But I know you’re there every day. I can see you. It’s strange how, but I know you’re there.

‘I know you’re there in great numbers, and I know that you understand everything I say. The rest of the world may not when they hear it expressed a different way, but I know that you do. You’ve been one of the greatest sources of confidence that I’ve had in my life. So I hope I will be talking about this as little as necessary in the coming days.

‘But we’ve got a great bunch of doctors, a great team assembled. We’re at full-speed ahead on this, and it’s just now a matter of implementing what we are gonna be told later this week. So I’ll be back here. I hope I’ll be back Thursday. If not, it will be as soon as I can — and know that every day I’m not here, I’ll be thinking about you and missing you. Thank you very much.’

Most of the announcement can be seen on the video below. Go the 27:35 mark to see Rush Limbaugh describe his medical condition and his love for his audience. 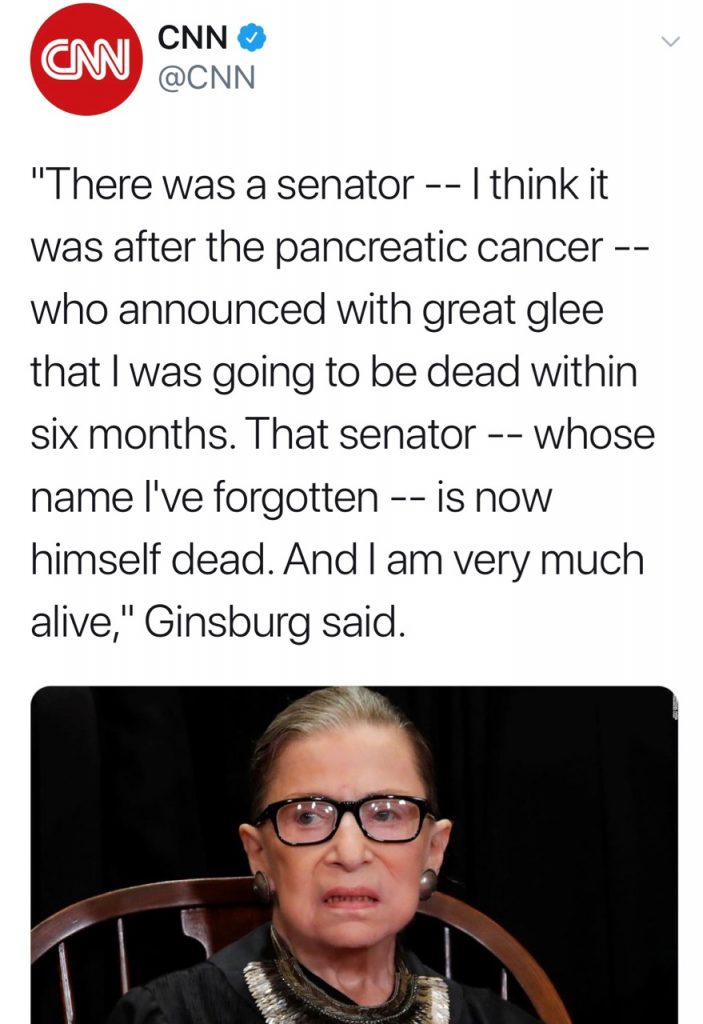 Get down with RBG
Yeah, you know me! 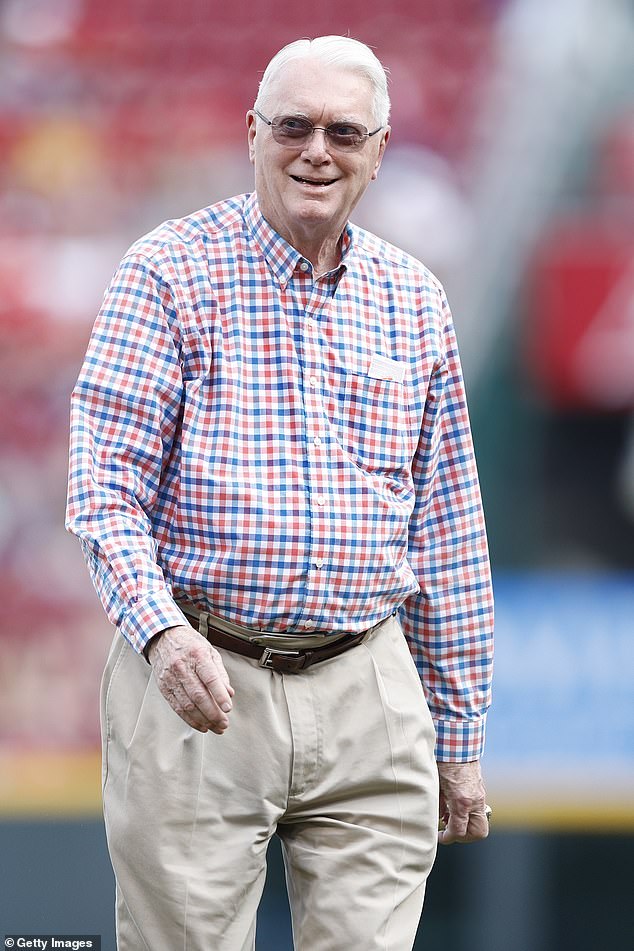 Jim Bunning, Hall of Fame pitcher and senator from Kentucky

Jim Bunning died in 2017 at the age of 85, one year younger than Ruth Bader Ginsburg is today. 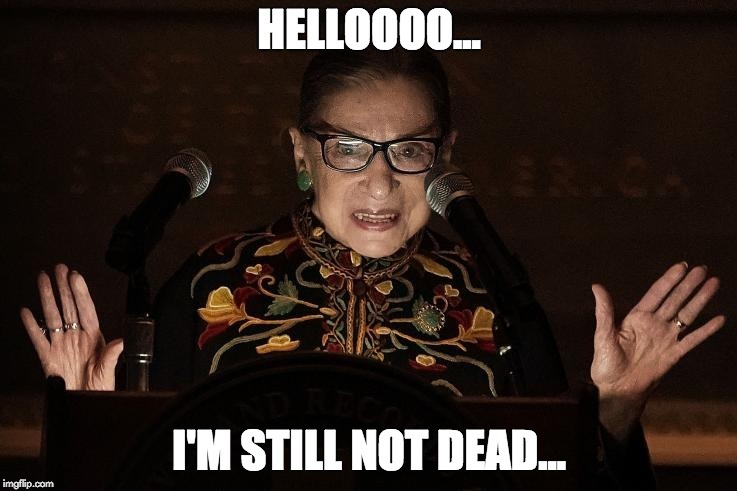 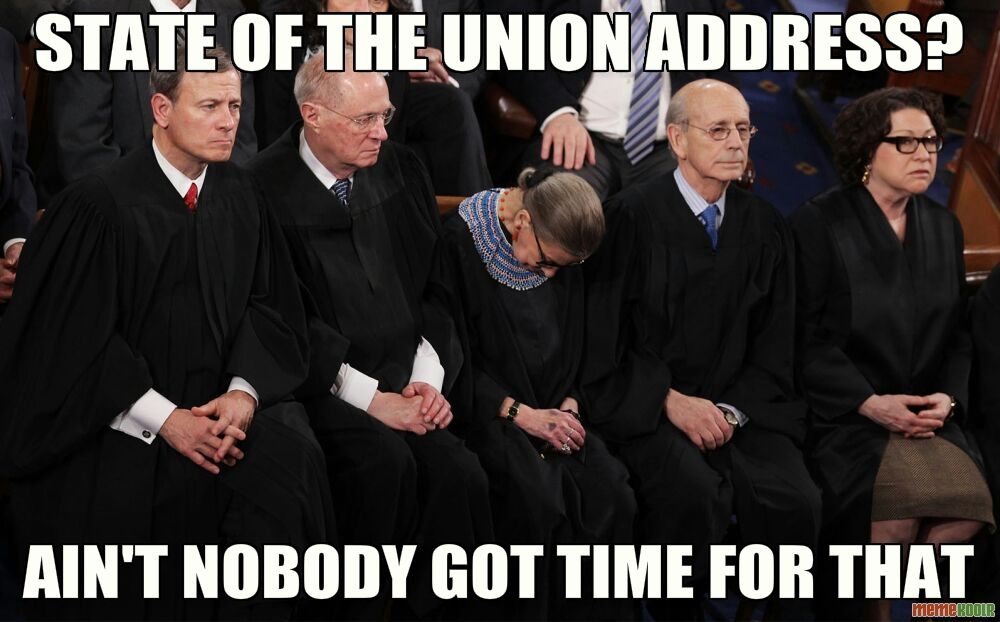 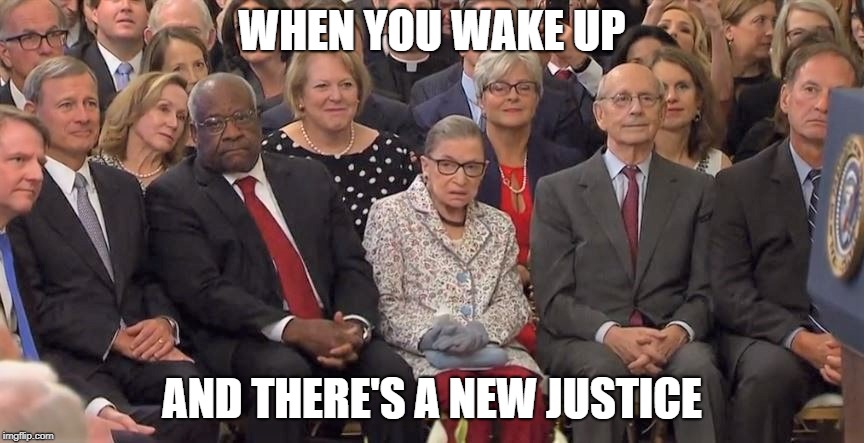