🎥 Rewind the highlights from the 83-62 victory vs. North Carolina ⤵️ pic.twitter.com/5JMUZDJMQY

There is euphoria in Card Nation. The University of Louisville basketball team just pummeled the #12 ranked North Carolina Tar Heels in Chapel Hill. It is the first time Louisville has ever beaten UNC at their facility.

This game was so out of control that ESPN switched away with 4 minutes left to catch the opening tip of Duke vs Florida State. Just another Louisville boot stomp dominating performance that becomes tiresome to the national audience. (I kid!).

For first year Louisville coach Chris Mack, it is a stamp of validation after a tough loss to Kentucky and a head scratching loss to woeful Pittsburgh. This victory over UNC is the bookend to an early season takedown of #9 Michigan State.

The first shocker is considered somewhat lucky. The second one validates the coach.

Welcome to the University of Louisville, Chris Mack. 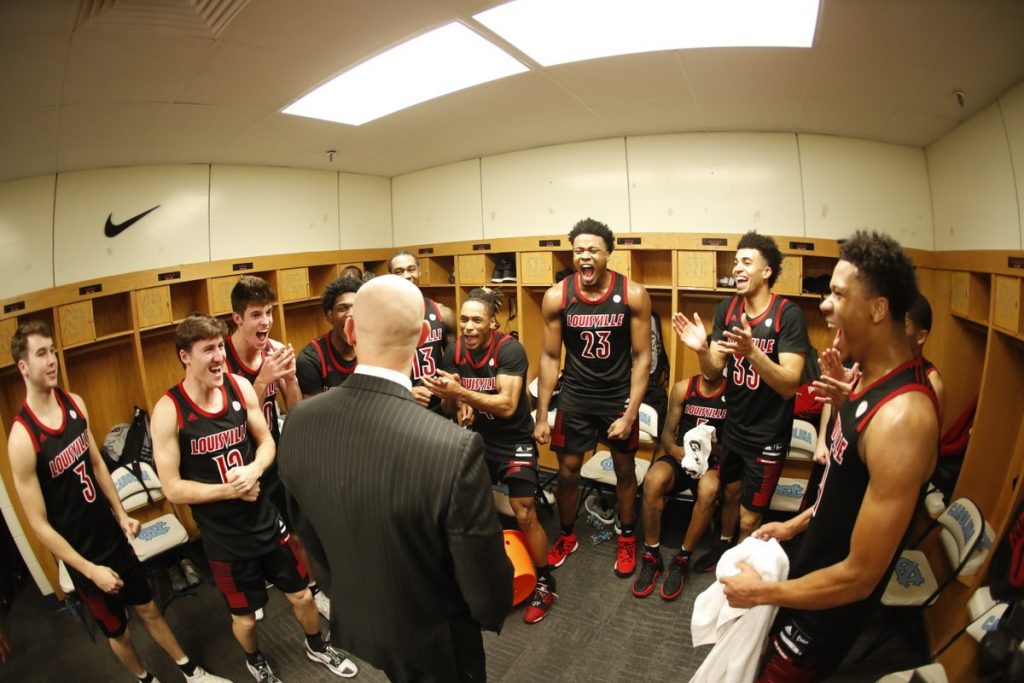 Chris Mack celebrates with his UofL team after thumping UNC 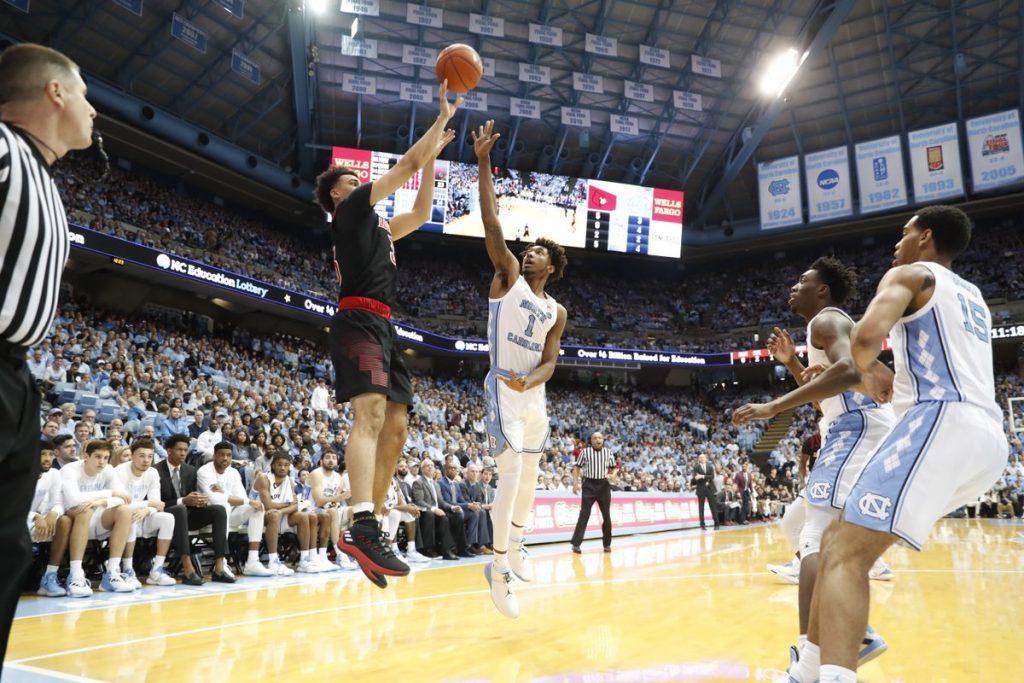 Jordan Nwora gets the job done 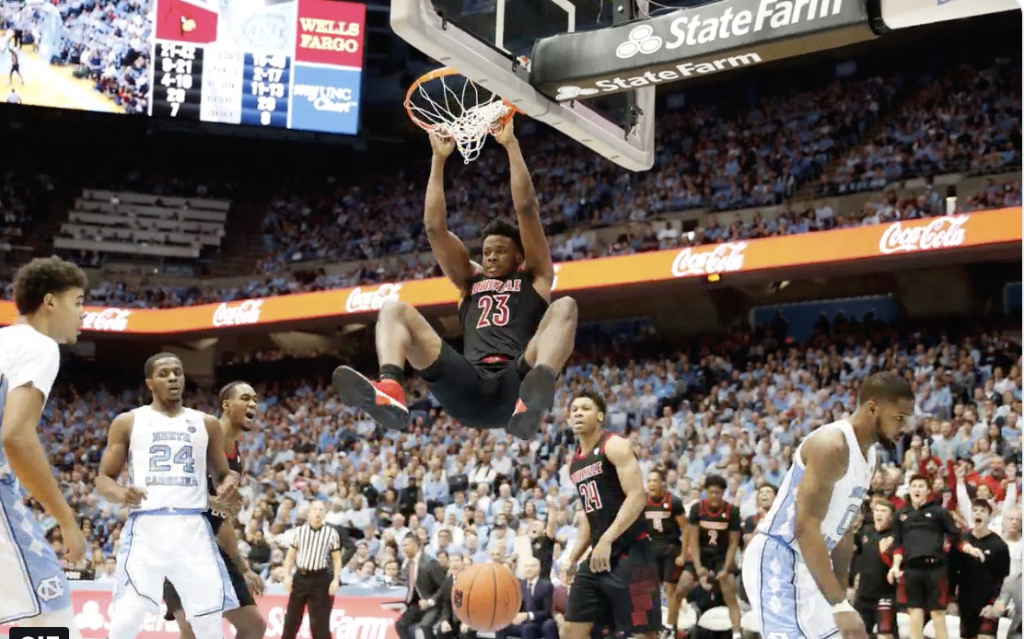 Stephen Enoch had the signature slam.