I am looking forward to a Sopranos prequel with the son of James Gandolfini playing the role of young Tony. There’s a casting call today in New Jersey for extras to appear in the film. 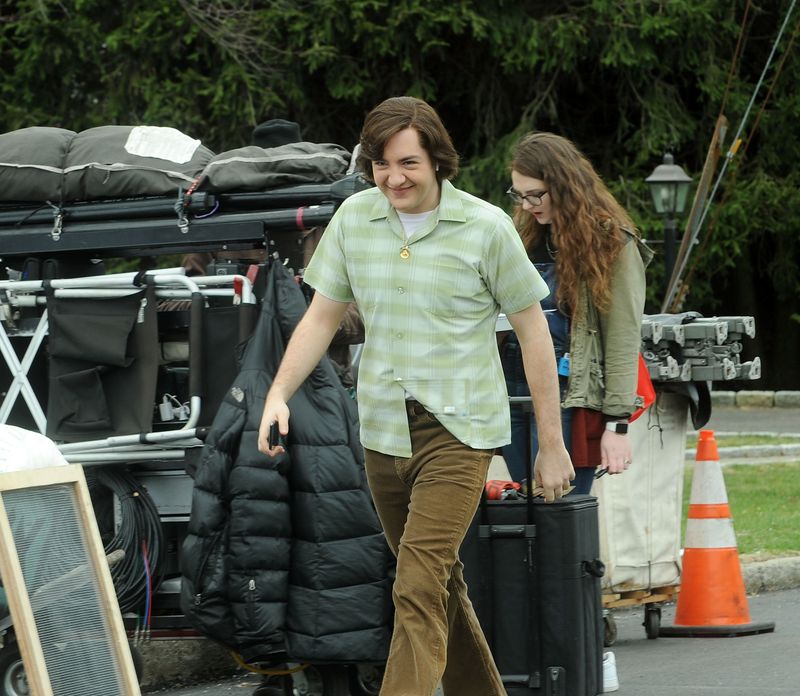 Michael Gandolifini on the set of Angels of Newark, the prequel film telling the story of The Sopranos (2019)

A few months ago, the cast of The Sopranos got together with NBC to celebrate the show and the life of the late James Gandolfini.

Drea de Matteo was not present for the reunion. Here’s a 2004 interview where the status of her Sopranos character is hazy. At the time of this Jay Leno appearance, Drea had started on the new NBC comedy “Joey.”

Also gone is Tony Soprano’s mom, but in the prequel Livia will be at her height of irksomeness. I’ll mute those parts to get through it.

Loved meeting Vincent “Big Pussy” Pastore at WHAS Radio a few years ago. He talked about various goon characters he’s been pitched over his career.