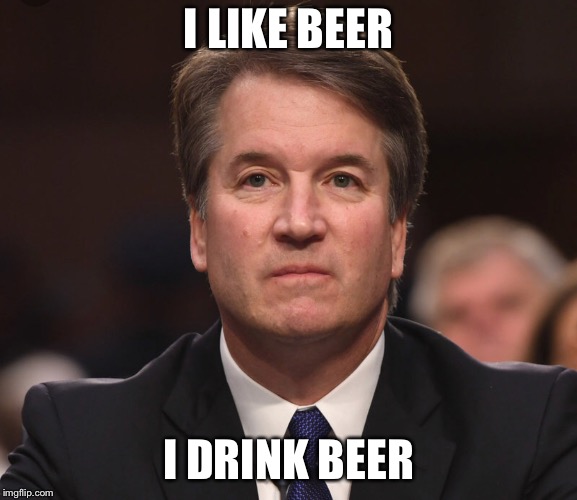 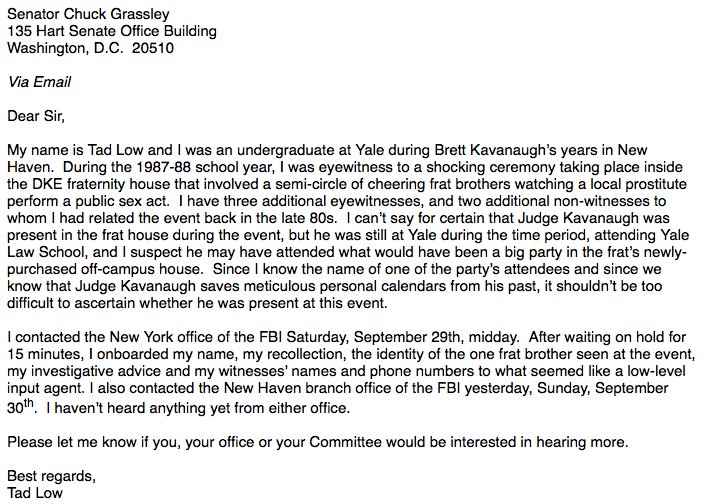 America, 2018. A frat boy named Tad doesn’t know if Supreme Court nominee Brett Kavanaugh was at a house party where a naked woman was showing her nay nat, BUT HE COULD HAVE BEEN THERE!

This could be the big one! Yalie sends Sen. Coons a new Kavanaugh allegation. Coons forwards to Chairman Grassley… pic.twitter.com/5Lu7DLY4We

Due process is for progressives like David Letterman and Tom Brokaw.

The Trumpster ain’t having it.

Trump: "My whole life, I've heard you're innocent until proven guilty. But now you're guilty until proven innocent….I say that it's a very scary time for young men in America" pic.twitter.com/tsbuECwmOF 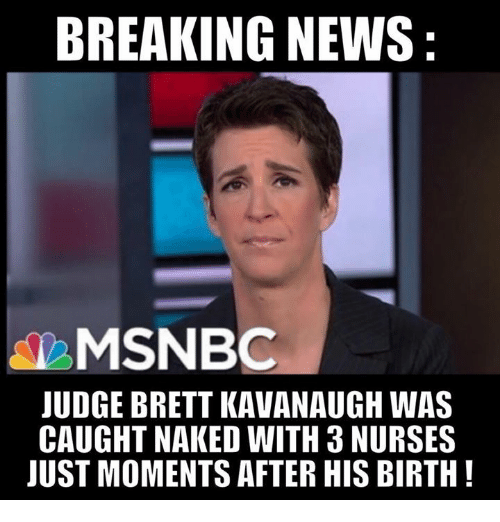