It’s no secret that newspapers are wheezing a dying breath. Louisville’s Courier-Journal may have unplugged the ventilator by refusing to run a column by its only known conservative voice.

In an obvious oversight, The Courier-Journal’s new publisher, Wesley Jackson, has not contacted this columnist for suggestions on saving the newspaper from the fate of the New Orleans Times-Picayune (which produces a paper edition only thrice weekly) or worse. Jackson has implemented reforms related to financial viability rather than content, but the latter affects the former. So here, free of charge, are some ideas to promote this publication’s prosperity.

Balanced Opinion Pages. The Courier-Journal opinion pages are stridently liberal. Journalistic jihads against Kentucky’s Republican U. S. Senators, Mitch McConnell and Rand Paul, and crusades for gun control and higher taxes, are in full force and frequently fill almost the entire editorial and op-ed pages. Such one-sidedness neither works in the marketplace nor serves the public interest.

Make the current editorial page (i.e., the page on the left) into a “Left Page” and there continue presenting hopelessly liberal columns, cartoons, and letters. Convert the op-ed page (i.e., the page on the right) to a “Right Page” and present conservative/libertarian columns, cartoons, and letters now largely absent from Louisville media. Give each page equal resources, and let the competing philosophies battle it out in the marketplace of ideas. The community would benefit from real, vigorous debate, and subscribers who deserted the paper due to its liberal bias might return. 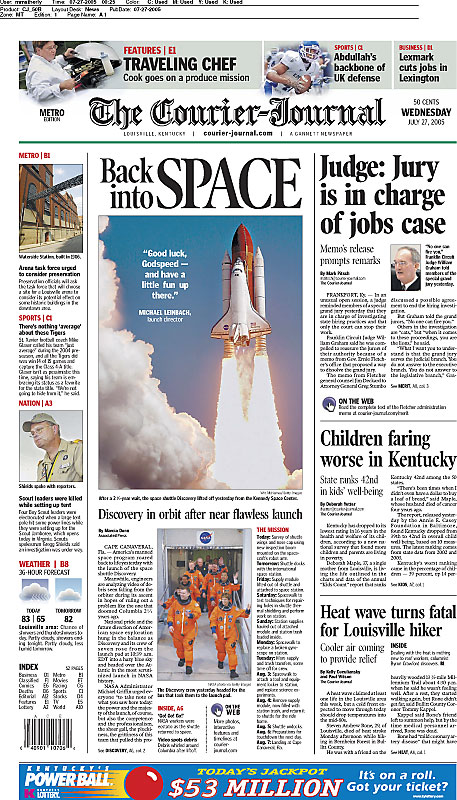