Skip to content
You are here
Home > Uncategorized > Deniers cringe at the Trumpification of America; media in a tizzy

The war between the Trumpsters and the Liberals is just warming up. 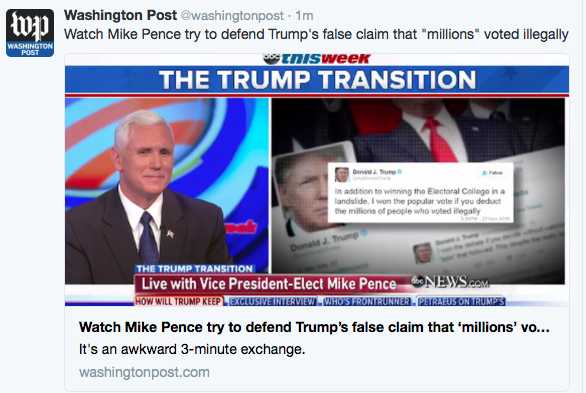 As Trump Derangement Syndrome continues to grip about half of America, President-elect Donald Trump launched his victory tour across America. He visited Indianapolis for the Carrier jobs celebration and then went on to Cincinnati where Kentucky Governor Matt Bevin spent time with Trump and VP-elect Mike Pence.

The next day, Gov. Bevin spent time in my studio recounting the event and projecting how a Trump presidency will benefit Kentucky and America.

10 THINGS LIBERALS WANT FROM PRESIDENT OBAMA BEFORE HE LEAVES OFFICE

Matt Bevin’s surprise 2015 victory in Kentucky turned out to be the canary in the coal mine for the state’s Democrats. Trump’s unlikely victory mirrored the same societal change that Bevin blazed. 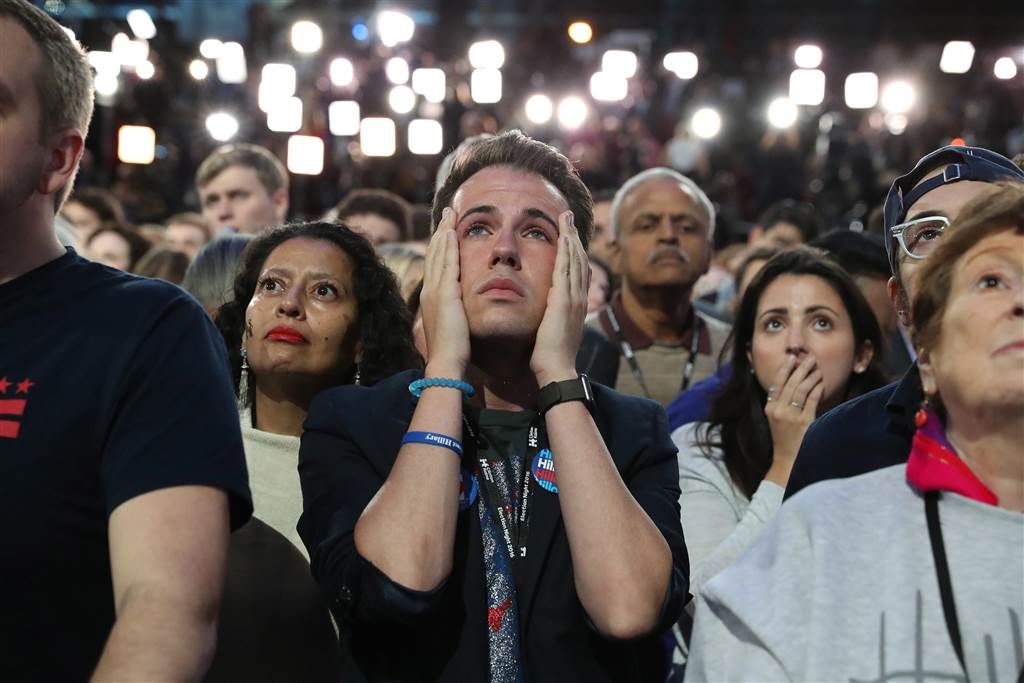 Ardent Hillary fans are the new Walking Dead. Deniers are acting out in the streets. “Not my president,” they cry in denial as some throw not-my-bricks through store windows. Sad. 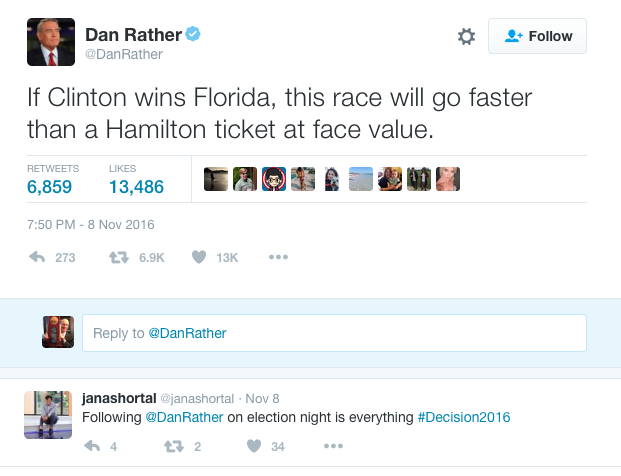 Many Liberals remain distraught over the end of Obama and a future with Trump. Some Conservatives are taunting their political counterparts, further dividing the political spectrum.

This article may be the best thing I’ve read on the subject of Liberal inability to understand the Trump phenomenon.

TURNING OFF SKYNYRD DOESN’T MAKE IT GO AWAY

The overwhelmingly left-leaning American media is also grappling with an adversarial Trump administration. 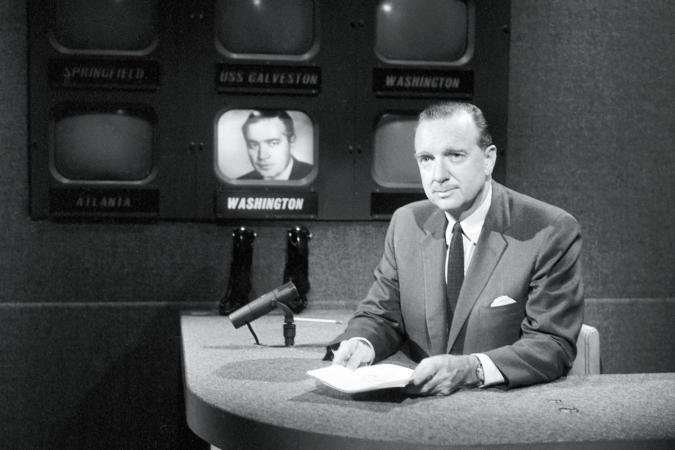 The president-elect is notoriously thin skinned about negative media coverage and comedians who dare to lampoon him. 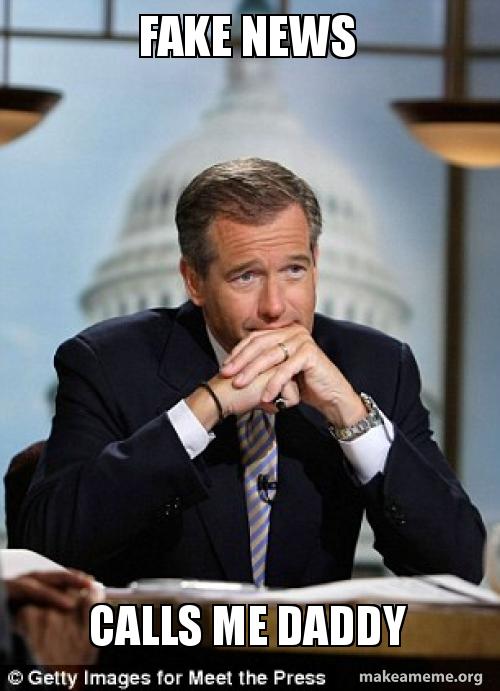 Donald Trump has somehow knocked the fourth estate on its ear. A left-leaning mainstream media, baptized in the early days of television by secret leftie Walter Cronkite, has enforced its will for 65 years on the news consuming public. Honey Badger Trump don’t care.

I’ve been in the media for 40 years and have worked with outstanding colleagues. The truth is, many more of them tend to favor Democrats. That support is subtly generated through news writing, editing, soundbite selection, and avoidance of certain story elements sympathetic to Republicans. Even the people who schedule commercials can determine whether a candidate’s ad runs at the beginning of a break or is buried at the end.

These same subtleties apply to national news organizations with massive dissemination power. Just DVR a week’s worth of any network newscast and judge for yourself. Even quicker, stand in front of the magazine rack at your corner pharmacy and notice the political leanings of 90% of the personalities featured on covers. Hollywood. Rock stars. Pop culture phenoms. 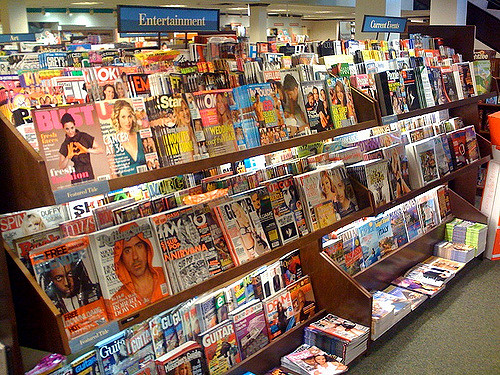 You already know who the cool kids worship.

Comedians are tearing into the thin-skinned Trump at every opportunity. Trump whines and the comedians just crank it higher. Then Trump replies with childish inanities: Sad! Pathetic!

Professional media messaging to the American public (online, broadcast, print, outdoor) is overwhelmingly left. That’s why singular outlets like Fox News, Rush Limbaugh, Breitbart, et al. generate such illuminated wrath. The 90% isn’t interested in what the 10% thinks, but that ten percent of media matches up with 50% of the American voting public.

That’s called a great return on investment. That’s also why The Donald was prepping his own Trump TV network after his “inevitable” election loss. Only a smattering of prominent conservative outlets vs. a dominant left-leaning “mainstream” media leaves money on the table for more right-leaning fare.

Liberal media election hysteria is slow to recede, but CNN pundit Van Jones is finally walking back his emotional flamethrower from election night where he proclaimed that Trump’s victory was a “whitelash” to spurn a black president.

Remember how media hysteria built as Trump’s electoral numbers started pushing toward victory? World markets WOULD PLUNGE they shouted at us. 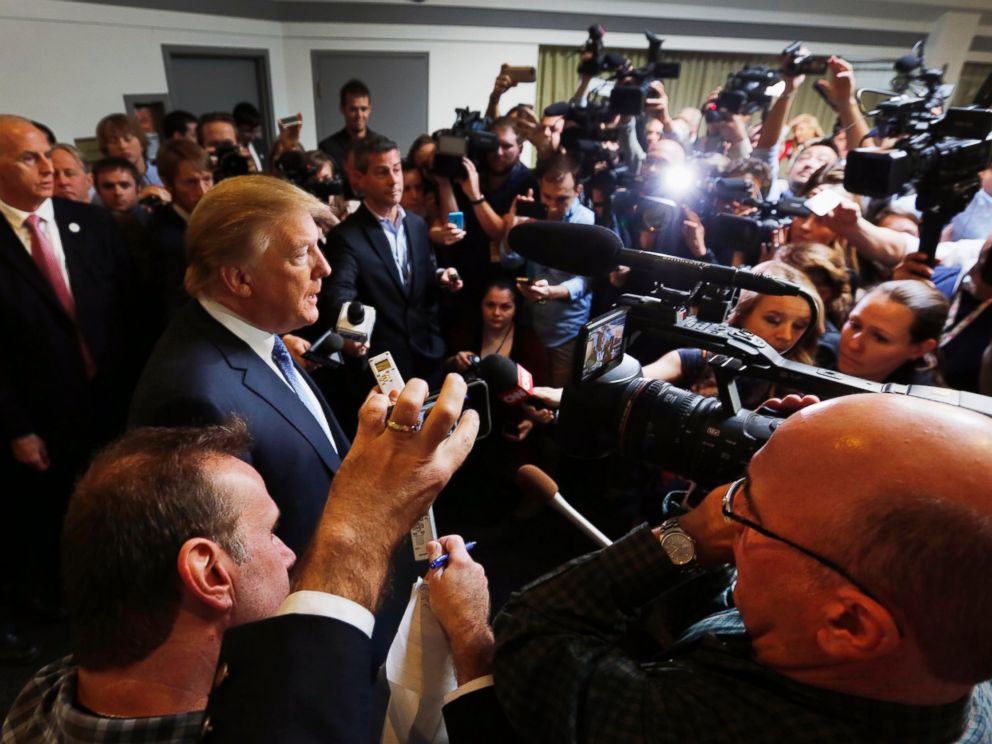 Three weeks later and the Dow Jones is at its highest level in history. No media outlet has apologized for crying wolf.

Individually, most media people think they can be fair by keeping their personal biases in check. It’s a noble thought but not very realistic. Humans inherently keep it real and clusters of like-minded people affirm each others’ slants.

Trump’s vitriol toward the media can be dangerous. True journalists must fight back to counterbalance unchecked government spin with sound investigative reporting.

The daily battle will continue between Trump surrogates and a media machine that picks apart every move the burgeoning administration makes. That’s good journalism as long as it is truthful.

Stay tuned. This is going to be a fascinating ride. Keep a canary on your shoulder.

The ups of the Downs: another stunning Kentucky Derby

How to impress your date at an Italian restaurant