Skip to content
You are here
Home > Uncategorized > Hide yo kids. Hide yo wife. But don’t hide yo news video.

Let’s go to Dayton & see how things are going at the Dollar General pic.twitter.com/IXvOjdFoB3

Armed man robs frequently robbed Dayton, Ohio store. Clerk shoots robber. Robber got off at least one shot but the clerk was unhurt. Robber stumbles to the outside of the store, collapses, and dies.

Karma, right? Witnesses say the robber did indeed point a gun at the clerk. Stand your ground. Self defense. Kill or be killed.

That’s how rational people interpret a scenario like this.

As the above tweet illustrates, the siblings of the robber are somehow incensed that the clerk had a weapon and say the clerk should have called police and “let them handle it.”

WHIO-TV aired the interview with the siblings. Viewers are surely puzzled by the notion that the robber’s siblings are angry with a man defending himself.

A media outlet is supposed to retain all broadcast materials for further review.

The interview with the robber’s angry siblings is no longer available on the WHIO-TV website.

Deletion of previously broadcast materials is media malpractice. All trust is lost between the news organization and its customer base. FAIL. 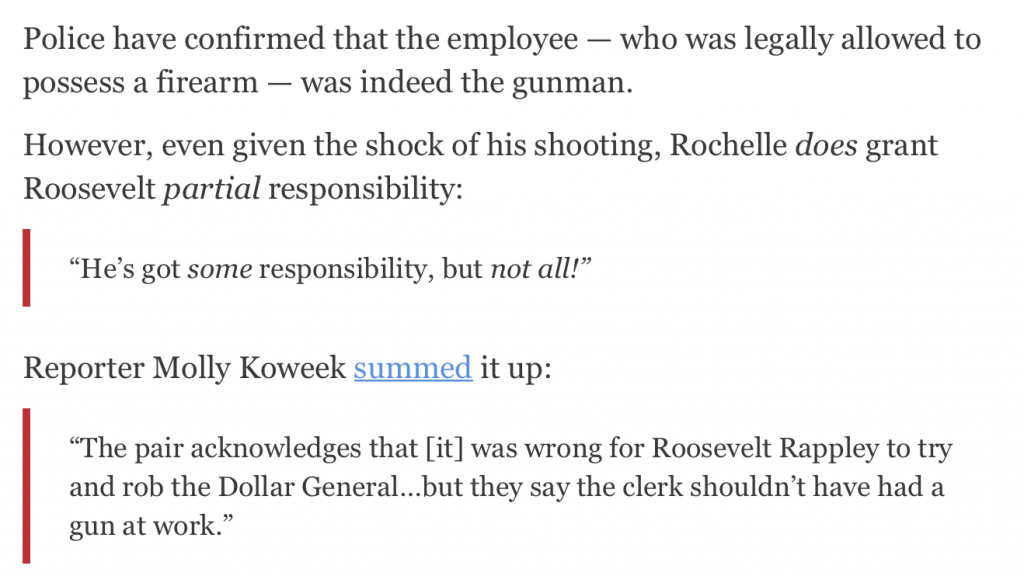