Skip to content
You are here
Home > Uncategorized > No, Goodfellas, he’s not.

No, I’m not taking that photo. But it’s a powerful message from Rick Pitino to leaders at the University of Louisville.

He very well could have captioned the photo, “I’m not going away until you pay.”

Ricky P is back in Louisville for a federal court hearing regarding his $40 million lawsuit over being being fired by the University of Louisville. That’s how much Pitino claims he is owed by the employment contract that was in place at the time of his dismissal.

UofL’s athletics association thinks Pitino deserves nothing more than the millions he has already been paid over 16 years of employment.

Looks like very little progress has been made so many see a protracted trial and appellate process that could take a decade to resolve.

Pitino was fired after a serious of embarrassments involving sex, strippers, and alleged recruiting violations.

I still believe Pitino knew nothing about the stripper scandal and that the recruiting issues were conducted outside his purview by unscrupulous assistants.

The problem for Pitino is the notion of failure to maintain institutional control over the program and its authorities, his assistants.

It will be interesting to see if a jury of working stiffs feel sympathy for Rick or want to punish him for failed leadership which erased 100+ games and a national championship.

If the over/under is $20 million, I’ll take the over. The Goodfellas will be celebrating the night that decision comes down, then again after the appeals court rules, and ultimately the state supreme court rules.

Now if everyone can just live long enough to see it. Or at least party hard tonight to envision that possibility. 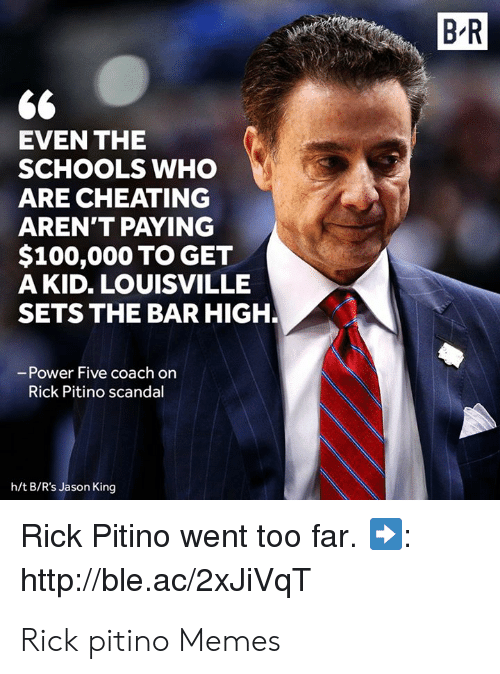 It’s quite apparent (that) your grammar’s errant

Silence of the NCAA – death penalty, where is thy sting?