Skip to content
You are here
Home > Uncategorized > Public servants on strike; God still working as a misleading cause celebre 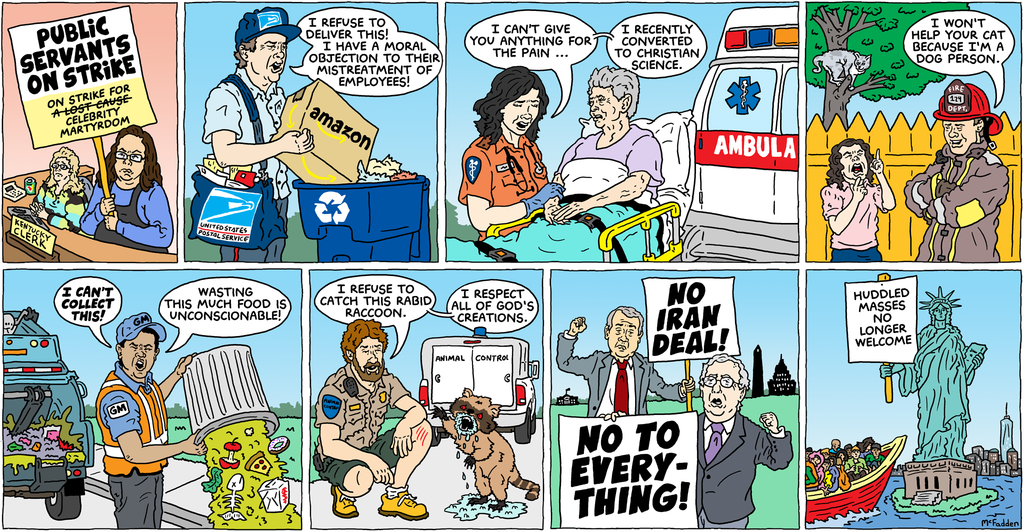 Sarah Palin is not on strike but perhaps on hiatus. Her cordial relationship with Donald Trump generates speculation that she could find a spot in his cabinet.

And that sends media wags into overdrive hoping to demean her at any turn. To wit:

Yahoo news plucked a phrase taken out of context and headlined it as an example of Palin’s idiocy. Watch the video and decide if Yahoo is hammering a knat.

The Donald, meanwhile, continues to lead in the polls but hasn’t taken the historically inaccurate stance that county clerk Kim Davis is a martyred example of the “criminalization of Christianity.

A kick in the golf balls