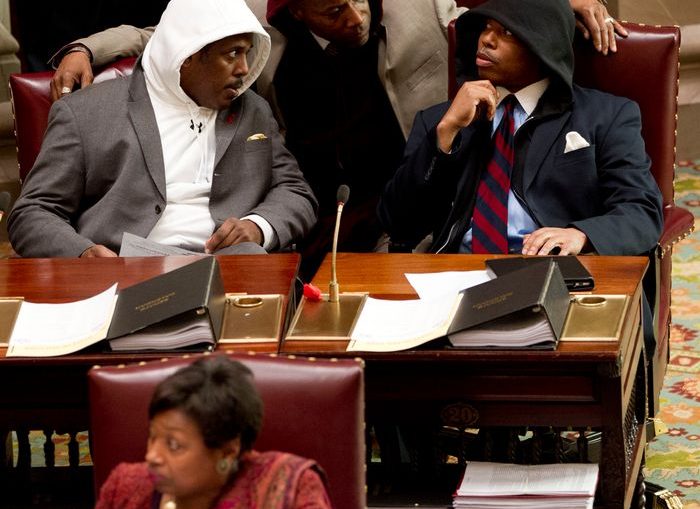 The liberal white savior always knows what’s best for Black people. You don’t even need to ask. They’ll just tell you without prompting. 😖

Change your name to DeShawn or Jamal, take off the suit, tie and handkerchief, put on a hoodie, and drive through a gated community of rich white folk and see what happens.

Barrington Martin II is a great follow on Twitter. He confounds Liberals who constantly tell him that he is not the Black man that he should be! How dare he conduct his life on his own terms!

Barrington’s poignant responses to challengers are Twitter gold. Some of his like-minded supporters deliver top notch insights, too. “Munchausen by proxy” is a brilliant assessment!

Why do you hate pro social black men like us, Joanne? Do you need someone to save to give your withered husk of a life purpose? Is that why you white saviors are so ecstatically preaching this mass, Munchausen by proxy, CRT poison? You all seem like juvenile psychopaths to me

Barrington has been very vocal in opposing Critical Race Theory, a teaching strategy that essentially divides America into two camps: oppressors and victims. Most Liberals vehemently challenge anyone who questions the value of CRT.

Some members of Congress publicly question America’s integrity during the Independence Day weekend celebration of the nation’s birth.

When they say that the 4th of July is about American freedom, remember this: the freedom they’re referring to is for white people.

The Left hates America. Believe them when they tell you this.

Two years ago, Colin Kaepernick tried to spread the same lies on July 4. I responded with the wisdom of the great abolitionist Frederick Douglass:https://t.co/XPTXlFRrP6 https://t.co/a2PAKMukMa

The outrage over critical race theory isn’t just denial of systemic racism, it is its perpetuation. Read my thoughts in the @courierjournal: https://t.co/tJ410rpnWn

Freedom of speech is a beautiful privilege. So is the freedom to be wrong.