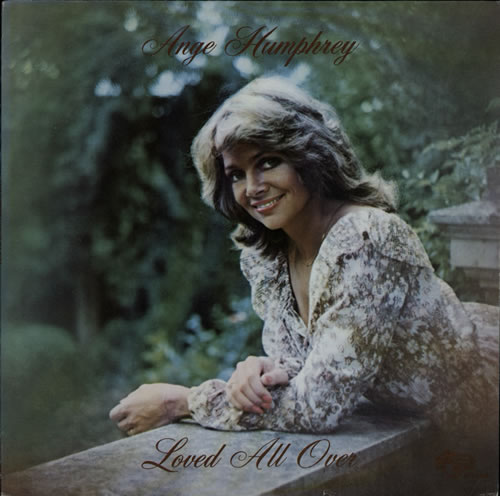 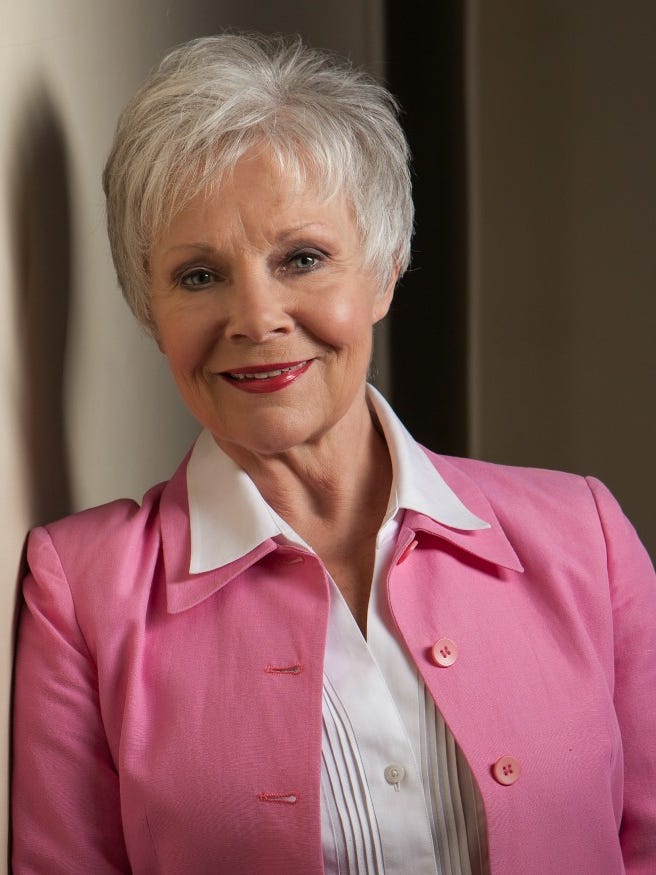 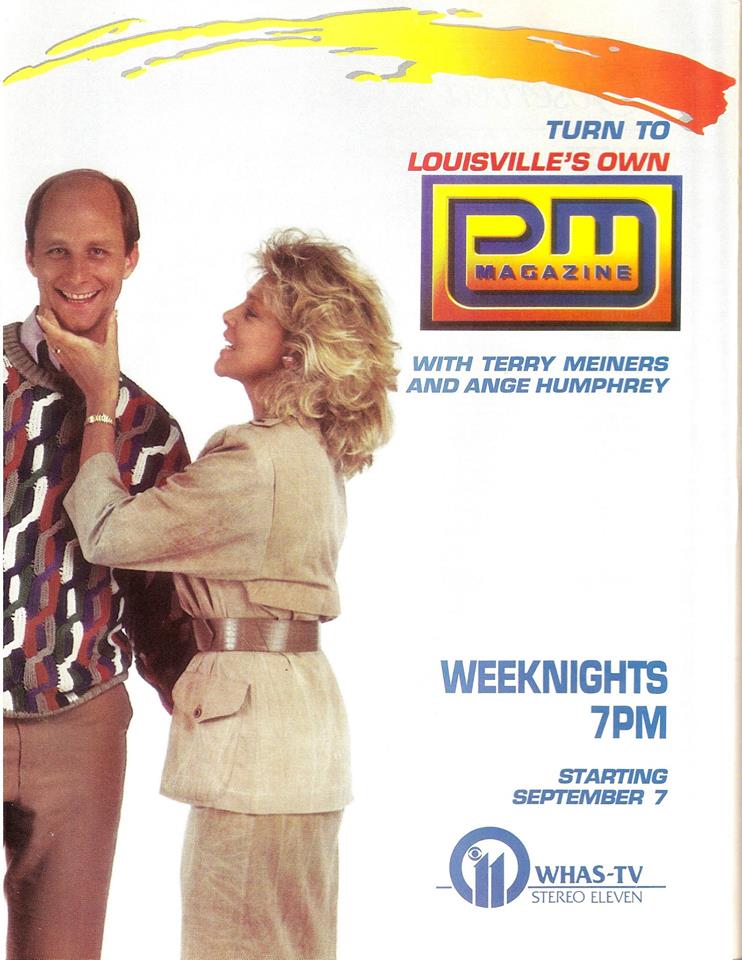 It’s already been 6 years since I sat down for a reunion with my first TV wife on WHAS11’s Great Day Live!

I was lucky enough to work alongside Ange (pronounced Angie but, yes, that’s how she spells it) Humphrey on my first regular TV show in the fall of 1987. It was a locally packaged version of PM Magazine called PM Louisville.

By that time, Ange was an established media personality from her 1973 launch as the WLKY-TV “weather girl.” She was also a country singer, emcee, interviewer, and storyteller. 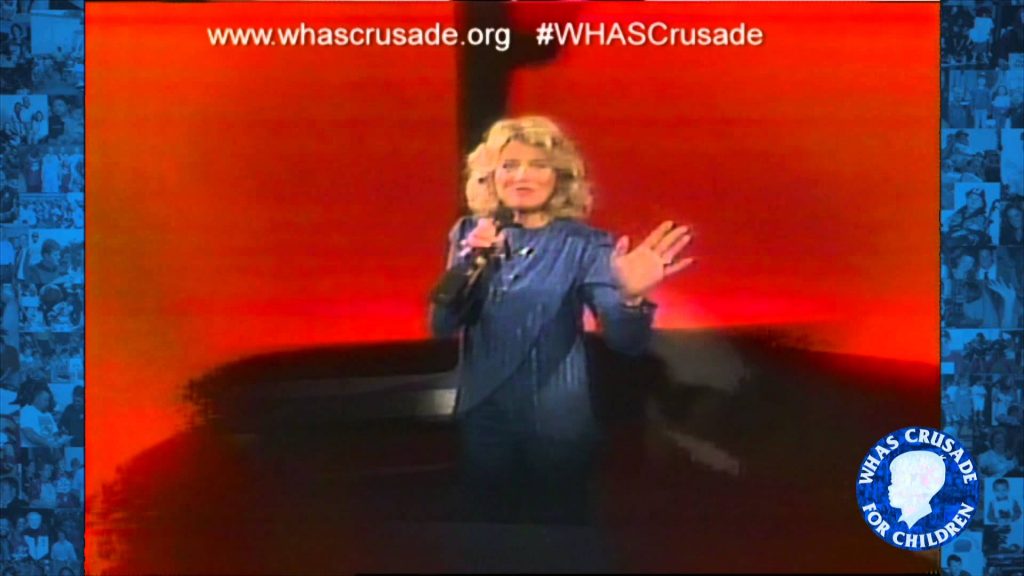 I was a TV novice but Ange was patient, kind, and thoughtful as my learning curve sharpened. Her positivity elevated the entire studio. Total pro.

Prior to our stint at WHAS-TV, Ange had hosted “Louisville Tonight,” a terrific local production. She had real star quality. That show eventually wrapped after several years. 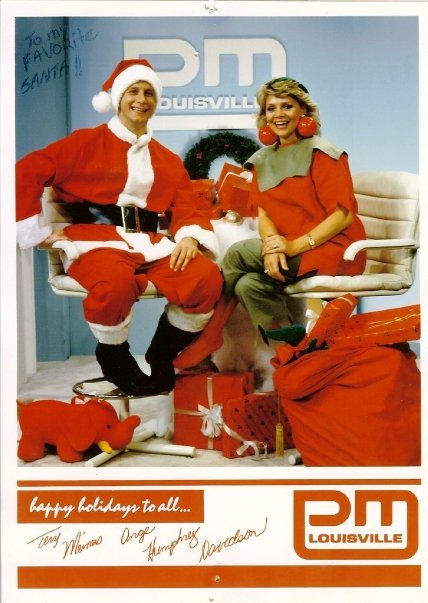 PM Louisville was created by WHAS-TV general manager Donna Zapata, who came up with the idea of pairing Ange and me. 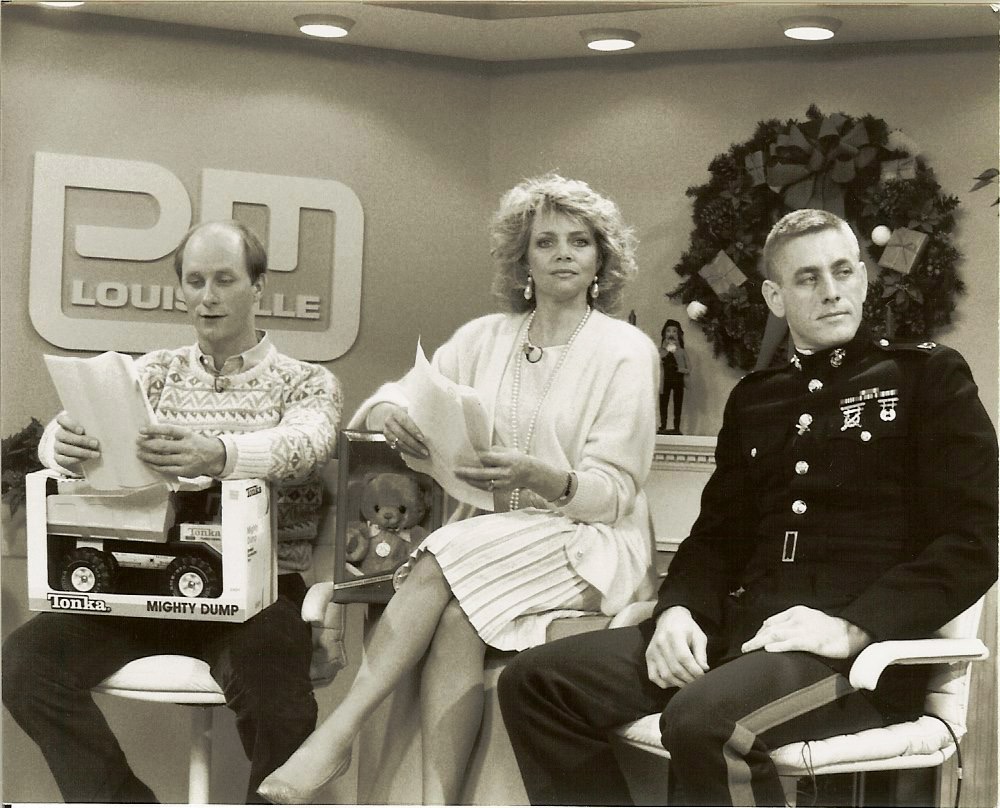 We were an instant hit. My radio show ran from 3-7 and then the taped PM Louisville popped onto WHAS11 right out of the CBS Evening News. What a great lead in!

Back during her weather girl days, Ange fell for the station manager at WLKY. They married.

At some point he turned out to be an abusive son of a bitch.

Speaking with WHAS11’s Doug Proffitt in 2011, Ange referenced that marriage this way: “It was a powerful relationship and I don’t know how else to describe it, just very powerful. It was one of those love-hate things that say love and hate run side by side, lots of passion and a lot of drama, a lot of excitement, and I survived.”

Early on, I was too dumb to understand that she was being abused by her husband (who is now quite dead), but the women on our PM Louisville production staff had to counsel her through some tough times.

Once I saw Ange with horrible bruising and then I was fully aware of her plight. The production team would help her with her TV makeup and then we would shoot 5 consecutive shows without missing a beat. No flubbed lines. No excuses. Let’s get our work done! Ange was that strong.

She would frequently tell the TV crew over the long shoot day, “If you’re waiting on me then you’re backing up.”

Just a professional performer stuffing her real life so that she did not hinder progress for the rest of the team.

I admire her more than I can possible express. Same way I feel about my second TV wife Rachel Platt. Both incredibly strong women who always delivered top notch work without complaints.

Ange is an absolute warrior. God love her. She is an Evansville minister today and says she is happier than she’s ever been.

And that’s the news. Goodnight, y’all.

She has found a peaceful balance in life and it makes my heart warm to reflect upon it. ❤️ 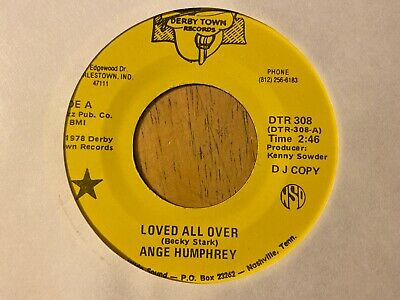