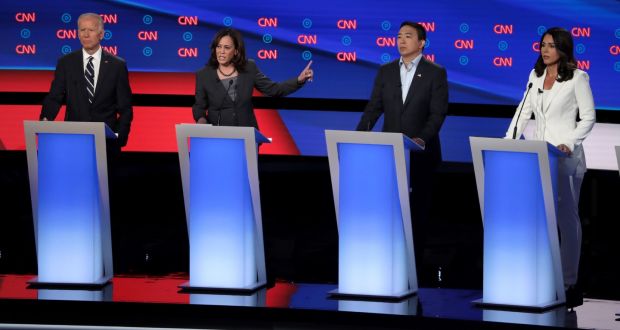 Now that they’re White House partners, it’s fascinating to watch a segment of the 2020 presidential debate among Democrats. First there was Kamala Harris ripping into Joe Biden’s support of the racially oppressive 1990s Crime Bill. Joe lobbed some heat back at her and then candidate Tulsi Gabbard absolutely shredded Harris for her racially biased strategies as California attorney general.

Tulsi has been pushed to the sidelines and now President Joe Biden and Madam Vice President Kamala Harris are all good.

I spoke with former Obama/Biden White House official Jerry Abramson about the mended relationship between the president and vice president.

As for Tulsi Gabbard, the former congresswoman from Hawaii isn’t shying away from other controversial issues.

I don't know why Tulsi Gabbard is trending but I'll use any available excuse to post this again.😏#SaveWomensSports pic.twitter.com/oNH6z8LTM3