Erin Calipari is the daughter of University of Kentucky basketball coach John Calipari. She regularly fights with people on Twitter.

This one’s a little stickier than others. Erin Calipari took offense to a social media post where Christi Mack, wife of University of Louisville basketball coach Chris Mack, applauded a post about supporting all of society, including police, during these tumultuous days of racial unrest.

Erin Calipari deleted her clapback tweet less than one hour after posting it.

Who in 2020 thinks it’s OK to demand that a man put his wife in her place? Wut? Aren’t you a Ph.D doing research at Vanderbilt? Did your husband say it was OK to go to college? 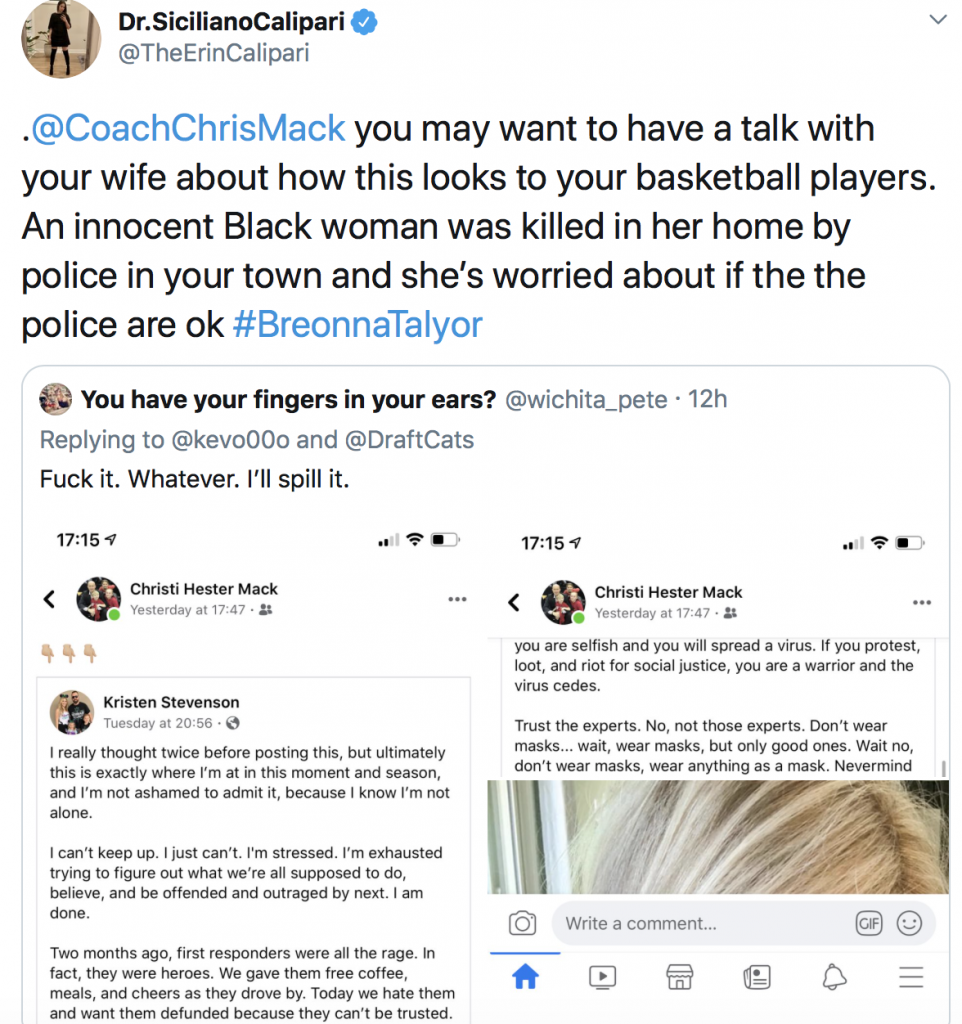 I’ve said this before – if you make money off of Black athletes you should definitely not be working to invalidate a movement to raise awareness for police violence against Black people and the inequities in our societies.

Erin has a right to her voice. So does Christi Mack. So do all people. 1A, baby!

Of course, most true blue Kentucky fans are supportive of Erin Calipari throwing a shrill bomb at her dad’s arch rivals. But she deleted the tweet so we know who still calls the shots in the family, and it’s not the one wearing a lab coat.

Here’s the full message that Christi Mack was applauding online before Erin Calipari went on the attack. 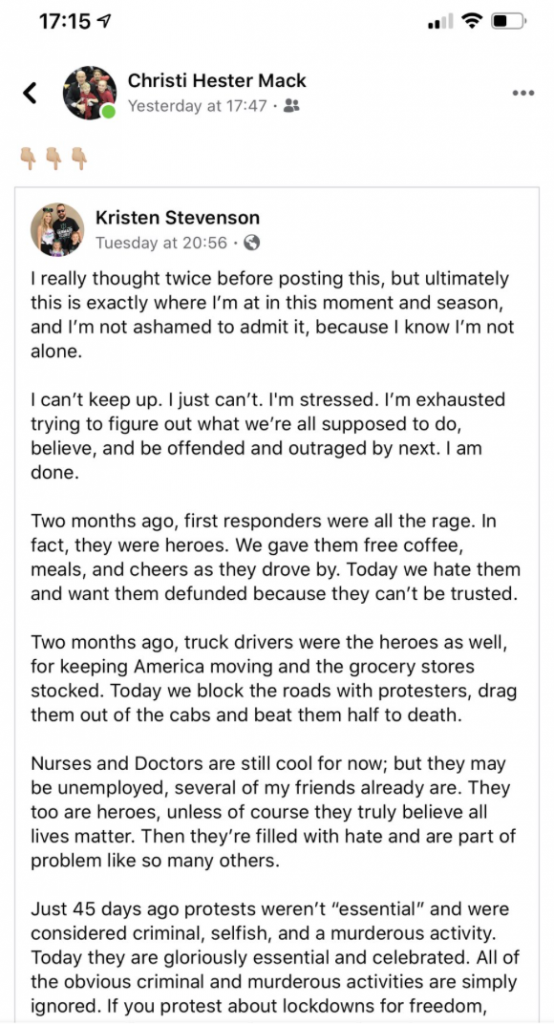 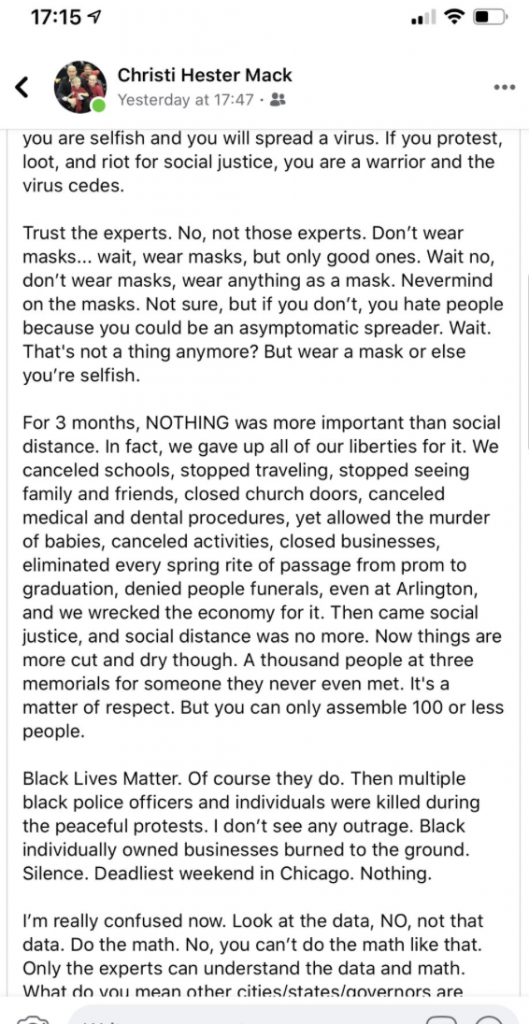 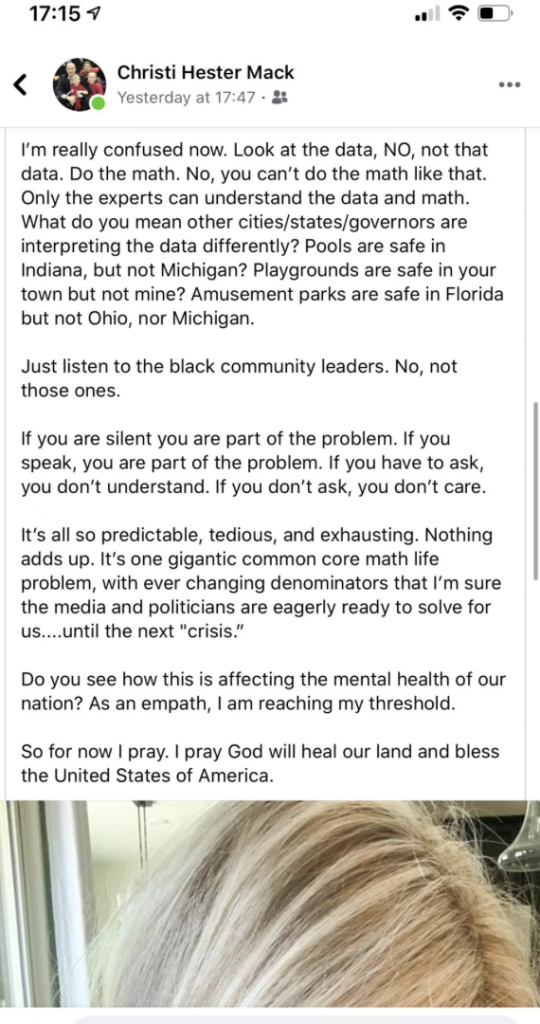