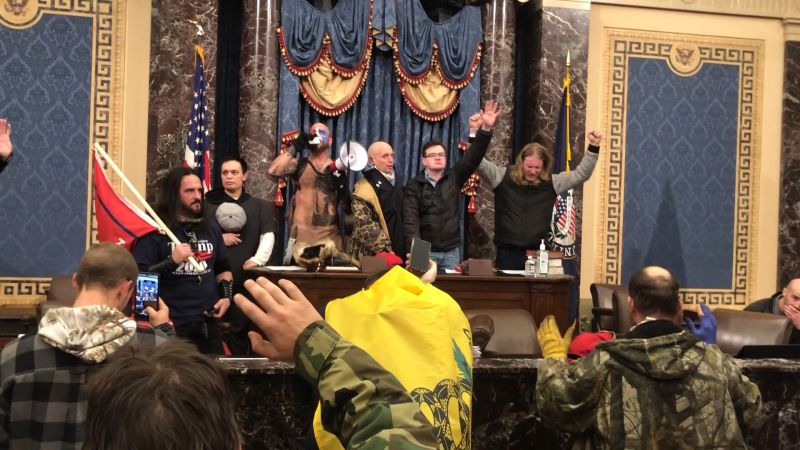 The New Yorker has released reporter Luke Mogelson’s video from inside the U.S. Capitol during the January 6 insurrection. Mogelson followed the invading Trump supporters as they breached the U.S. Senate chamber and rifled through documents and other intellectual property.

It’s a fascinating look at the outdoor rally and the ultimate overtaking of the Capitol as some security officers backed up, acknowledging invader warnings that “you’re outnumbered.”

Mogelson used the video as a reporter’s notebook for his comprehensive written piece “Among the Insurrectionists.” 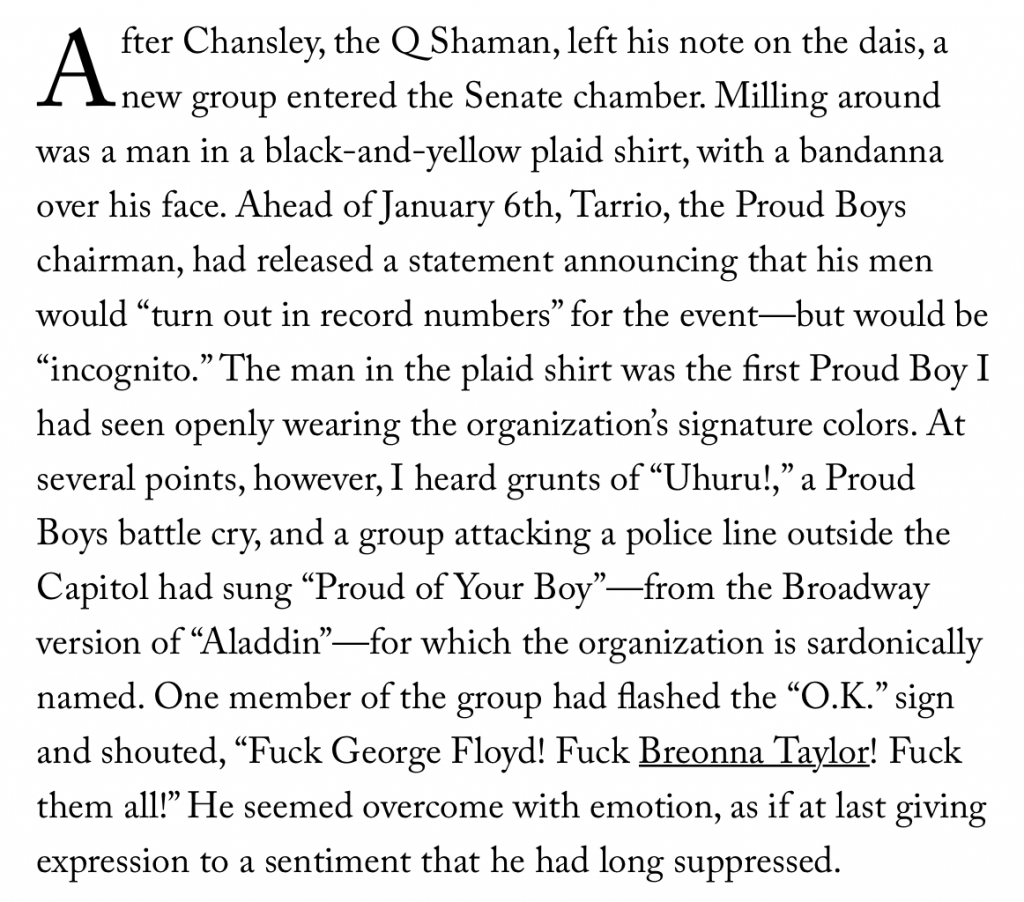 One of the insurrectionists is heard in the Senate chamber telling his colleagues, “While we’re here we might as well set up a government.”

Zip Tie Guy Eric Munchel and his mom Lisa Eisenhart have both been arrested on a variety of federal charges related to invading the U.S. Capitol.

Capitol Riot Arrest-Lisa Eisenhart was taken into custody by FBI Agents in Nashville a short time ago on charges relating to the U.S. Capitol riots. Charges include conspiring with her son, Eric Munchel to violate federal statutes. pic.twitter.com/lgjqrYN8j2

I am your friend