Yes @Rick_Pitino was wanted by many boosters but administration @UCLA said NO ! No doubt he would have brought national SUCCESS to Bruins & would have given them STAR BILLING to compete for the entertainment dollar in Hollywood!

Vitale used the wrong Pitino twitter handle (@realPitino) so it is unlikely that the former Kentucky and Louisville coach will even see it.

Checking the Vitale tweet’s reply thread, no one seems to be in a forgiving mood regarding Pitino’s rocky ride at the University of Louisville. Here’s a sampling: 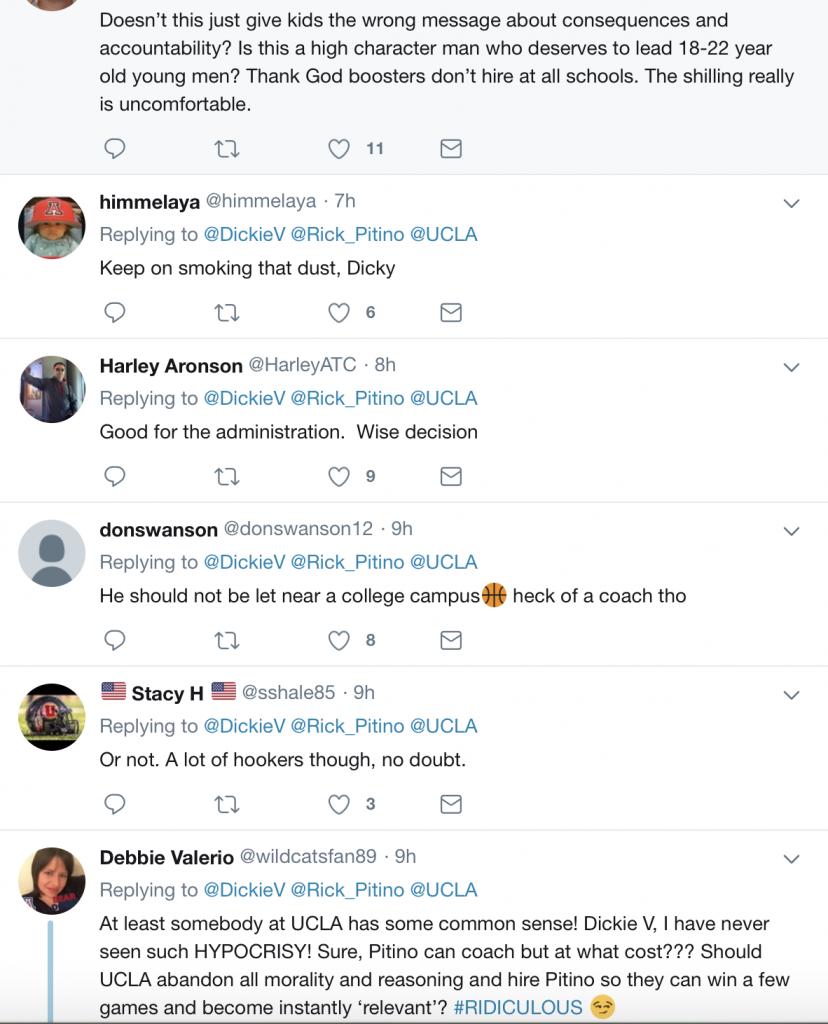 Whether or not Pitino was aware of the misdeeds of his assistant coaches, basketball fandom remains fully aware.

No PRIME TIME PLAYIN’ for Ricky P in America just yet. But he continues working in Greece and posting podcasts with the voices of his basketball allies.

For the last episode of season 1 of The Pitino Press, I had Jim Boeheim, @Cuse_MBB Hall of Fame coach and close friend. https://t.co/P7q17ePSEL