Skip to content
You are here
Home > Uncategorized > Financial experts: here’s how to save $300+ million on KFC Yum Center payments. Oh, and where is that other $29 million?

In a radio chat this week, I asked Louisville Mayor Greg Fischer about an expert’s plan that could save $300 million paying off the KFC Yum Center ($10m per year). The mayor seemed underwhelmed.

The Metro Council is considering tripling the local tax on insurance premiums. Taxpayers are incensed that the mayor and council aren’t first considering budget cuts.

Below are the financial plan details submitted by businessman Denis Frankenberger and affirmed by former attorney general Chris Gorman and other financial experts who wish to remain anonymous.

A sidebar to this story is that $40 million ($39,592,081 to be exact) in additional debt was piled onto the principal during the 2017 refinancing of the arena. Taxpayers have been told that approximately $11 million of the fresh $40 million was spent for fees to complete the refi.

Where is the other $29 million? No one seems to be addressing that mystery.

Frankenberger, who described his plan on my radio show, emailed Metro Council President David James the day after my conversation with Mayor Greg Fischer. 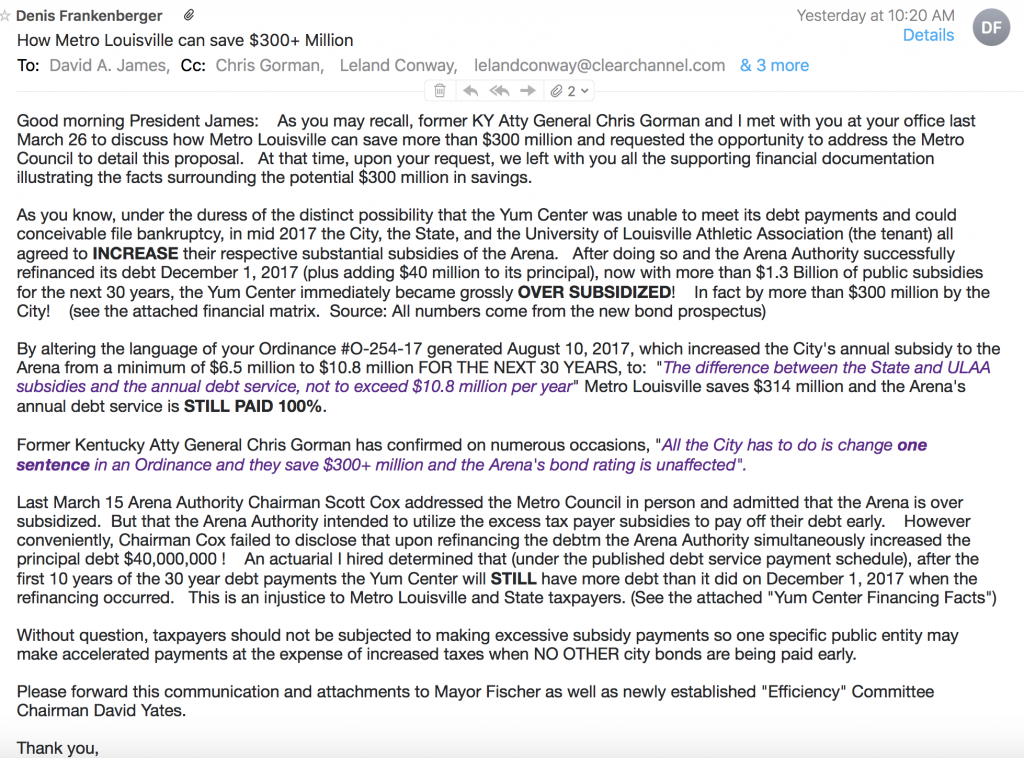 Below are documents that Frankenberger attached and submitted to city leaders. 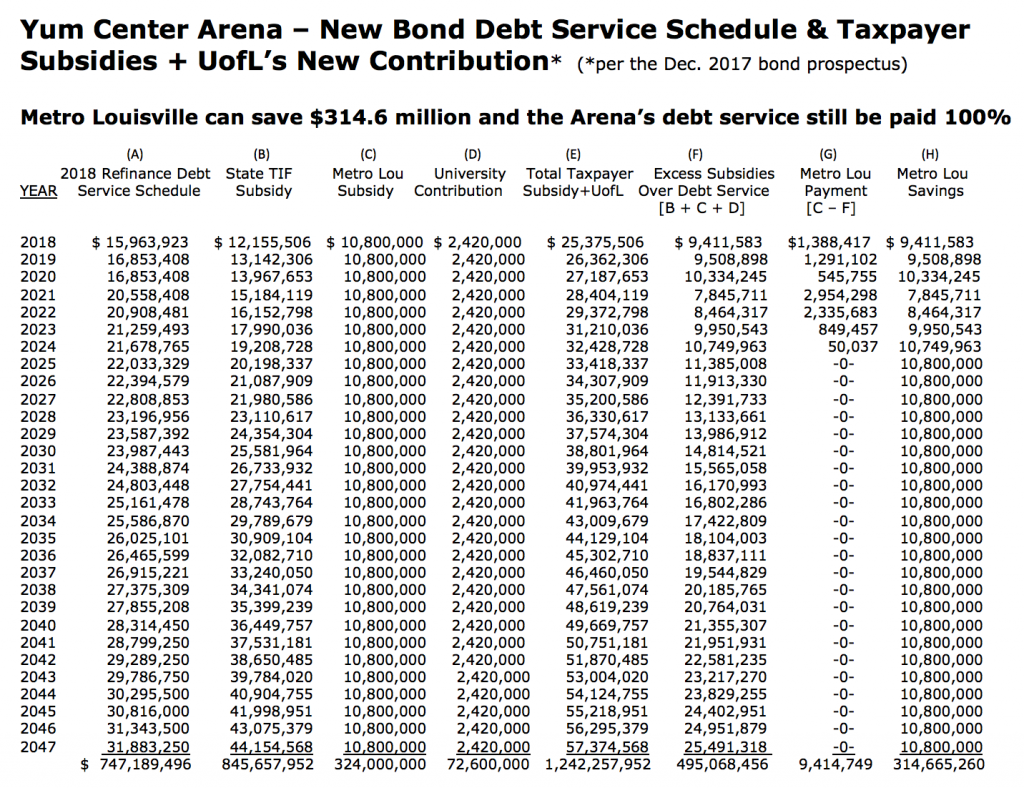 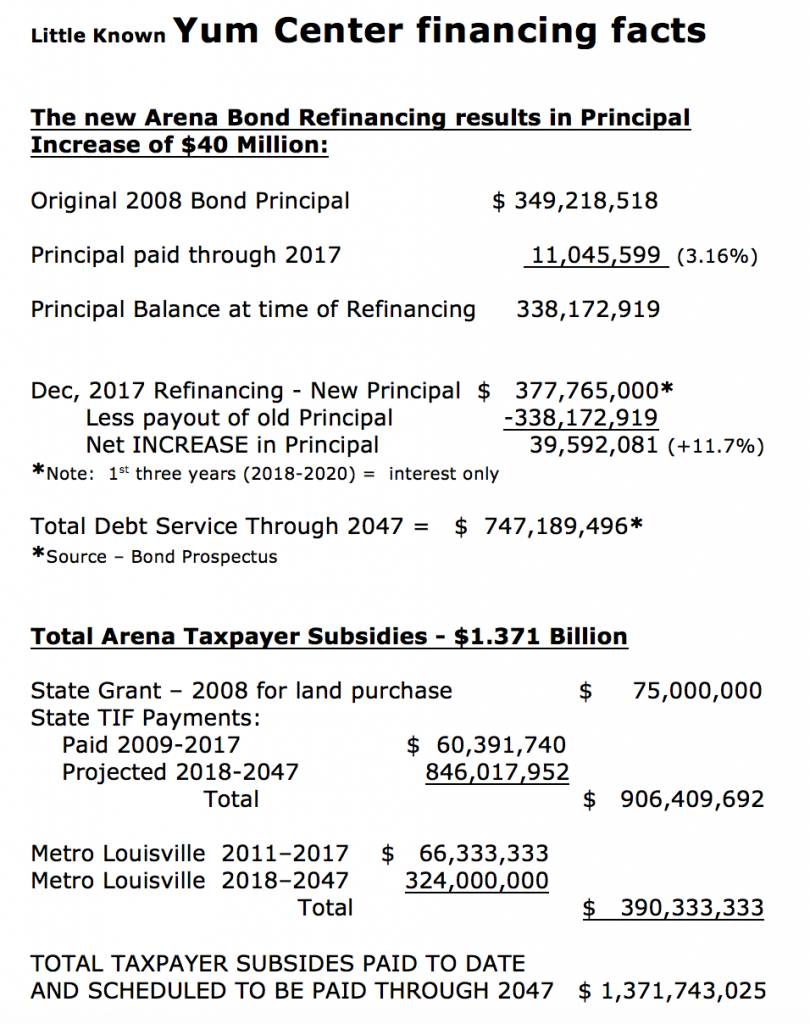