Last year’s PGA Championship and FedEx Cup winner Justin Thomas plays a pretty strong ad lib game, too. JT was slinging sharp quips with NBC Tonight Show host Jimmy Fallon while playing a game of FaceBreakers. FedEx was pitching a gift to the St. Jude Children’s Hospital in Memphis and used the game as a promo.

Nonetheless, Justin showed some chops as a quick thinking interview subject, a rarity among pro golfers, especially the numbingly dry Woods. And would have guessed that Fallon is taller than Thomas?

Fallon’s favorite gag brother is Justin Timberlake. Can we soon see a JT vs JT dance off? Timberlake is a golf fan so it seems like a natural fit. 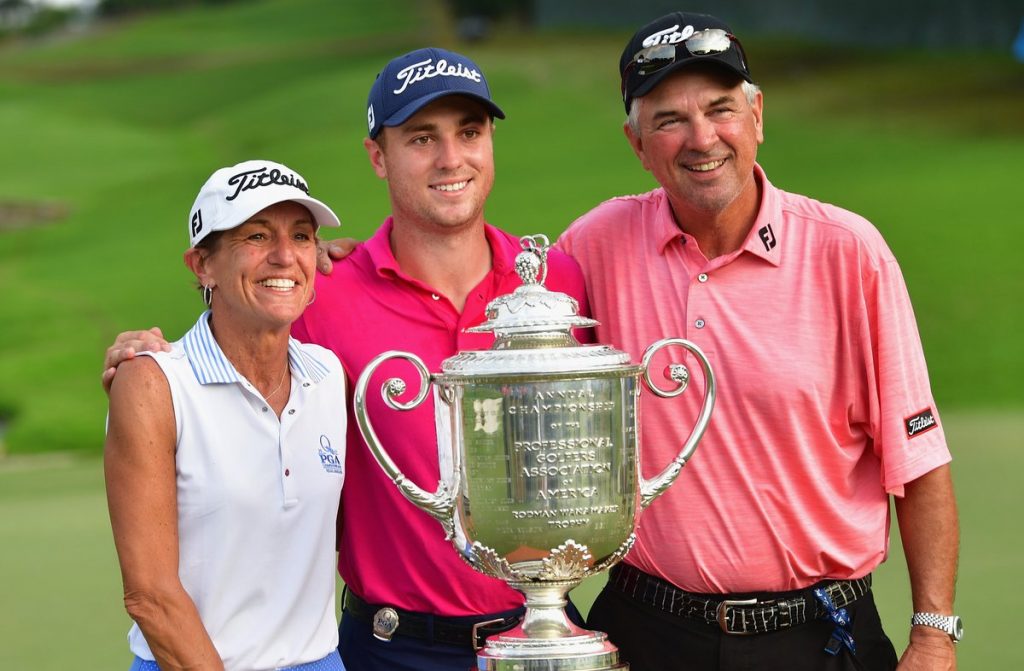