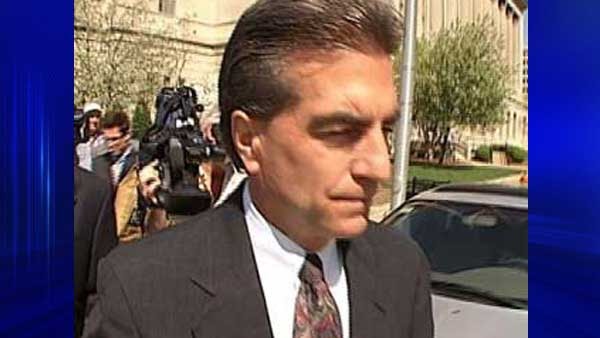 The lines in Paul Barth’s face say more than his careful choice of words. He can’t say much on the record, except that he promises to “make (the Crusade for Children) whole again.”

He signed a plea agreement last month admitting that he stole $190,000 from the annual campaign for special needs children, plus $8,277 from his former fire department. Barth admitted to fraud and money laundering and is ordered to pay full restitution and serve 3 years and 5 months in federal prison.

Now several weeks after the plea deal, Barth’s eyes dart around a dark, empty dining room as he tries to explain how a life of privilege completely slipped away in a few years.

Paul Barth grew up in an upper middle class, noteworthy family descended from onetime Louisville Mayor Paul C. Barth, who was removed from office in 1907 after the Kentucky Court of Appeals ruled his election was invalid.

After being ridiculed for accusations related to alleged misappropriation of city funds, the deposed mayor Barth killed himself later that year.

That mayor’s great-grandson is the Paul Barth of today, mired in financial rubble and awaiting a trip to prison.

Barth claims he is completely broke. He says he doesn’t even draw a salary from Frolio’s pizzeria where he works daily “to keep from losing my mind.” Barth says he relinquished his co-ownership of Frolio’s Pizza restaurant back to the Frohlich family that founded it.

That was just one action he took to pay staggering legal bills that Barth said were already beyond “hundreds of thousands of dollars” to various lawyers he’s hired.

Asked if he’s hiding money, he quickly denies it.

“I have next to nothing,” Barth sighs, adding that he cannot go anywhere without someone heaping scorn upon him. The court has limited his travel and transactions so he shuttles from his home to the pizzeria and nowhere else. 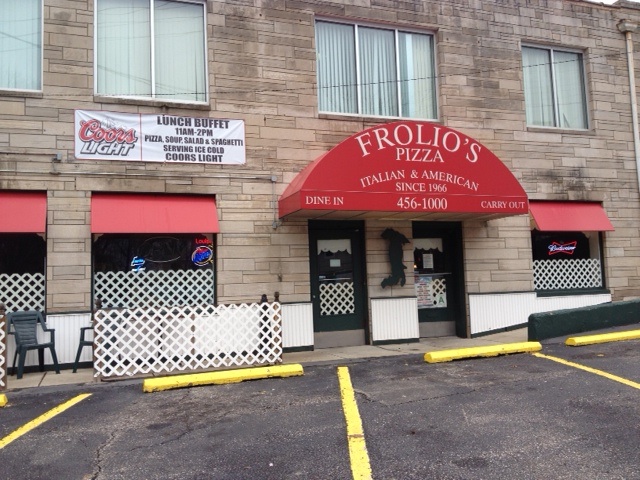 Barth is gaunt, restless, has nubs for fingernails, and dental problems from chronic grinding of his teeth. He continually bows his head as he speaks about how “all of this is just a misunderstanding.” He says he wants to clarify matters but “can’t tell my side of the story.”

Barth declined to be photographed for this story.

The government has taken liens on two properties in Louisville that could force foreclosure sales to generate the restitution required by the court. Barth owns a home in Regency Woods that he is trying to sell for about $560,000. That mortgaged home, Barth says, would provide enough equity after sale to pay the required restitution.

By that time, Barth said he had to move out and “take care of my family” with his impending incarceration drawing near.

Without informing the court, Barth recently sold a Florida condo he co-owned with his mother. That sale generated $472,500, but Barth says back taxes, condo association fees, and other encumbrances knocked his family’s takeaway down to $417,000. Barth, an only child, says he split that money 50/50 with his mother.

Also unknown to the court prior to sentencing, Barth purchased a home off Barbour Lane for $266,500 in cash.

When asked how he came up with the cash for the Barbour Lane property after netting approximately $208,500 from the Florida sale, Barth said that he borrowed the rest from his ailing mother.

As for reports that Barth’s mother is living in public housing, he scoffed at what he called inaccurate media, saying that his mother “pays 7 or 8 hundred a month” in rent at a Hikes Point apartment complex “which is not public housing.”

Barth claims he no longer owns multiple Corvette automobiles. Many think the cars are licensed to friends in other states. Barth says that’s not true and showed emails detailing two transactions with an Ohio car broker contact named Christine Vence. He did not show proof for any of the other vehicles in discussion.

Federal prosecutors had proof that Barth diverted funds from the Crusade and McMahan and used them to pay his personal bills related to real estate and automobiles.

Barth implied that he was merely repaying himself for personal expenses related to the charity and/or fire department, guilty of little more than poor accounting. 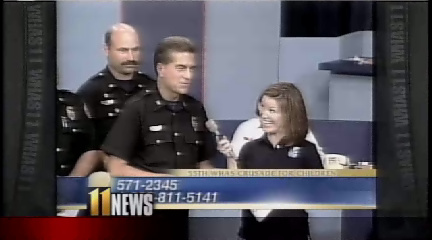 When asked repeatedly if he stole money from the Crusade for Children, Barth hesitated, used non-specific phrasing, and then ultimately said his answer was off the record because “my attorney would go ballistic.”

If he did not steal money, why would Barth accept a plea agreement admitting that he did? Why would he go to prison for crimes that his non-specific answers could give a hazy impression of innocence?

Barth’s answers were off the record, or vague and numbingly confusing.

He says he’s scared of prison and doesn’t know exactly when he is supposed to report. He worries that his mother will die while he is incarcerated, and that he cannot protect his wife and children (ages 16 and 19) from hardship related to his embezzlement or the soiling of his family name.

Barth said that his marriage is sound and that his wife has been completely supportive.

Still a bit unsteady with certain specifics, Barth wondered aloud about the date when he’s been ordered pay restitution to the Crusade for Children.

His ongoing financial squabble with the state over his retirement payout from McMahan makes Barth less eager to resolve that restitution demand. Barth claims he is owed from McMahan’s retirement system roughly the same amount he is accused of stealing.

“I want people to know that I did what I said I was going to do,” Barth proclaimed without further specificity.

“Please tell them that I will make (the Crusade for Children) whole again.”

As for whether the pressure, humiliation, and impending imprisonment has instigated any thoughts of ending his life like his great grandfather, today’s Paul Barth said, “Absolutely not. I’ve got a family to care for.” 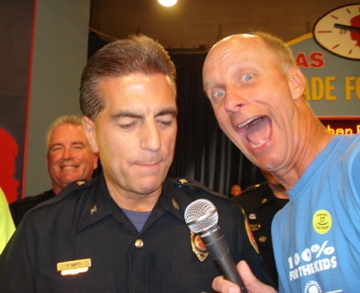 His life matters and so does his life