Dr. Ricky Jones always brings his A game. He dove headfirst into the issues of confederate statues, neo Nazis, and why Democrats are cowards. Plus, we sang a duet of Dixie.

Director of the Fairness Campaign Chris Hartman followed up on his visit to the Kentucky Farm Bureau’s state fair ham breakfast. For the sixth consecutive year, Hartman protested what he says are discriminatory policies toward LGBTQ citizens that are advanced by lobbyists for KFB.

A sampling of responses: 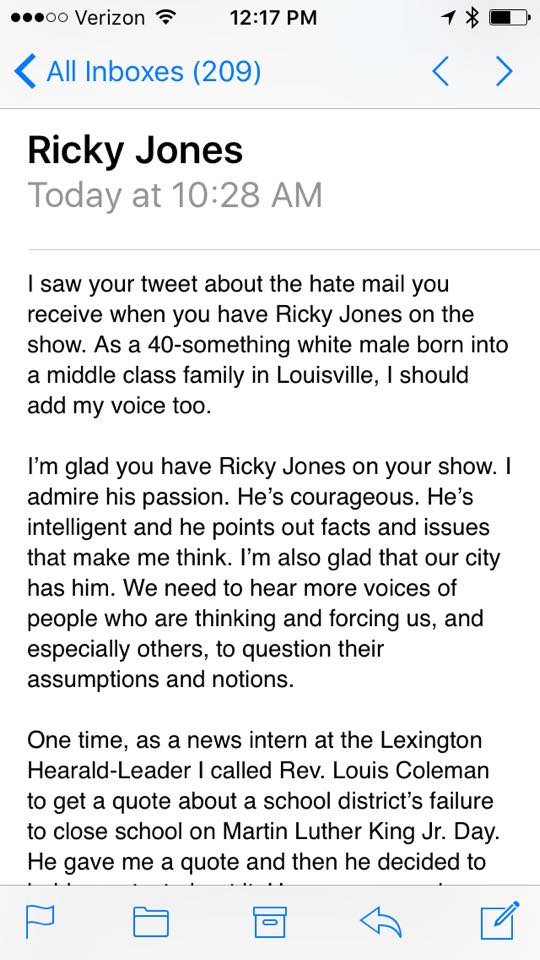 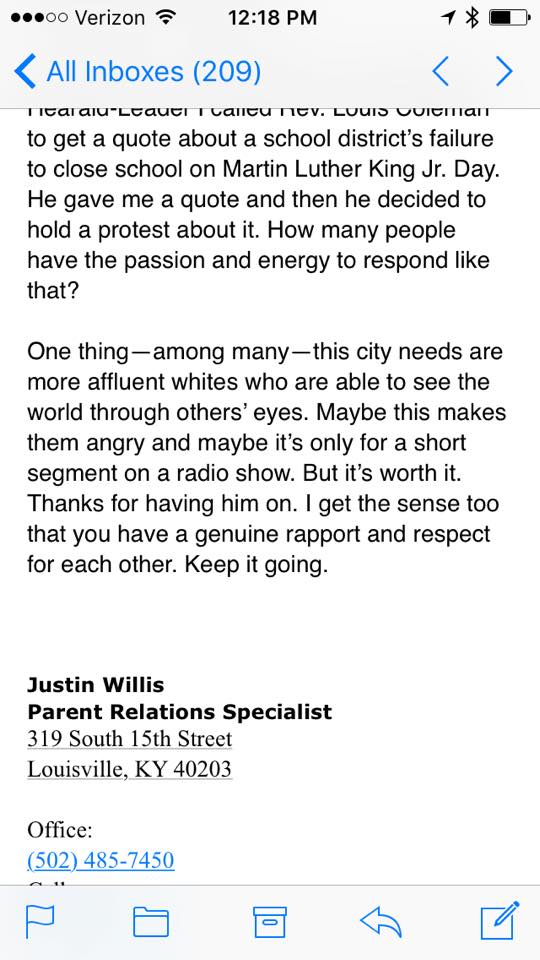 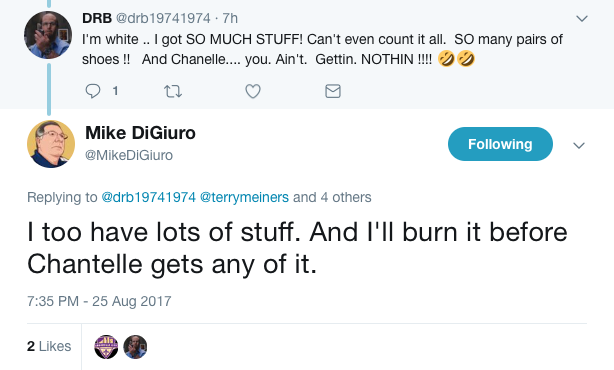 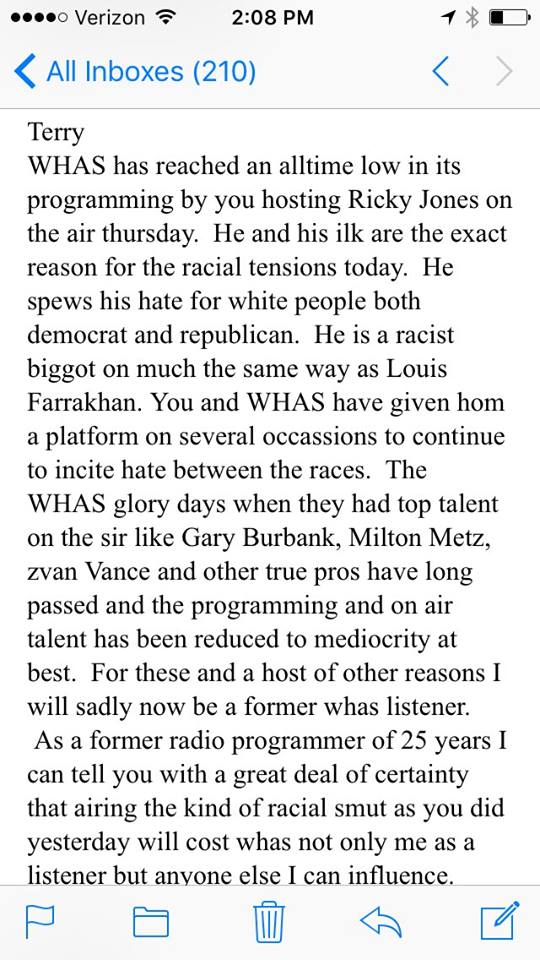 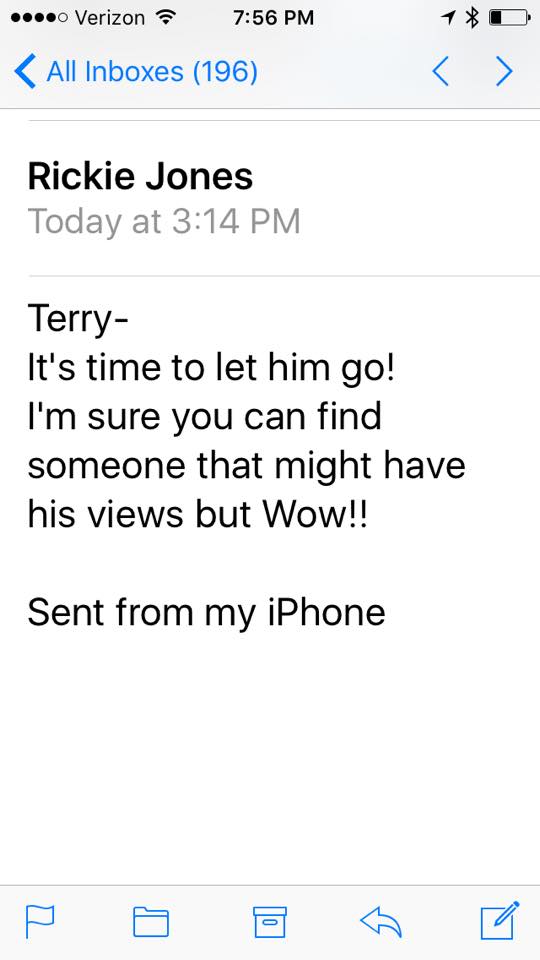 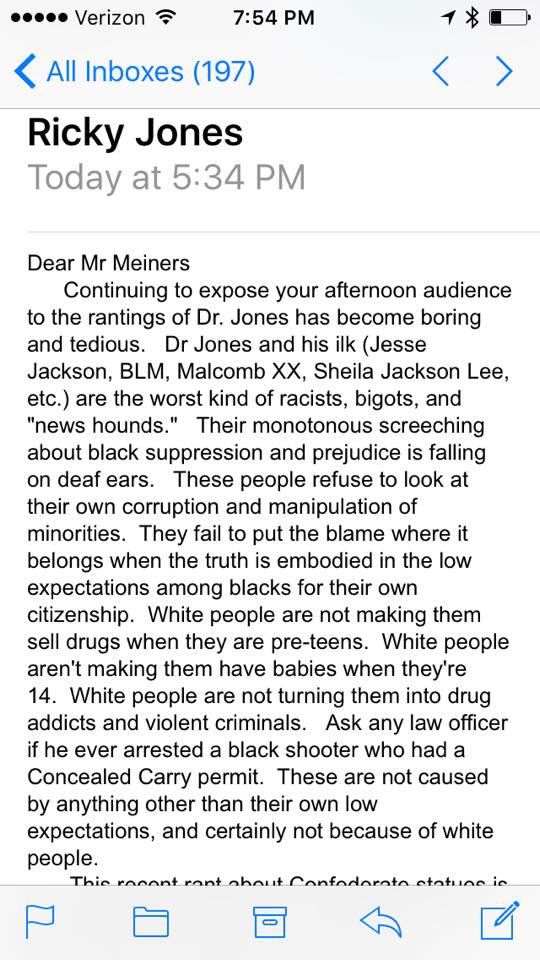 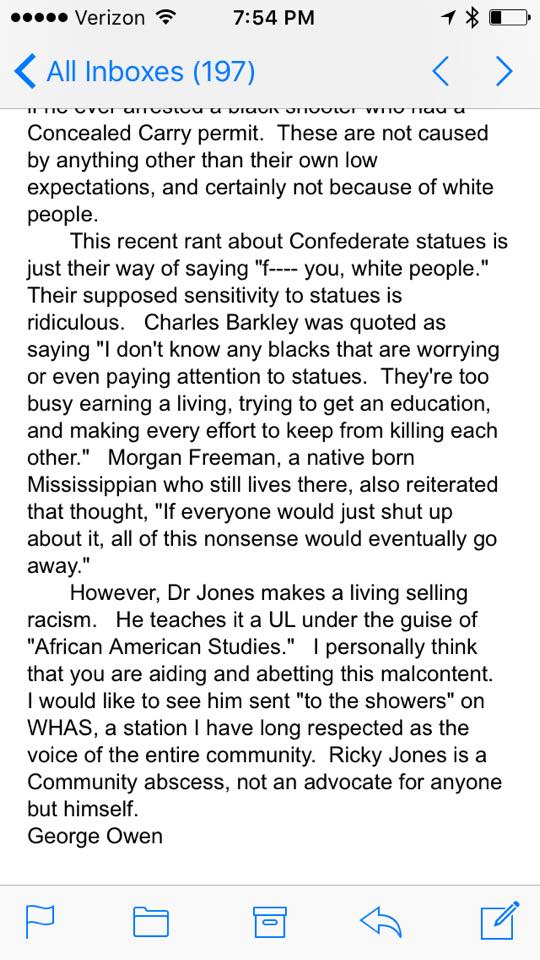