Skip to content
You are here
Home > Uncategorized > When Ricky is on, the WHAS call letters transform to WOKE 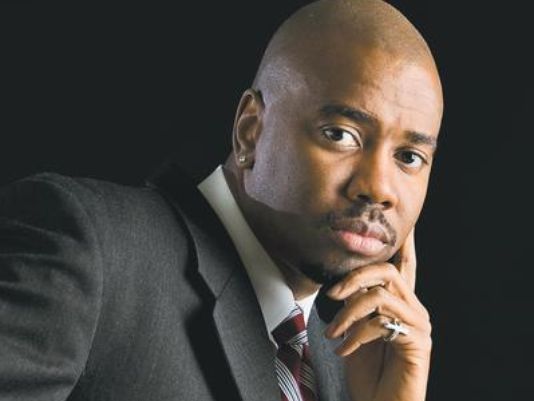 I love Dr. Ricky Jones. He brings passion to everything he does in life. He’s black. I’m white. Neither one of us can totally grasp the other’s challenges but our pigmentation certainly affords me an advantage in life.

I can’t fully change the trajectory of anyone’s life; that’s up to every person walking this earth. The one thing I can do is listen. And I do.

During today’s Ricky Jones radio appearance, a hateful person phoned my producer to declare that Ricky is an f-ing n-word.

And this, my friends, is the crux of our societal woes. Racists slinging epithets instead of listening. A majority of people of all colors won’t listen to anyone who doesn’t affirm their narrow views. Sad!

Comparing the University of Louisville to Vito Corleone’s money laundering Genco Olive Oil Company? Brilliant! That’s why I love Ricky. He brings a passionate, thoughtful, provocative, and often humorous approach to everything he does. 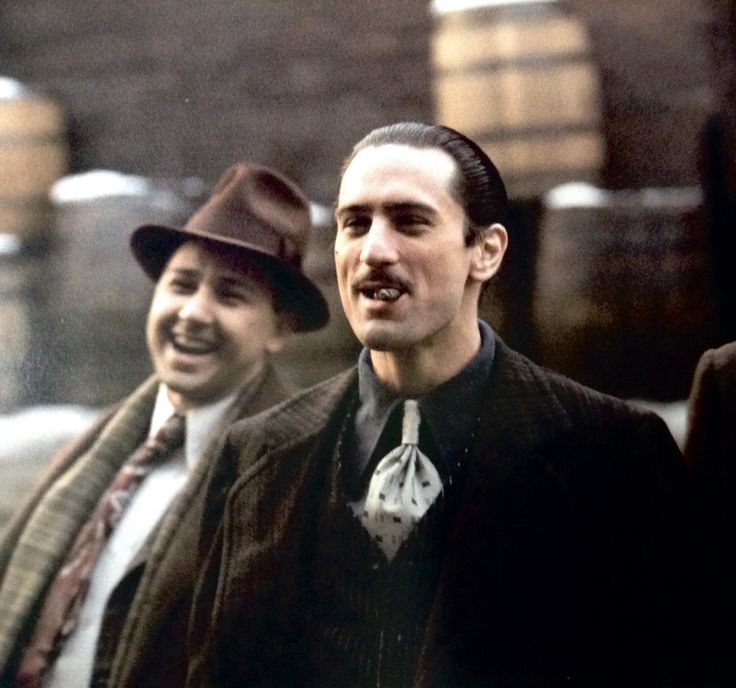 Nothing wrong with being WOKE, people. Don’t sleep through denial. Embrace reality. 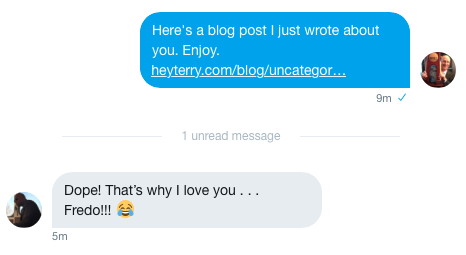 Here are a few of the emails I received during Ricky’s appearance today:

1) You just interviewed a raving lunatic.
So black is not good enough, they also have tobe liberals or it doesn’t count. Bleh. . .

2) Terry, those remarks Ricky made should not be aired. For him to proclaim that the Louisville University degrees to be worthless only a front for a money laundering’s scheme is preposterous and embarrassing. Then for him to say regarding Vince Tyra, “whatever in the hell his name is”. That is so unprofessional and wrong in so many ways. We know you have him on because he brings a different point of view but we feel as though his words and tone insights anger and hostility. His comments today were insulting to our entire city. Please refrain from having Ricky Jones on your show again.
Thanks, Moe

3) I’m curious as to why you give so much air time to Professor Ricky Jones. It would be interesting to hear from an African American man who looks at life and current events from a different perspective from his sometimes. Thanks for considering this.
Sent from my iPhone

4) You let Ricky Jones say that the stupid person who called your show and used the N word “is America”. I’m offended! I’ve never used that word and I AM AMERICA!!!! He continuously said he didn’t care what people think. Well, I don’t care what he thinks! I’m not giving my opinion because only I care about it. I wish he would keep his opinion private. I’m tuning out! Mary Hamilton

5) Terry, I wrote to you about John Yarmouth but today the interview with Ric Jones was highly offensive. U of L a money laundering opporation. You give this racist 50000 watts to spit out that garbage. I and my son are U of L grads and for the life of me I don’t know how this racist keeps his job. Can’t imagine what he does in the classroom. Thought you should know.

6) On Sep 5, 2017 5:53 PM, “John Fawbush”
Terry, I have listened to your show for years and rarely miss it because you do such a great/fair job on your interviews. That being said, the interview with John Yarmouth was over the top. So much that I will turn your show off anytime he is on in the future. He is the poster boy for left wing political views. Fairness be dammed. Don’t know how he keeps getting elected. I thought you should know.

7) Hi Terry…….
Hey, I was listening to your show today for a while as I was driving. I catch parts of it on most days and really enjoy it. I wanted to pass along a few compliments because I am sure, like everyone, you get all the critical stuff but none of the good.

• Today when you were interviewing a police officer (forgot his name)…..I noticed two things. You gently clarified his use of “gentleman” in terms of Australian culture protecting him from some crazy person just looking for a reason to complain when he clearly didn’t mean to compliment a murderer. Then when you asked him what could be an incendiary question about automatic rifles, you prefaced it with a positive about the second amendment. Now, I know this is your profession and it may not seem like a big deal to you….but my guess is that protecting your guests on the fly like that is not easy. I have heard you do the same for various other guests who, clearly, were not trying to say something rude or negative.

• As a white, conservative dad with a son born in Africa, I really appreciate how you handle race issues. It’s a tough thing for a guy in my position…you never know which side is right. But you span the range of having the “Urban Twelve Days of Christmas” (Hilarious, by the way) to having thoughtful interviews with African Americans in our community about various topics or issues of the day. That’s great because we all tend to take ourselves too seriously and I appreciate how you thread that needle.

• Lastly, I really appreciate the way you treat everyone on air. It is easy to see you care more about people than you do trying to be edgy or whatever. The way you handled the recent story with coach Pitino says something about your character. The facts….but not like many others who just trashed the man. I have never been a fan of his but it’s easy to trash someone in his position and pretend we have never made a mistake. You haven’t done that.
Anyway, as a transplant from Texas (Gig ’em Aggies!) I enjoy your show because it’s fun and I usually learn something about the Louisville area or the Commonwealth that I previously didn’t know.

Blessings to you and yours….
Steve
————-
(from Terry Meiners)
Thanks to all of you for writing. Steve is today’s winner!

As for my relationship with African Americans, here’s my blog post after hearing about the death of guy who expanded my brain and my life all in a riveting 2011 stage appearance. Enjoy.

We all walk a singular path with much commonality in the human experience. Embrace the differences. We are all on this earth together.

The heat is on