Kentucky Governor Matt Bevin finally burst the bubble by declaring that he will indeed run for reelection. I’ve asked him more than 10 times in radio interviews if he would re-up to solidify Republican party plans for 2019. His response was that he would not let “the people across the aisle” dictate his schedule.

At last night’s Lincoln Dinner in Lexington, the news spilled across all of the aisles. Governor Bevin wants to stay in office for a second term.

"Buckle up, because the next five years are going to be something to watch." At the @KYGOP Lincoln Dinner in Lexington, @GovMattBevin announced his intention to run for re-election in 2019. pic.twitter.com/zqnjGGEufk

There’s been speculation that Bevin may be called to Washington to serve in some capacity in the Trump administration. When I’ve asked him about the possibility, he has repeatedly said he has “too much to do” to improve Kentucky.

Is he confident that he will win a second term? The CJ’s Phillip Bailey questioned Bevin at last night’s event.

"I'd take any one of them, there's not one of them that is even remotely worthy of carrying the torch for the people of Kentucky and that's a fact," @MattBevin said.https://t.co/AP05TipoEe

Bevin has taken a lot of flack for rough talk about teacher protests related to his plan to salvage a mortally wounded pension system. He recently likened protesting teachers to drowning victims who fight the lifeguard trying to save them.

Media outlets regularly hammer him over the tax assessment and purchase path of his family home, an off-the-cuff remark about a West End chess club, and how protesting teachers leave unattended school kids vulnerable to abuse.

Naturally, Bevin (like Trump) is not shy about criticizing individual reporters (“Peeping Tom” Loftus) and various media outlets. He even got in a shot while honoring Sarah Huckabee Sanders with a Kentucky Colonel designation.

At the @KYGOP Lincoln Dinner, @GovMattBevin announced that he has bestowed upon @PressSec @SarahHuckabee the honor of Kentucky Colonel. "I would like to empower the next 'Colonel Sanders' to get out there and fry those chickens up in Washington." pic.twitter.com/QwCoGvS6eL

She is now Colonel Sanders 2.0 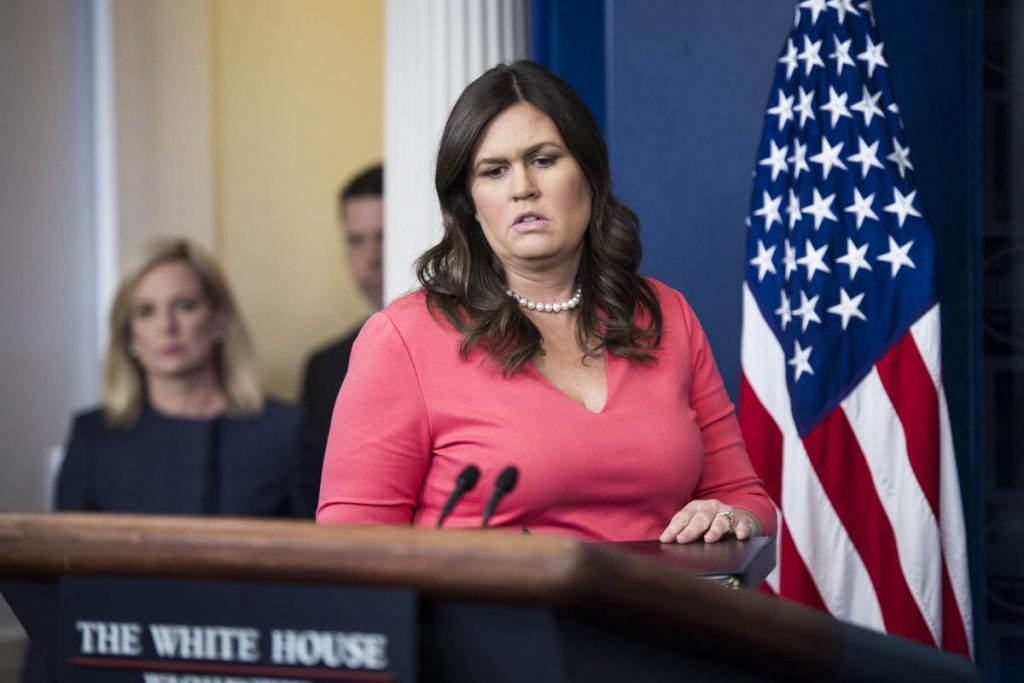 Sanders takes arrows from the media in her job as White House spokesperson. It’s a horrible job because her boss changes his stories and positions multiple times per day. She’s a trooper.

Kentucky Democrats are stuck in a rut, offering little more than hatred of all things Republican.

Hate is great when you’re writing the script for Mean Girls. It’s OK to hate cancer, Mondays, and broccoli.

Hating other people is a sticky wicket. Democrats claim to be open-minded and tolerant yet wallow in hatred of anyone who doesn’t agree with them. Hate does not grow the base necessary to overcome Republican dominance led by Bevin and both houses of the legislature.

Hate is not a winning platform. Fresh ideas can be.

Former Marine fighter pilot Amy McGrath is the only burgeoning force in Kentucky’s Democrat Party. She spoke with me months ago about her vision for the 6th Congressional District.

Incumbent Andy Barr has solid support, is well-funded, and has President Donald Trump coming to Kentucky to support him.

That’s a tough combination for McGrath to tackle but she is, after all, the only congressional candidate in America who has actually killed terrorists. A little political wrasslin’ won’t rock her world.

At the Lincoln Dinner, Governor Bevin told reporters that McGrath is even more Liberal than Congressman John Yarmuth. “Yowzer!”

Click here for the most recent appearance on my radio show by Kentucky Attorney General Andy Beshear, the top Democrat who has announced that he will challenge Bevin for the governor’s office. 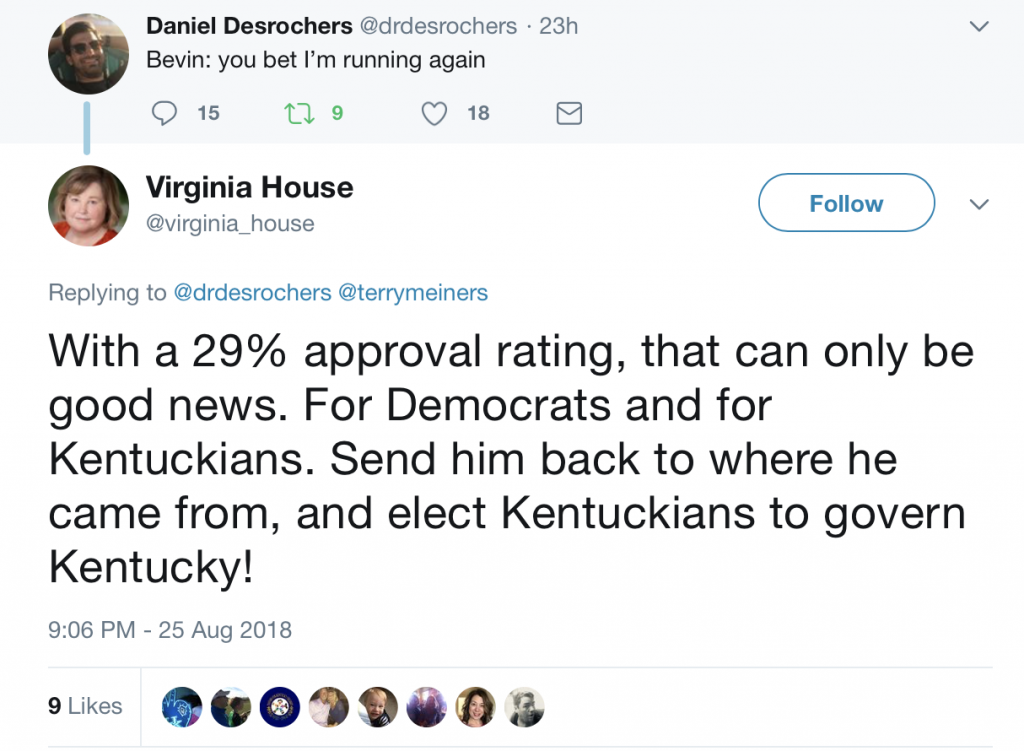 It’s going to be a fun rumble in the months ahead.

The Beasman: UK pimp slaps USM while U of Smell limps past Purdue

Once homeless, Jamon Brown now thrives in the NFL and never forgets his tough times