Skip to content
You are here
Home > Bric-a-Brac > Note to self: never post your insurrection participation photos 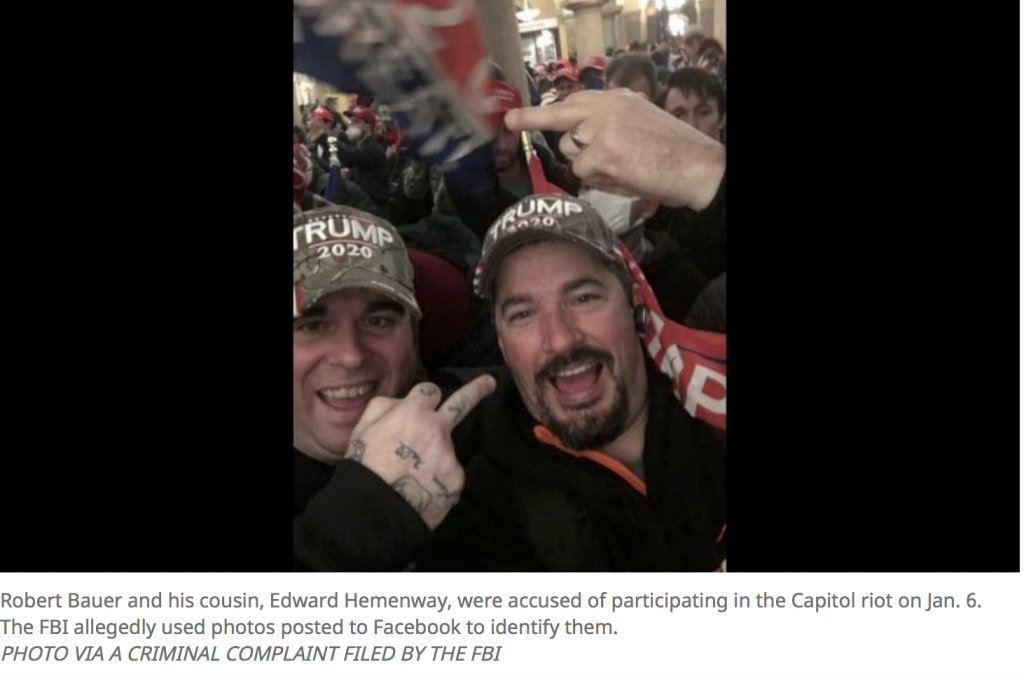 When Trump fans stormed the U.S. Capitol on January 6, 2021, some Kentuckians were caught up in the fervor. Take the two geniuses photographed above. Kentuckian Robert Bauer shared photos on social media, making it easier to be convicted on federal charges. Brilliant!

The basic rule of thumb is that attending political rallies is an excellent use of one’s First Amendment rights.

Deciding to go past barricades and into the U.S. Capitol – just like entering a freshly exploded bank vault under the notion “Well, the door was open!” – is a moronic strategy.

Rally = good. Invasion of the Capitol = not so smart. Defense lawyers are expensive and Tyler Perry & Oprah won’t pay legal fees for conservatives.

Henderson, Kentucky nurse Lori Vinson was fired from her job at nearby Evansville, Indiana’s Ascension Hospital after social media posts showed her inside the Capitol. Not yet facing charges, Lori claims she did nothing wrong and that she would do it again.

Hey champ… did you commit treason on Wednesday & you’re pretty sure the cameras didn’t catch your face. Well here’s some bad news.

The digital technologies that will track you down👇pic.twitter.com/vUb7U68DhU

UPDATE: A Louisville Trumpster has been arrested for not understanding that people are not allowed to invade the U.S. Capitol. Now he has federal charges against him and likely some pricey lawyer bills. But, hey, STOP THE STEAL, right Einstein? 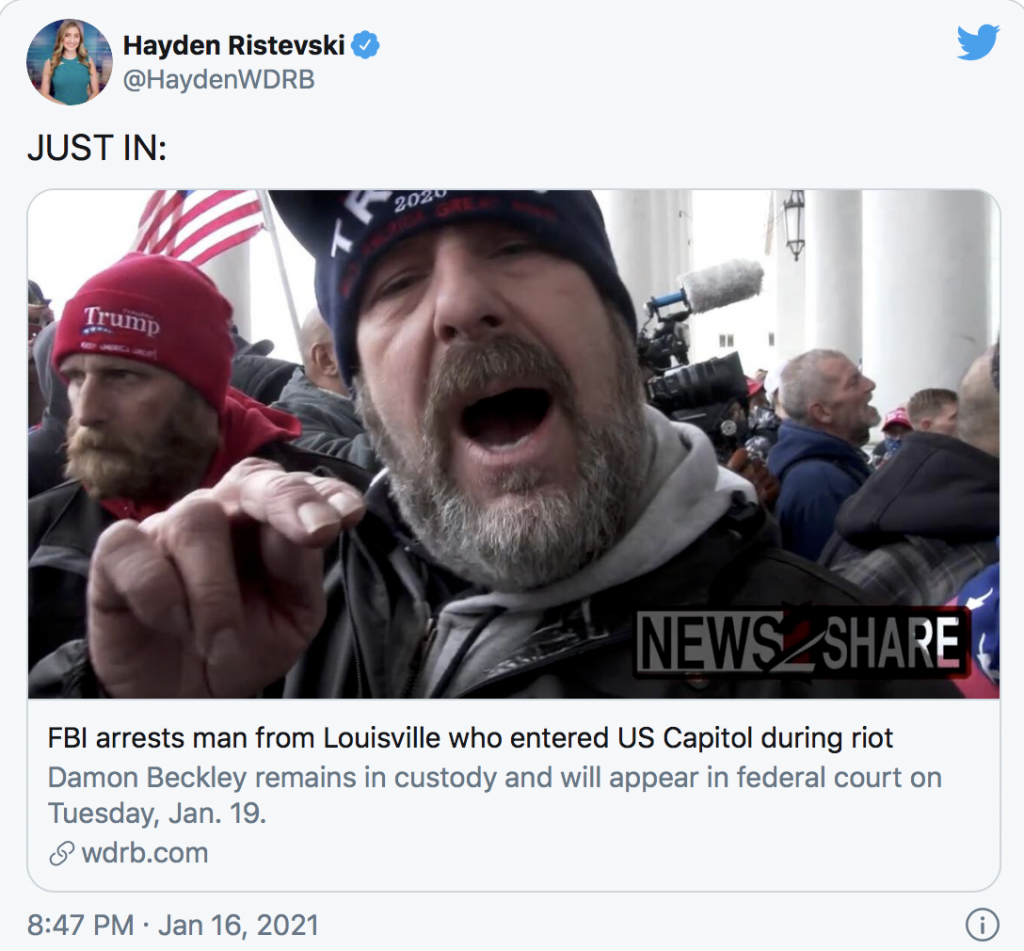 A University of Kentucky student is also facing federal charges for entering the Capitol during the Trump riot in Washington. She posted her appearance on Instagram and made it easier to be prosecuted. Smart! 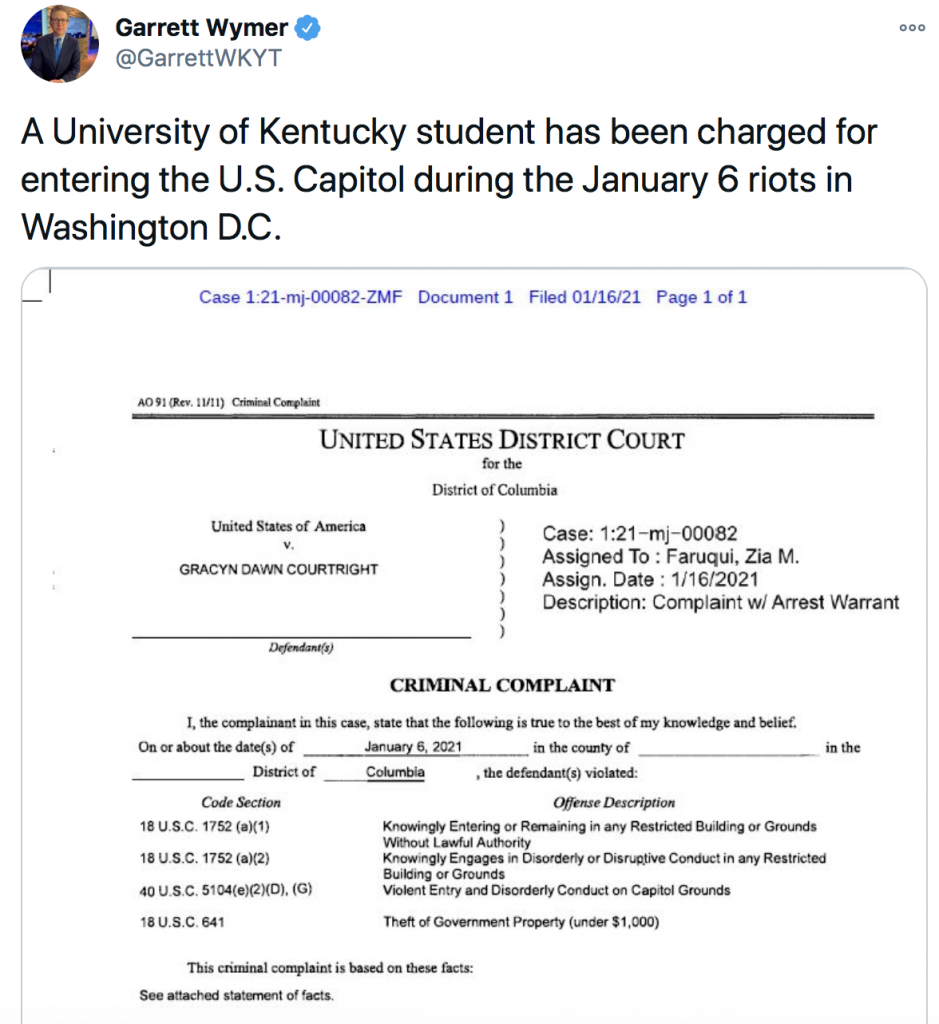 Gracyn Dawn Courtright is facing a litany of charges. In addition to her social media posts, some texts were also used to spotlight her illegal activities.

When her acquaintance informs her that she is committing treason, Courtright replies: “(I don’t know) what treason is”

This is not a good look for the University of Kentucky. Not just the insurrection participation, but the lack of basic knowledge is appalling. 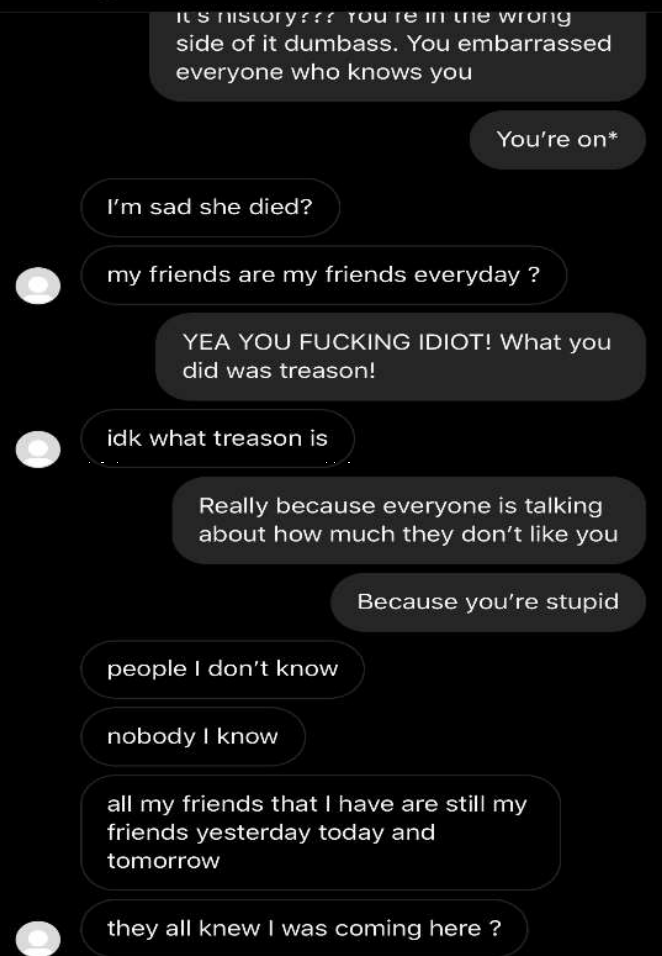 Go Cats!  She probably thinks Big Blue Nation is its own country.

Never drink from a milk carton with a face