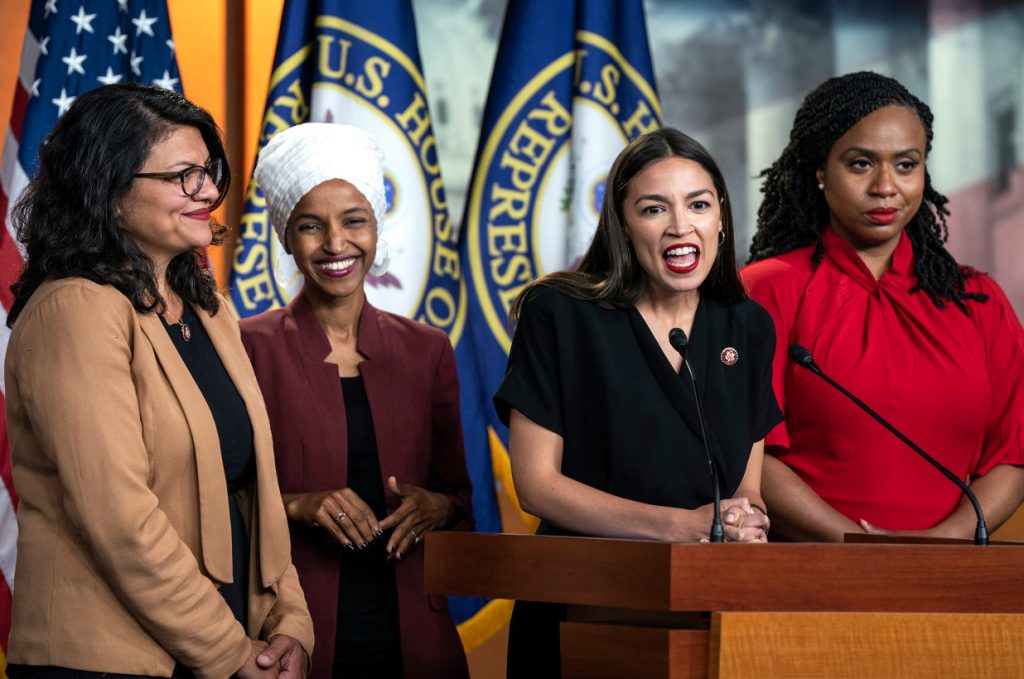 As “The Squad” thrills extreme left-wingers, torches traditional liberals, and irks right wingers, a prominent liberal media voice is trying to slow the roll of the Four Horsewomen of Wokeback Mountain.

In the midst of political upheaval over The Squad, the president’s GO BACK tweets, and racist Trump crowd chants, we’ve had a very strong 840WHAS interview roster over the past 10 days. These voices of prominent Kentuckians offer perspectives from different vantage points.

Thanks to the Senate majority leader, the Governor of Kentucky, Kentucky’s 3rd district congressman, the mayor of Louisville, plus a prominent media host, former UofL basketball player, and a former football player hoping to become Kentucky’s next attorney general. Plus, there is a special guest at the end of this post. Enjoy.

📻 I asked @GovMattBevin for his reax to a poll listing him as the Least Popular Governor in America. "I LOVE IT!" He talks Trump's rally chants, racism, his own minority children, @AndyBeshearKY, pension spec. session, more LISTEN https://t.co/vCpxnqjd96 #KyGov #election2019 pic.twitter.com/eHbptIDKTz

🏀 @Warriors baller Damion Lee will be back in Louisville to offer free kids basketball camps July 25-26. We talked about his @LouisvilleMBB days, his @NBA path, and staying connected to the #GoCards fanbase. 🎙 LISTEN https://t.co/WSaCjH0Rug ⛹️‍♂️ camp info: https://t.co/xisSfmgVkC pic.twitter.com/kuM4XXdBSU

One of the best people/humans I know. Glad to have him as a friend.

A lot of people I know including myself can rip a pages out of his book and apply it to our everyday life.

Thoroughly enjoyed being on with @terrymeiners yesterday. (I’ve been a fan for years.) I appreciate the opportunity to talk about the Kentucky Attorney General’s race and my vision for the office. Please check it out. #DC4AG https://t.co/ySG5xGAUED

“The progressives act as though anyone who dares disagree with them is bad. Not wrong, but bad, guilty of some human failing, some impurity that is a moral evil that justifies their venom.”

Let’s close with an American hero. Jimmy Green was injured in the U.S. Army decades ago. He lost the use of his legs and went into deep depression. But he found a way to fix his attitude, stop complaining, and learn to love life again.

Listen to his inspiring story hero. God Bless you, Jimmy. God Bless all of us.

Meet American hero Jimmy Green, a @USArmy soldier in 1987 when his back was broken in an accident. He thought his life was over. He told me his incredible comeback story today on @840WHAS. 🎙 LISTEN https://t.co/H3U2DAtHCb #USveterans DETAILS https://t.co/QKJoZ5ldgs pic.twitter.com/YI77ej8mG4