Skip to content
You are here
Home > Uncategorized > Let’s have a Happy News Year, media peeps

Ever since Donald Trump announced his candidacy for president, much of the news media universe has pounded him. And he hates them back.

He brings it on himself.

Trump is rude, arrogant, thoughtless, narcissistic, and ill-tempered. He uses Twitter to insult political enemies and even some private citizens with whom he disagrees.

Certain media people are rude, arrogant, thoughtless, narcissistic, and ill-tempered. But they’re not the president. That’s the difference.

Trump’s war with media has been his biggest conundrum and an odd victory for his supporters. With the President of the United States constantly declaring any criticism as “fake news,” it has weakened the overall perception of the media business even if it has bolstered the subscription rates and TV ratings of the some obviously liberal outlets. That’s a short term gain juxtaposed with a long term business meltdown.

Media egos are bruised. Jon Stewart nailed it in a CNN interview where he described Trump’s ability to deflect attention from real issues by hurting media members’ feelings. Forget issues, “it’s all about the fight.”

The pure-hearted, noble, nonpartisan media was angered by Jon Stewart’s assessment of their fragility. Remember too that Stewart was an actual fake newsman that millions of TV viewing idiots considered their primary nightly news source.

Let’s get honest. The massive majority of American media is liberal. People want to argue with me about how impartial and objective their reporting is but the proof is in their work.

What determines if something is a story in the first place? News gatherers, particularly those in charge, do the story selection.

All humans are biased because all humans have their own frame of reference. Training and education shine a light on impartiality but human nature overrides everything. News decisions are ultimately based on personal intentions.

There is no math in journalism. Engineers and scientists fail if their math doesn’t add up. Journalists instinctively wade through feelings to come to their conclusions. There is no math chart for feelings. They are interpreted individually.

Biased human beings pick the stories and biased human beings sidestep other stories that they feel are unworthy of illumination. These same biased people also select story placement…is it a LEAD story, a website header, or BREAKING news? Potential interview subjects with whom the journalists disagree may not be woven into the narrative.

In a city the size of Louisville, there are hundreds of gatherings of people in small groups to, say, volunteer at the mission, help the homeless, and clusters that create some type of problem (vandalism, shoplifting, selling drugs).

But most media companies will fill airtime by repeatedly running to one loudmouth politician or fame ho who constantly pitches some singular issue that the news manager agrees with. Forget highlighting the community helpers, let’s go talk to Billy Blowhorn one more time about how his neighborhood suffers from airplane noise.

Just ignore that we cherrypick our pet projects. How many other news topics could have been covered if not for human deflection of potential stories? That’s where Trump gets his Fake News fuel.

Media companies undoubtedly cover compelling stories that improve cities, help distressed people, and force changes for the betterment of all. That’s a column for another day. 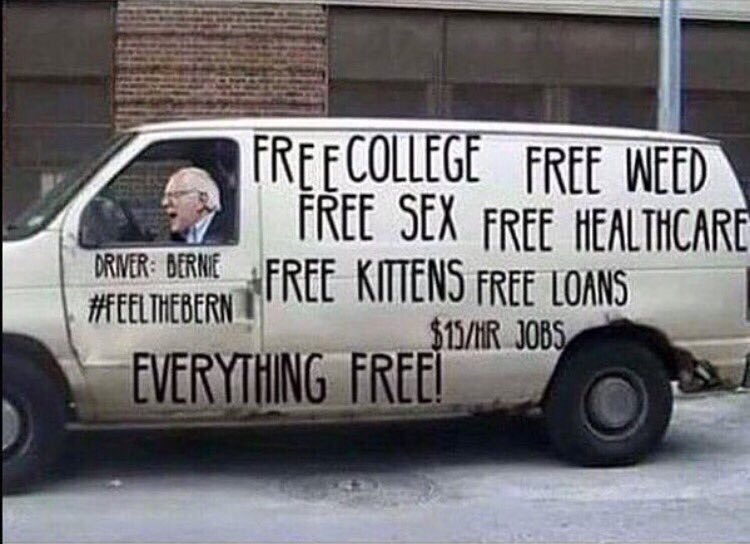 This post addresses how media gets pulled into Trump’s spin cycle and stupidly fights instead of reporting. We have not seen this level of media vs. incumbent acrimony since Nixon.

Does this font size scream “fair & balanced” or “we hate this jackass and can’t wait until he’s out!” What’s old is new again. 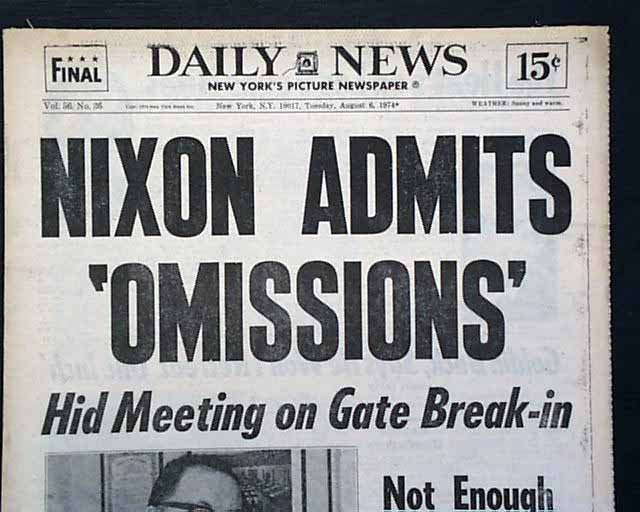 I’ve worked in media outlets for four decades. There are lots more Democrats than Republicans in positions of influence. So instead of keying in on these hysteria-powered Trump days, let’s go back in time to compare media coverage of previous administrations.

Clips from TV shows, musicians, LeBron, late night comedians, and actors are inserted into news shows, giving cover to the news managers who’ll say, “Not my words, just the words of this popular person.”

Bruce Springsteen charged you $300 to go to his concert but he spent 25 minutes railing on Trump. That’s the clip on the next day’s news. Instead of Born to Run we get Born to Rant. Another slanted message embedded into the skew. Mission accomplished.

Even without a first research click, you already know how this collection of news items will lean. So just stop with the notion of impartial coverage in the vast media universe. The only reason Fox News and Rush Limbaugh are so popular is because they are representative of the few conservative gladiators in a colosseum filled with liberal media counterparts all waving THUMBS DOWN!

Any time Limbaugh or Ann Coulter or Sean Hannity is mentioned in the so-called mainstream media, they are labeled as a conservative. How often is a liberal labeled in a news story? Almost never. They are called pundits, commentators, influencers, or newsmakers. Never just liberal.

When a politician gets in trouble, take note of where in the story the person’s party affiliation is mentioned. Hilariously predictable.

Electronic, print, and digital coverage of Barack Obama’s presidency was 8 solid years (plus the 2007 campaign year) of kissing his ass. Fawning, loving, breathless, boot-licking coverage of anything that Barack & Michelle do or say even today is GLORIOUS. 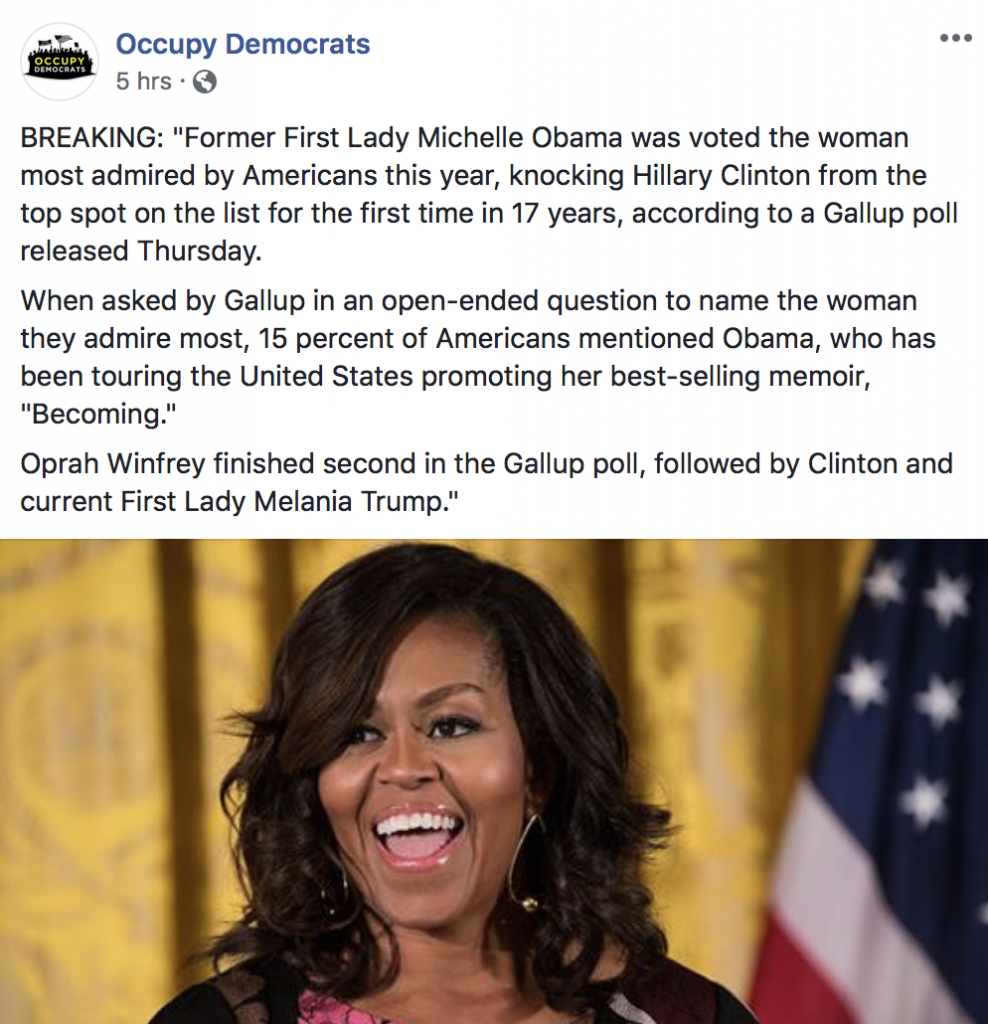 A recent Courier Journal column declared NO ONE AND (NO TOPIC) IS OFF LIMITS to its cartoonist Marc Murphy. The piece noted that Murphy could remember one cartoon where he took a shot at Obama. But it’s just one out of thousands drawn, mostly vilifying conservatives. At least Murphy is honest about his partisan venom.

Trump won Kentucky. So did both Bushes and Reagan. It’s as though the state’s two largest newspapers are still touting My Space when the majority of their potential customer base long ago moved to Instagram. (Bill Clinton won Kentucky once).

Remember how Barack Obama himself chuckled at the White House Correspondents Dinner that “most of you covered me, all of you voted for me.” (followed by huge applause from assembled media and guests)

Now that George H.W. Bush has passed away, suddenly the impartial network scribes are gushing with praise for the entire Bush family. Journalists are lovingly reflecting on both Bush presidencies and the family’s grace and honor.

These hardworking journalists are finally seeing Bush family nobility whereas when they were in office, both President 41 Bush and 43 Bush were war mongering, cruel, clueless, rich white guys. George W. was a cocaine addict, spoiled idiot whose daddy must have paid off Ivy League schools to get his boy’s fake degrees from Harvard and Yale validated.

I learned all of that from our fair and balanced mainstream media. I also learned that many “impartial” journalists go on Twitter regularly to trash politicians. Again, go deep diving and see if they were harsh with the previous president back in the day. Nope, not likely.

Do the math. The imbalance is embarrassing for our media business. The proof is available online for those who are so partisan that they cannot see it through daily living.

All that aside. Donald Trump is a dimwit, rude, caustic prick. But he is still the President of the United States. Dealing with him is the same challenge bullfighters experience; no one quite knows what will happen next.

Get in the ring, ask your questions, but don’t try to make yourself the story. The only worse sin for a “journalist” who pushes a personal agenda is one who showboats to insert herself into the story.

Trump is the POTUS. You are the questioner. You’re not equals. That’s verifiable, too.

Let’s all try to do our media jobs with more balance and less partisanship & hostility in 2019. Our customers deserve to hear all sides of stories.

The voters will determine who’s next at the podium.