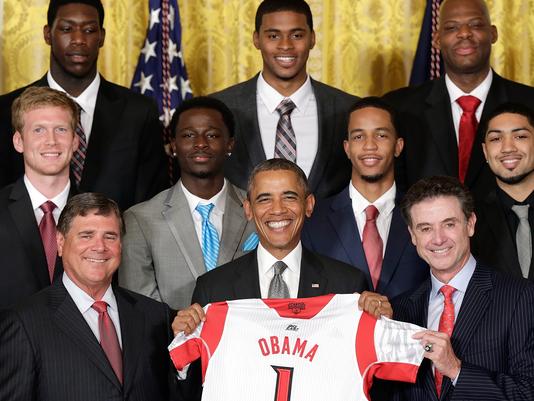 Here’s Rick Pitino on the radio with me a short time after leaving the White House celebration for the Louisville Cardinals. Both President Barack Obama and Coach P got off a few amusing lines.

Coach Pitino said he got a few private minutes with the POTUS before the ceremony and they talked about how to assist Michelle Obama’s brother Craig Robinson, the head coach at Oregon State University.