My boy @Tony840Cruise is obviously overjoyed to work with me‼️😂 Cap’n Herb Hurst is our #aviation analyst on @840WHAS 🚀 stream https://t.co/EMYwUGhNZA Join our entire team starting at 3 for #ThunderOverLouisville #airshow #fireworks #kyderbyfestival pic.twitter.com/3g0qXsNTFM

WHAS Radio is the mothership for Kentucky broadcasters. The biggest newsmakers sit for interviews with WHAS Radio hosts for lengthy chats about current issues.

"That's quite creative but not very convincing." — @LeaderMcConnell on Quintez Brown's lawyer claim McConnell spurred the federal indictment of his client.

"(It's) really is quite laughable."

#WHAS100 🎙️ @tomleachKY is the voice of the #KentuckyWildcats and an avid thoroughbred racing fan. His stellar broadcasting style provides him a front row seat all year long! 🏀🏈🏇

#WHAS100 🎙 @JDemling jumped into journalism while at @GoRocks, eventually landing at @CourierJournal. Jody segued into recruiting news and sports broadcasting with @840WHAS and @WAVE3news.

#WHAS100 🎙 Scott Goettel is an excellent voice talent who spent 21 years behind a WHAS microphone.

Nicest person in the world. It was fun having Scott back on @840WHAS today to celebrate the radio station’s 💯 birthday‼️🎉

#WHAS100 🎙 @KevinHarned, chief meteorologist for @wave3news also cracked wise on @840WHAS. Even though he doesn't know how to boil an egg, "K-Ned" also hosts Secrets of Bluegrass Chefs on TV. 🍳🥩

The boy is timeless!🌪

#WHAS100 🎙 John Shumway is a broadcast legend at Pittsburgh’s @KDKA and @KDKARadio America’s oldest commercial radio station. His career began at @WVLK and then magnified at @WHAS11 & @840WHAS

WHAS Radio has always been the 50,000 watt blowtorch that amplifies Kentucky and Indiana stories, from the most difficult challenges to the frivolity of Derby events and newly crowned celebrities. 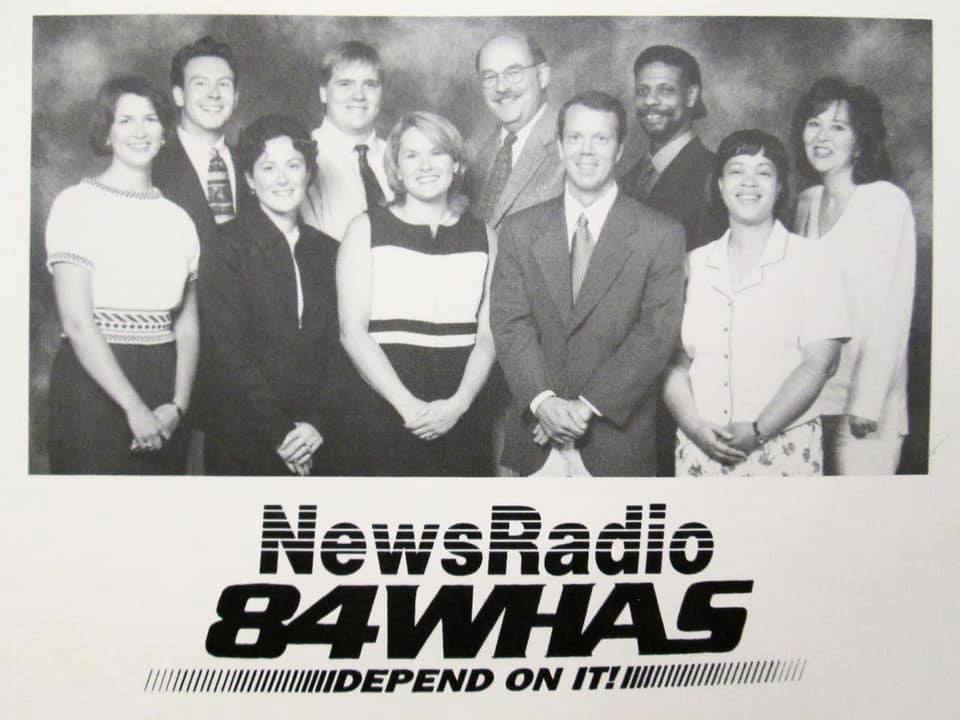 Here’s a phenomenal Business First piece from 1996 describing the strength and breadth of the WHAS Radio News department. Not long thereafter, owner Clear Channel Communications would greatly expand its Louisville holdings, adding 6 stations and a statewide news network. This move would drastically redirect funding for news distribution across the company’s exploding roster of stations.

The station lobby would seem a good place for the WHAS-AM radio news program to publicize its achievements. Several WHAS-TV awards have been displayed in the lobby that, like their call letters, the two broadcast companies share. But nowhere in sight is even a hint of the caliber of radio news journalists at work just around the corner, down the hall and past the TV newsroom. 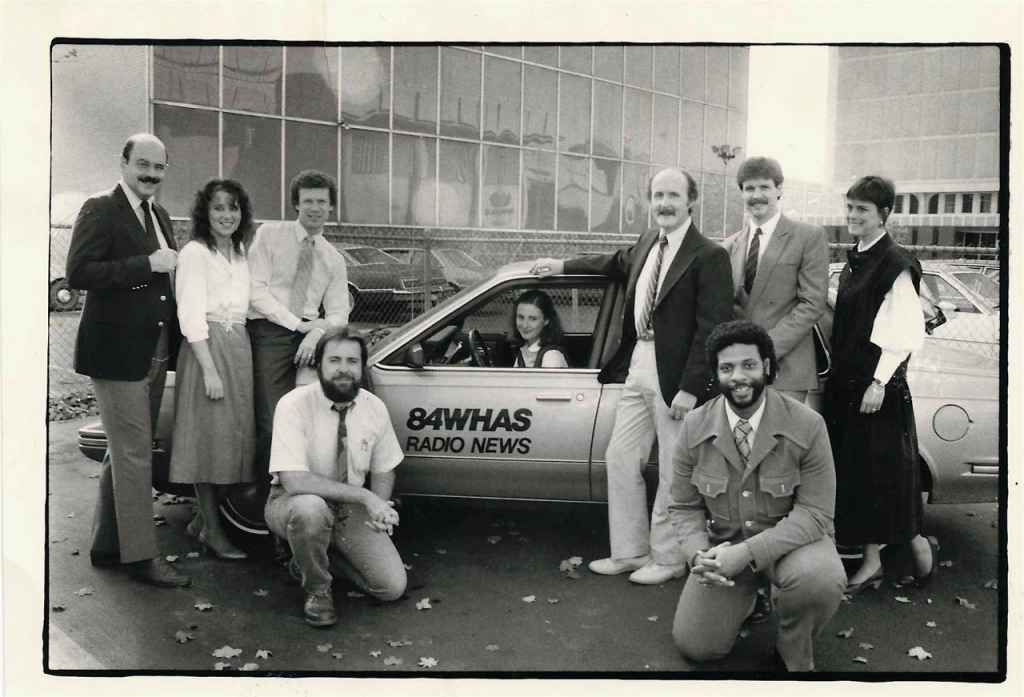 Among them are the Scripps Howard Award won this year by assistant news director Mary Jeffries for her documentary on children living in the housing projects. Piled under it are two Best Radio News awards and two Best Spot News awards, given in recent years by the Radio-Television News Directors Association distinguishing the best radio news programs in the country.

On a shelf above them sits an Eclipse Award trophy given to reporter-anchor John Asher for his coverage of thoroughbred horse racing. Three Peabody Awards hang on the wall, awarded to the department during the late 1980s.

The staff agrees that the awards should be out front, but everyone’s too busy doing the job that wins awards to haul them out of Rublein’s office.

“They ought to be displayed because they are a symbol of remarkable achievement,” said program director Rick Belcher.

Those achievements are a result of what makes the radio news program at WHAS-AM the leader in its market, according to its staff, competitors and listeners.

Although ratings don’t compare specific programs, the latest figures report the station capturing a 23.2 share of listeners during the 5 a.m. to 9 a.m. slot, Belcher said.

That means when people are listening to radio on their way to work, more people are tuned into WHAS than to any other station. Wayne Perkey fills those hours with news, sports, traffic and weather.

The closest competitor during that time frame is WAMZ-FM, with a 12.6 share of the listeners.

“They’ve carved out a niche for themselves as the place to turn when you need news,” said Scott Dowd, who recently left his associate producer position at WFPL-FM to become marketing director for the Broadway Series. Dowd will continue to host some programs for the public radio station.

“They’re constantly looking not only at local news, but at how national news affects this area.”

It’s less the quantity of news available on WHAS and more the quality of local news coverage that distinguishes the station from others in the area, said local radio managers. 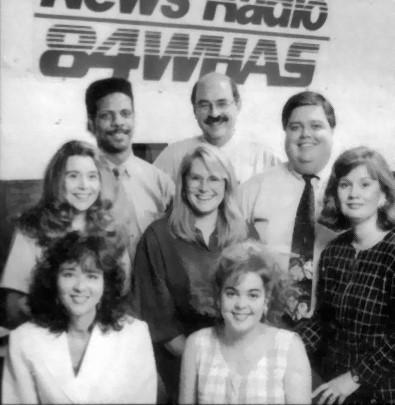 WFPL-FM and WWKY-AM, for instance, also provide their listeners with a five-minute-or-so, live, top-of-the-hour news brief, 20 to 21 hours a day, and a longer news broadcast during the day. WHAS also does a bottom-of-the-hour report 21 hours a day.

But with a news staff of only two each, WFPL and WWKY rely more on wire stories to fill their news slots.

“There’s only so much they can get because they have a smaller staff,” said Dowd of WFPL. “So they have to limit the local news to what they can physically cover.”

Stan Cook, news director for WWKY, said the same of his station. “We cover as much (local news) as we possibly can, understanding there’s only two of us.

“As far as this community goes and communities across the country, you usually have a station like WHAS,” said Cook. “They are the traditional powerhouse. They’ve been here for years and are the mainstay as far as news goes. Then you will have a number of stations like us, still doing news but on a scaled-down version.”

With by far the largest number of reporters in the market and an enviable collection of technical equipment, the news team can afford to cover the community in ways that other stations can’t. On a recent Wednesday, Rublein said that at least 75 to 80 percent of his morning report was local news gathered by his staff.

“We call ourselves Kentuckiana’s news, weather and traffic station,” said Belcher. “When you make a commitment like that, you have to back it up with people and tools.”

Three Ford Explorers with four-wheel drive, 18 remote transmitters and a helicopter are always on standby.

“We have a garage full of vehicles, all with remote capabilities,” Belcher said. “So when a story breaks that requires a lot of backup, we’re prepared for it.”

Asher and reporter Paul Miles both drive station vehicles at all times in case a story breaks.

When a fuel tanker crashed on Interstate 71 during the Derby this year, for instance, Miles left three other reporters covering Churchill Downs to go out and cover the accident. Jeffries, who wasn’t at the Derby and happens to live near the crash site, already was at the scene trying to get the story.

With no transmitter and a road block preventing her access to the accident, she called in what details she could get from police from a nearby pay phone.

When Miles — who was able to get closer to the scene coming from downtown — arrived in the station vehicle with a remote transmitter, Jeffries turned the story over to him. 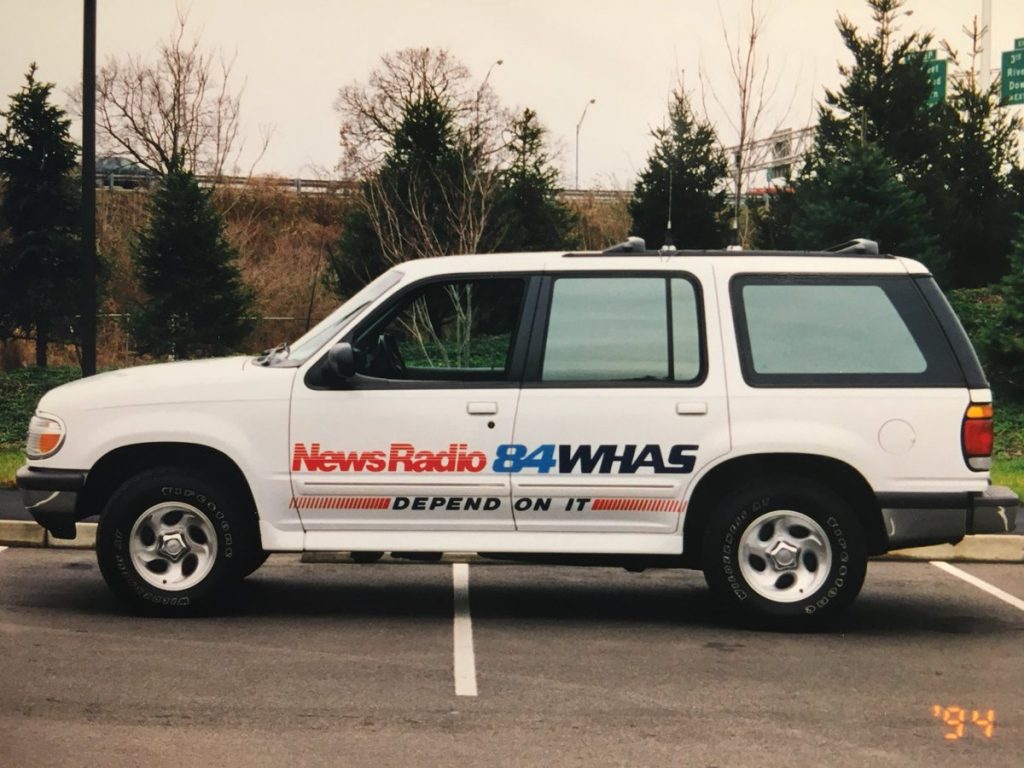 “The station has since provided me with a cellular phone,” she said.

At any given time of day, several reporters could be in the newsroom at once making phone calls or editing a story.

Except from midnight to 3 a.m., at least one reporter is always there “covering the desk” — pulling news off the wire and writing and broadcasting the hourly newscasts. Four reporters take turns covering the shifts.

The work day starts at 3 a.m., when a reporter comes in to prepare the 4 a.m. newscast and help pull material together for Rublein, who comes in about 5 a.m. to broadcast the half-hour reports during Perkey’s morning drive show.

The rest of the staff starts arriving about 8:30 a.m., said Jeffries, who assigns stories. “Each day I get in my file and see what’s going on that day.

“The stories we cover on a given day are often a combination of the news events you know in advance, like news conferences, stories that you are following, spot news like murders or fires, special projects, the series and documentaries, and the enterprise stories, like following the candidates.”

Wire feeds from the Kentucky News Network and ABC wire services deliver state, national and international stories. Whoever is covering the desk produces the hourly briefs and must decide which stories to pull off the wire.

“You’ve got to use your judgment,” said Asher, as he rewrote wire copy to accompany the local news just minutes before he gave the top-of-the-hour brief recently. And not until he sat down in front of the microphone in the on-air studio did he decide which story he would read first. This is the part of the job he compared to factory work.

Covering hard news is a priority, of course. The news team reports local stories as they break and follows them as they develop, said Jeffries. Like any news organization trying to get the story first, the reporters establish contacts in the community. “We work sources,” she said.

“We have a whole list of police and fire departments throughout the area that we call on a regular basis day and night.”

“We keep in pretty close contact with members of the House and Senate,” said Rublein.

Between going out to get today’s story and rotating shifts anchoring the on-air reports, the news department spends a great deal of its time producing in-depth reports on what Rublein says are “issues we think aren’t explored enough.”

From the conception of a story idea (“There’s a lot of enterprising that goes on around here,” said Jeffries) to the gathering of interviews and sound to studio production, this is the part of the job where reporters get to be creative. No technicians are on staff; everyone produces his or her own reports.

When a reporter is putting together a special report, other members of the staff pick up the slack, Jeffries said.

A reporter might spend 60 to 70 hours working on a 20-minute report, said Rublein.

“I practically lived with one family in the projects for the whole summer,” Jeffries said of the “Children of the Bricks” documentary she produced last year. “I would just go down there constantly and hang out with them, and follow their lives.”

The reporters use a lot of natural sound to punctuate their in-depth stories despite the time it takes to gather. Jeffries spent a day at the Abbey at Gethsemani in Trappist, Ky., before the Dalai Lama arrived there last year, recording sounds of church bells and of monks chanting and praying.

“Some people have likened it to NPR,” said Rublein, referring to the style practiced by National Public Radio.

The freedom to work on in-depth projects is what the reporters say they love the most about their job at WHAS radio.

“You get the opportunity to do something really special,” said Asher. 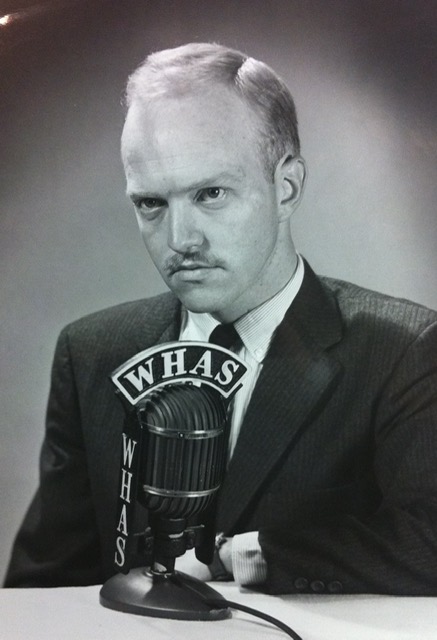