When our bosses at WLRS pulled the plug on our morning cable TV show in 1981, Ron Clay and I laughed. “They’re replacing us with some new channel called MTV. Who would watch music videos all day?” 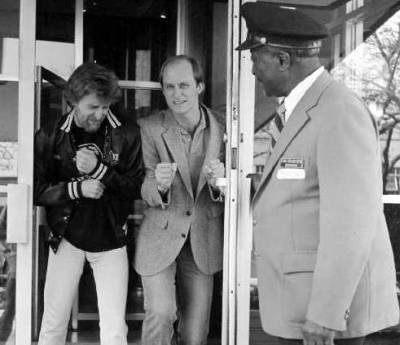 Apparently, most people wanted to watch music videos and not Ron and me doing our radio show. I have to admit…it kind of stung.

David Bowie sings Let’s Dance while some goofy people mill around a bar, then they’re in the desert seeing a mirage, then a woman is scrubbing the street. Oh, OK. Drugs much?

MTV started airing schlock TV which thrives even to this day. Just for old times sake, enjoy these hundreds of MTV promo bumps.

The one you likely remember most begins at 6:06 on the file. Enjoy!

Merry Christmas to all