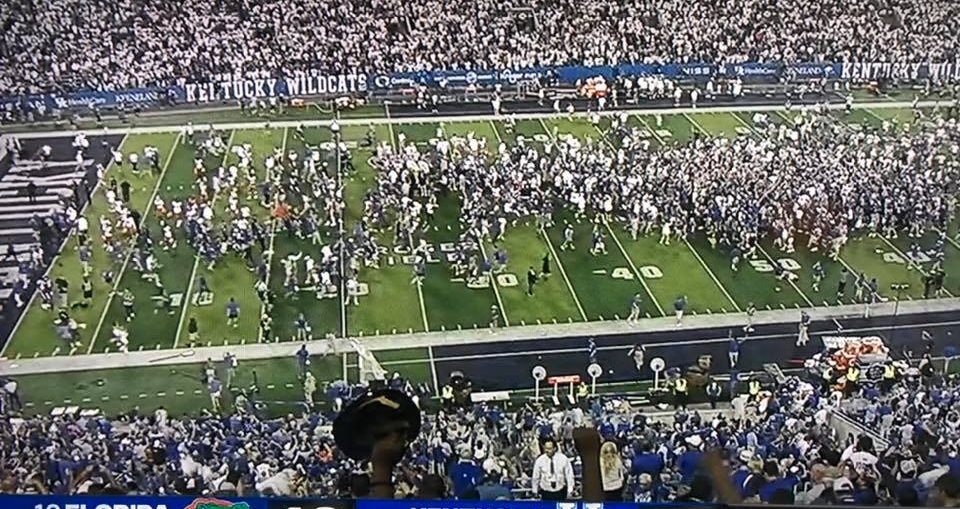 A party in Lexington 35 years in the making … #ForTheTeam Chapter Five 😼🏈 pic.twitter.com/c3h3ZQ0Nd1 — Kentucky Football (@UKFootball) October 7, 2021 KENTUCKY FOOTBALL IS A THING! The Kentucky Wildcats jumped from #31 to #16 in the Associated Press poll after a hard fought victory over #10 Florida. It was Kentucky's first home victory over the Gators since 1986. Street party couch burnings went on until the wee hours. UK is now 5-0 and welcoming a struggling LSU squad into Kroger Field on Saturday night. In a rare departure from oddsmaker behavior, Kentucky is a 2 point favorite. Finish the play. Finish the game. Finish what you start. Do that, and anything can happen. pic.twitter.com/XVBvTWTo9F — LSU Football (@LSUfootball) October 7, 2021 THE BEASMAN florida goes down LATER GATOR! LATER GATOR! LATER