Kentucky Governor Matt Bevin has had it up to here with Attorney General Andy Beshear. Last week, Bevin directed many state agencies to cut budgets by 17.4%. Beshear claims the governor is breaking the law by replenishing the state’s nearly depleted rainy day fund.

The governor and attorney general are regular guests on my radio show. It just so happened that today was the governor’s scheduled monthly appearance. He was loaded for bear. 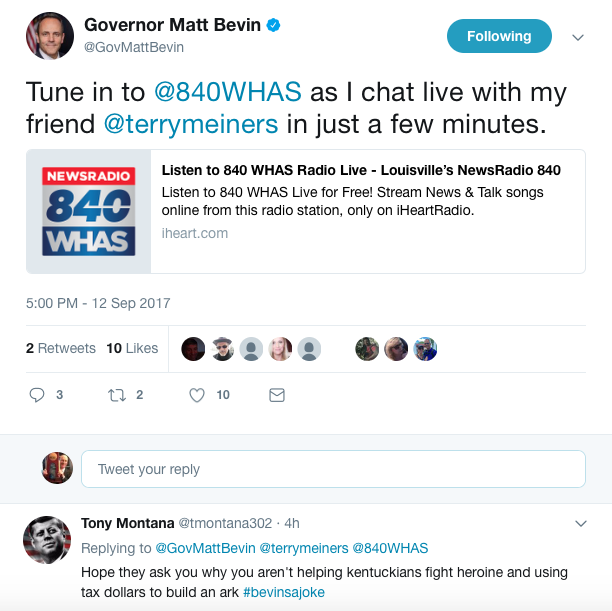 Andy Beshear’s next scheduled radio appearance is September 19th at 4:10 PM on 840WHAS.