Kim Davis is no pioneer in mixing bigotry and government. People have used Bible quotes throughout history to advance their bigotry du jour.

In 2012, North Carolina pastor Charles Worley proposed putting gays and lesbians behind electrified fences “to die out.” CNN’s Anderson Cooper interviewed a member of Worley’s flock to explain to her that concentration camps are no longer in vogue.

Worley’s original sermon may have violated federal laws when he spoke of voting strategies based on whether any politician advocates for gay rights. He has a history of outrageous gay bashing from the pulpit. 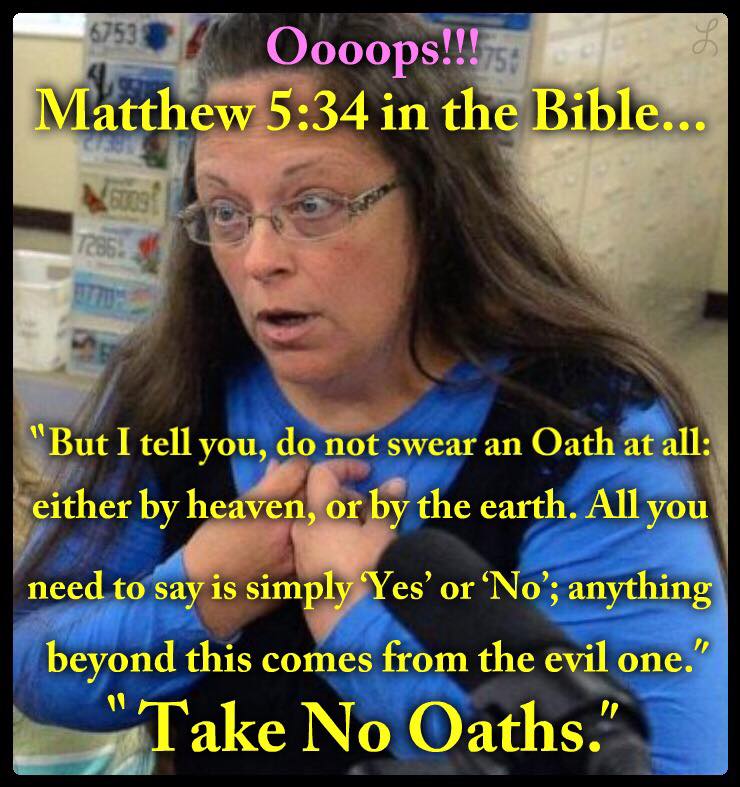 Hauling Oates off to zombie jail