Skip to content
You are here
Home > Uncategorized > Matt Bevin popped by to defend his controversial pardons, and then all hell broke loose 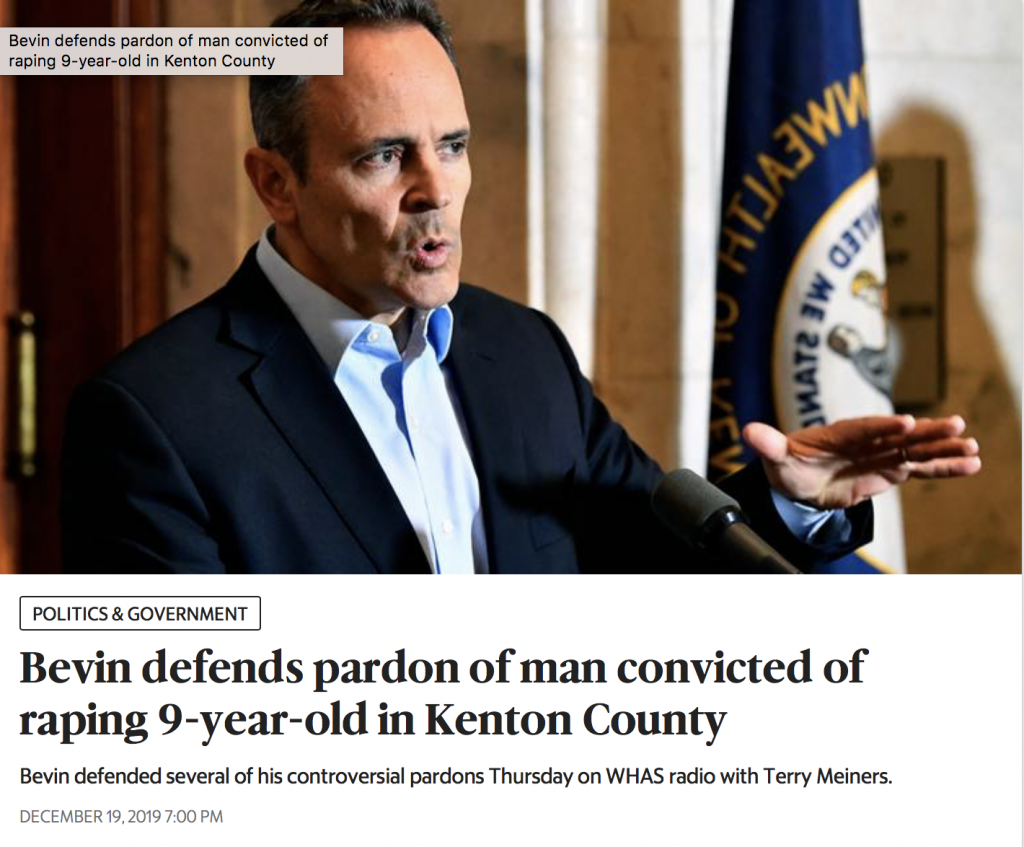 Former Kentucky Governor Matt Bevin texted me to ask if I had time to chat with him on WHAS Radio. Of course I would make time since the former chief executive was still the #1 news topic after his recent pardons of murderers, rapists, and other undesirables.

We jumped right into a wide ranging chat about Bevin’s pardons, wealthy donors requesting pardons for others, and his ultimate legacy.

📻 ex-Gov @MattBevin sat down to talk about some of his controversial pardons. He gave graphic details of the medical examinations of child sexual assault victims that led him to disbelieve their claims. We also talked about murderers, donors, and legacy. https://t.co/65fhrQb7e0 pic.twitter.com/DuLneAiyLQ

The governor shocked many by describing in graphic detail the medical examinations of two young alleged sexual assault victims. 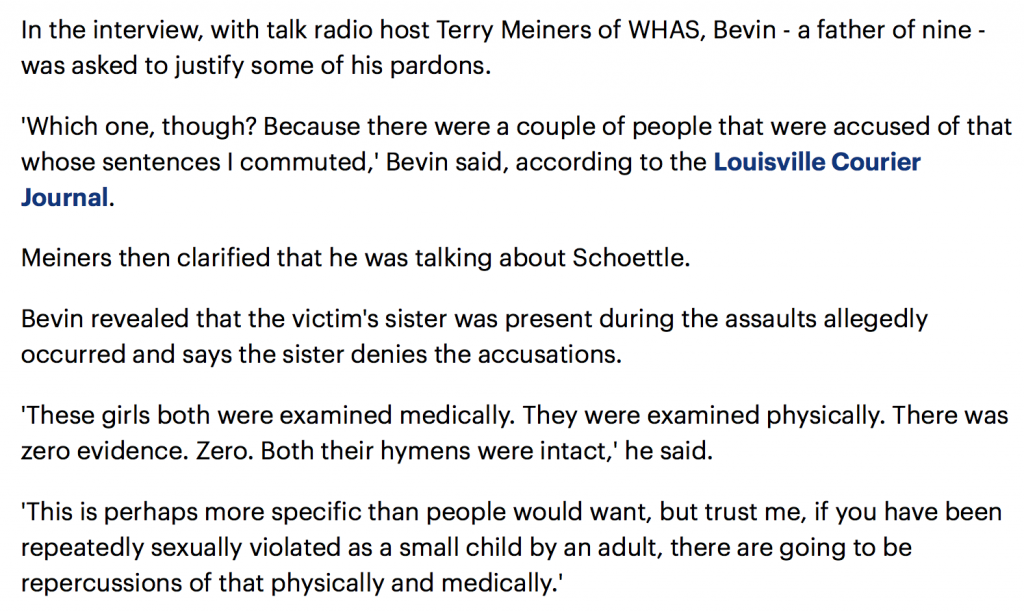 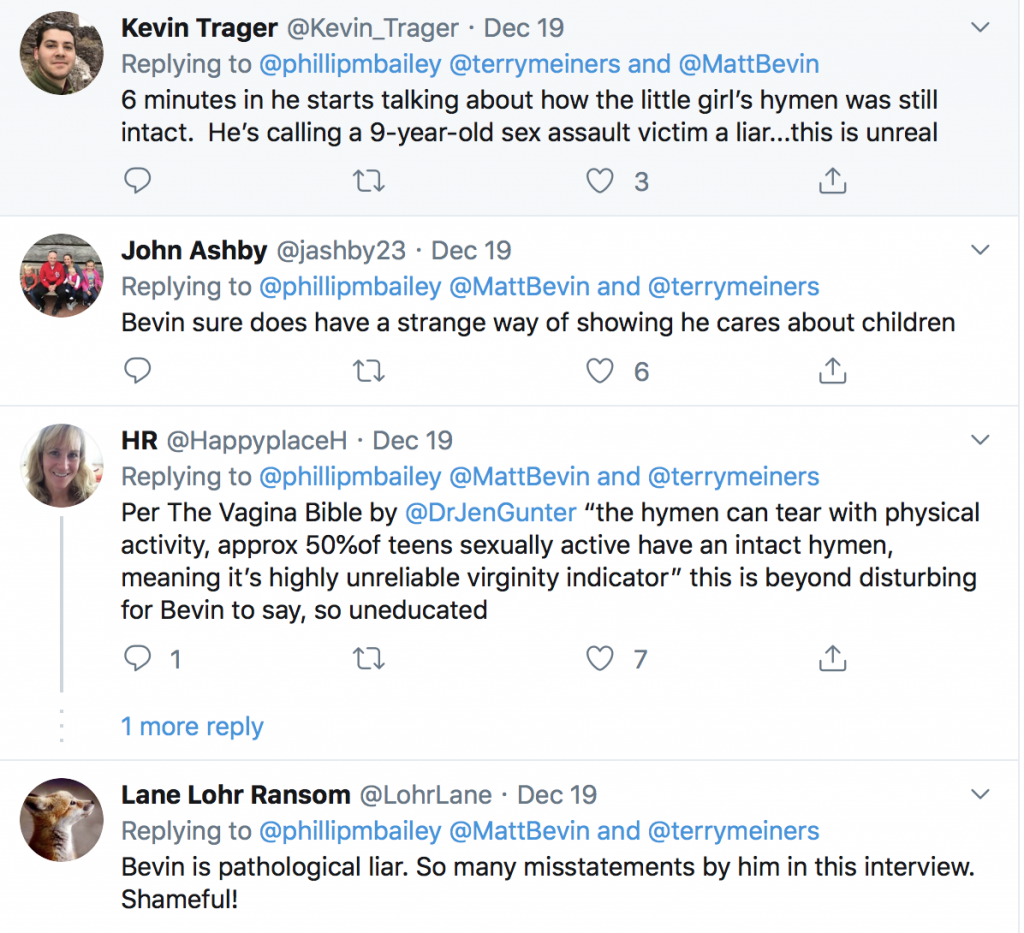 You’d think as obsessed as these creeps are about hymens, they’d bother to learn something about them. https://t.co/vQK4y9jfZt

A law enforcement official sent this letter to me following the interview. Jackie Steele, commonwealth attorney for Knox and Laurel Counties, took exception to Bevin’s claim that convicted murderer Patrick Baker is innocent. Baker was pardoned by Bevin. I asked why he didn’t pardon the two accomplices with Baker that night. Bevin assured me that they were the guilty parties. 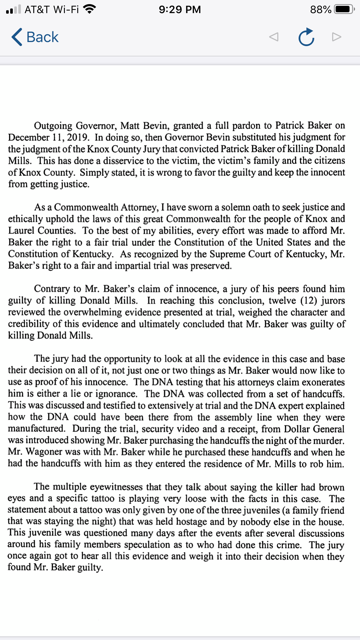 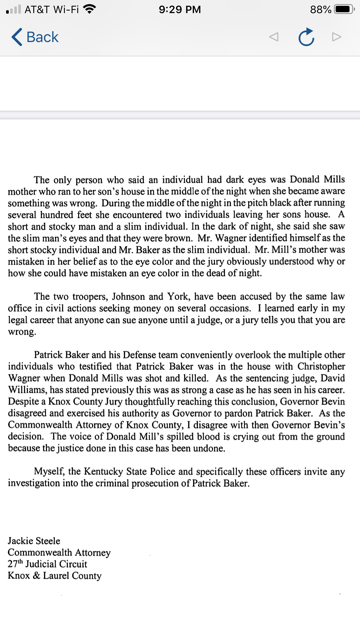