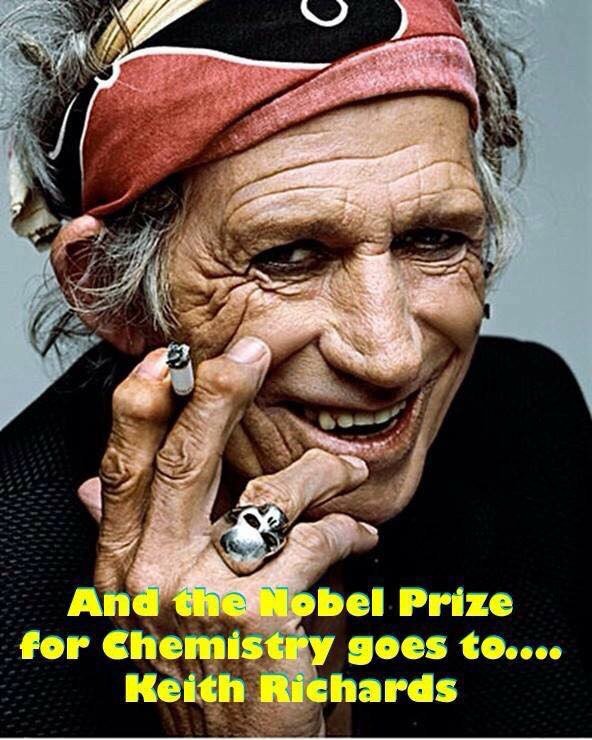 keith richards, one of the glimmer twins

Some people are losing their minds over Bob Dylan being awarded a Nobel Prize in literature, noting that only 14 women (3 of whom are POC) have won the award in its 115 year history. Girls just wanna have Nobels, too! Bob doesn’t care.

White maleness aside, the illustration above says the trend can be extended into other areas of discovery.

« After 40 years of broadcasting, I’m too lazy to quit now
High holy season returns to Kentucky »