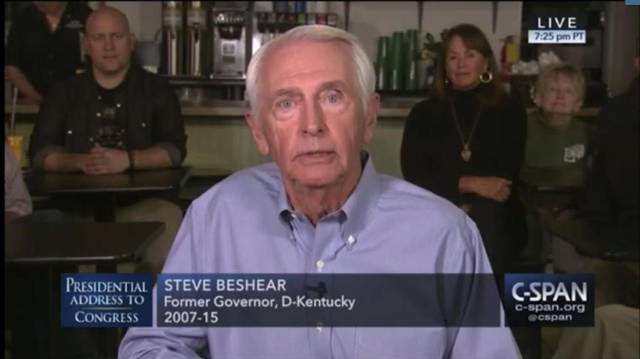 Click below to hear my radio chat with Governor Beshear the day after his nationwide address from inside a Lexington diner. He answers questions about who controlled the script, his intended message, and his reaction to the criticism from MSNBC and other pundits.

Did Earl Schieb do my makeup? That’s a nasty question!