BREAKING: Protests erupt in the Senate as VP Pence presides over the vote on Judge Kavanaugh's confirmation. https://t.co/f32ecMfRed pic.twitter.com/QdbjWrN6JE 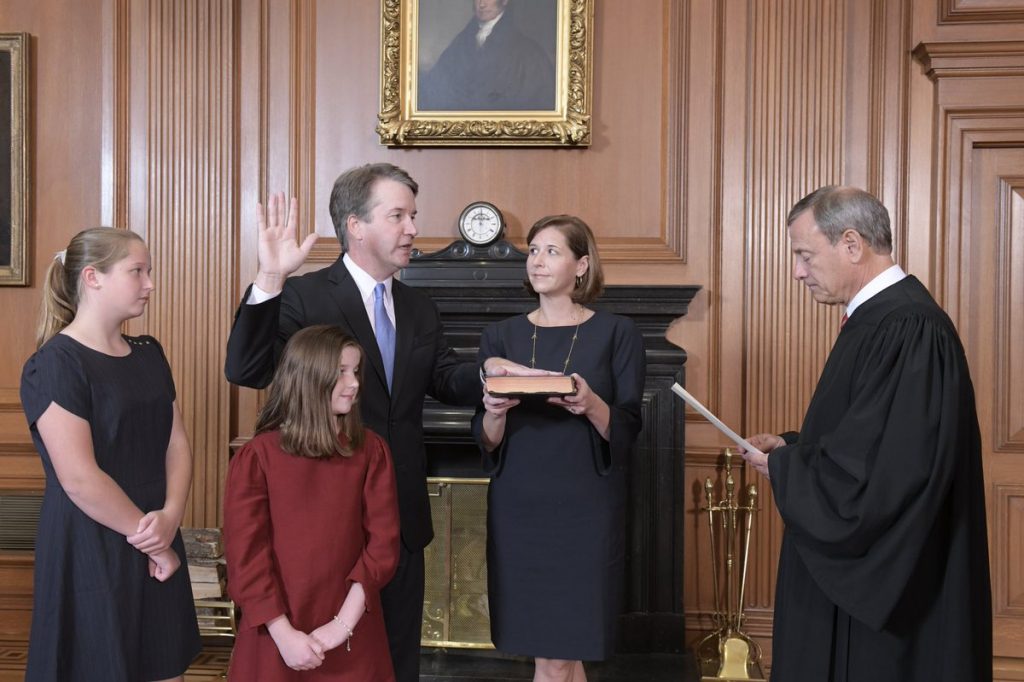 Liberal pundits on MSNBC immediately went to the tired old playbook about “white men are stomping on women and minorities” as they cast blame everywhere but in the mirror. MSNBC favored guest Bishop William Barber claimed “it was all a sham,” then incorrectly blamed Republicans for the 50 vote threshold (no longer 60) that was implemented by Harry Reid and the Democrats in 2013. 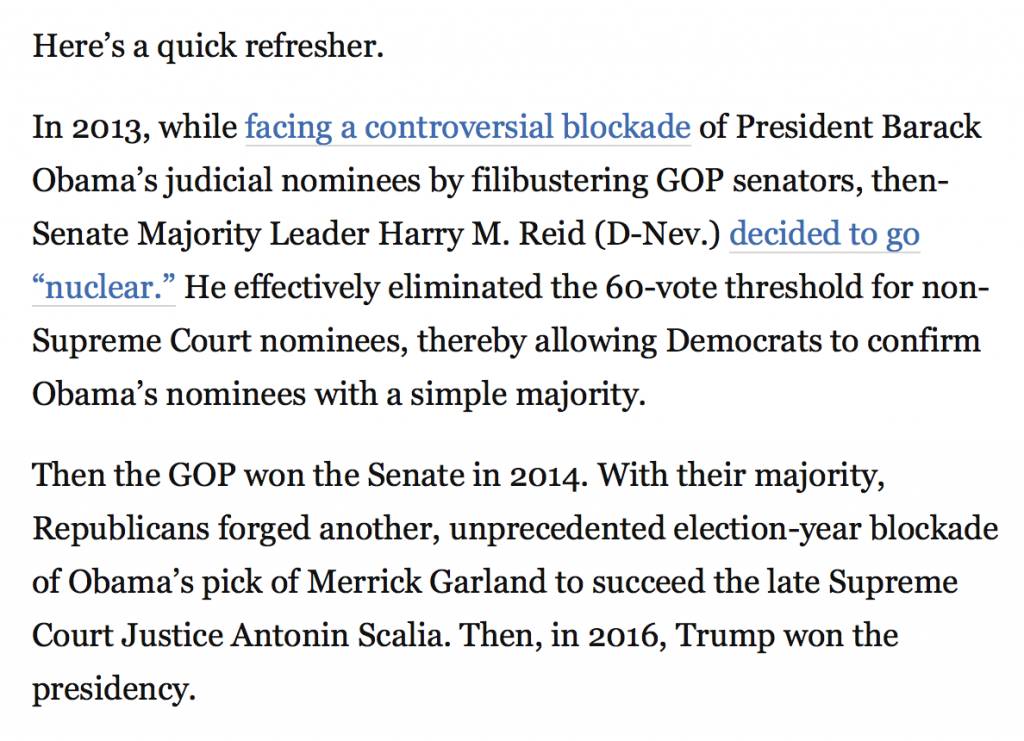 The Democrats’ decision to use the “nuclear option” five years ago has roiled the Senate and payback is unpleasant.

But don’t let facts get in the way. Scream, curse, and threaten people. “That ALWAYS works.” said no rational person ever. 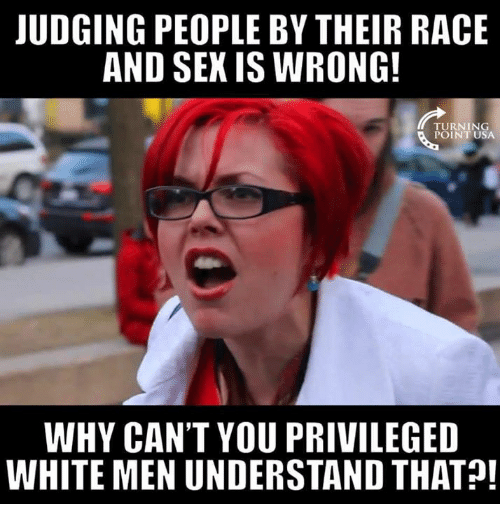 Democrats were also hampered by a publicity seeking charlatan lawyer who shoehorned himself into the story. Michael Avenatti brought forth ludicrous accusations from questionable “clients” who claimed they were sexually assaulted by Brett Kavanaugh.

Passionate voices defending women against sexual assault were certainly heard. Dr. Christine Blasey Ford clearly had something nefarious happen to her during her teen years. The problem arose when due process was bypassed as people pre-convicted Brett Kavanaugh.

Some reasonable people, like the man in the NOW THIS tweet, perfectly state how men can be allies of victims of sexual assault without shrill antics that diminish the impact of the message.

'We all look at Kavanaugh and we see some similarities to things that happened in our lives.' — This man perfectly described what it means to live in a rape culture pic.twitter.com/2CmjgEITe2

That man has convicted Kavanaugh in his mind but still offers reasonable, logical validation for all women who have felt violated in the past.

>>>>read: THE NEW POLITICS OF EMOTION 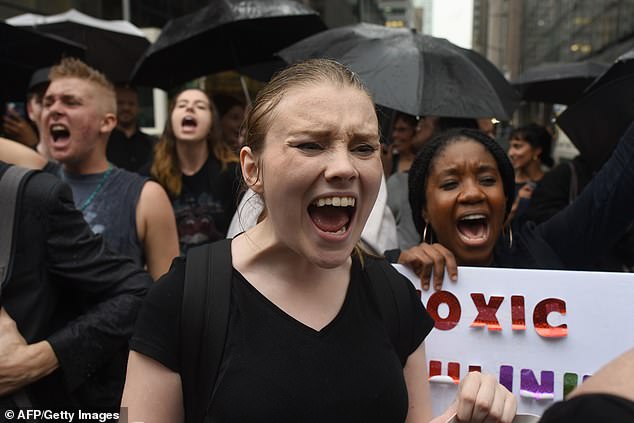 After the Blasey Ford testimony, an extra week of FBI investigation could not shed new light on her claims. No corroboration was ever presented even though Kavanaugh bashers kept claiming that he “actually violated a woman.”

What’s your proof? None.

“You’re telling all women that they don’t matter…they’re just going to help that man to power. My assault doesn’t matter.”

The emotion was powerful but the proof was nowhere to be found. Logic must eventually prevail.

How many women have lied and falsely convicted men in the past? Ask the Duke lacrosse team or those University of Virginia students.

I had no problem with #Kavanaugh temperament when he was being attacked, but even if I had, he was not a judge in that context. He was a witness (and nearly in posture of an accused). If you want to evaluate judicial temperament, you have to look at his 12 years as a judge.

Due process demands an assumption of innocence until proven guilty. In the Kavanaugh case, no proof was produced. Now we move on. But wait…no we don’t. Emotions trump logic for liberals.

Liberals confused themselves by applying a political cloak to the work of the Supreme Court, a body that interprets laws. The Supreme Court gives final resolution to legal matters that are challenged at lower judicial levels.

As I’ve stated many times throughout the past 40 years of Carter-Reagan-Bush-Clinton-Bush-Obama-Trump, vile, vicious, vulgar, violent behavior does not change minds. It only cements current perspectives. 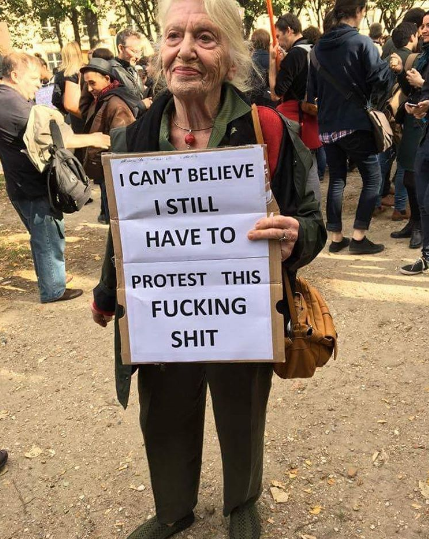 Oh, homophobe much? Many liberals are hypocritical in announcing their support for LGBTQ rights while still using gay slurs to attack conservatives suspected of being gay. 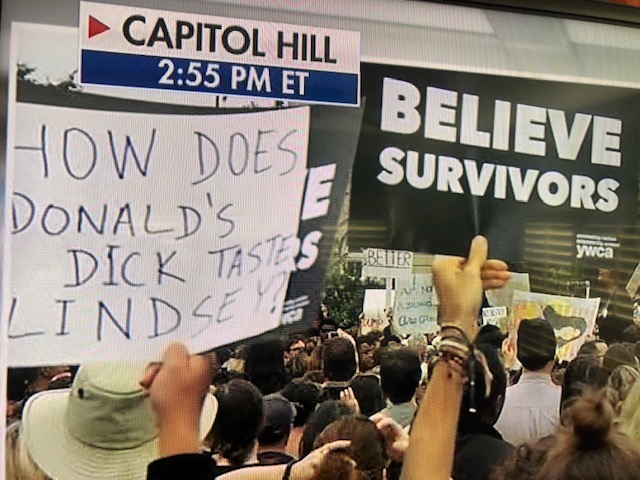 Of course not. Conservatives don’t get apoplectic and destroy public property, hound liberal politicians, or scream F*** OBAMA in the streets.

Filthy, vile, vicious, vulgar behavior is not how they roll. They just regroup, reflect, and rebuild to figure out how to win the next election.

Want to win? Use logic, shrillbillies.

With a liberal friendly media culture constantly affirming protesters, be certain that both sides will #RememberInNovember 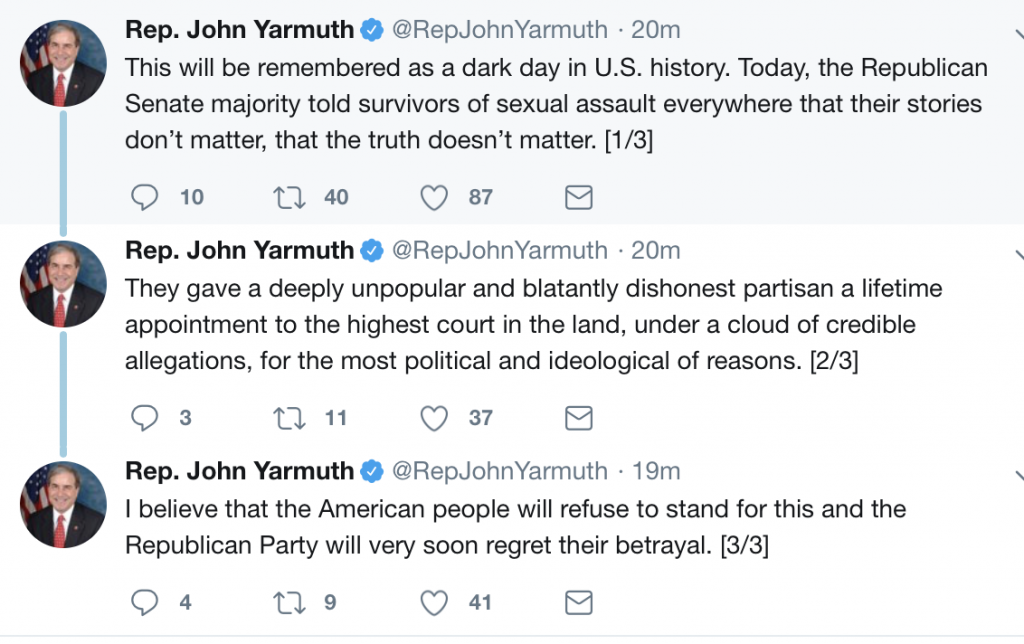 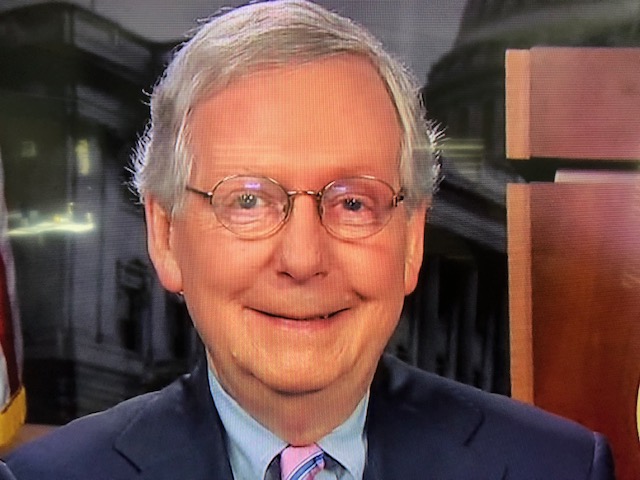