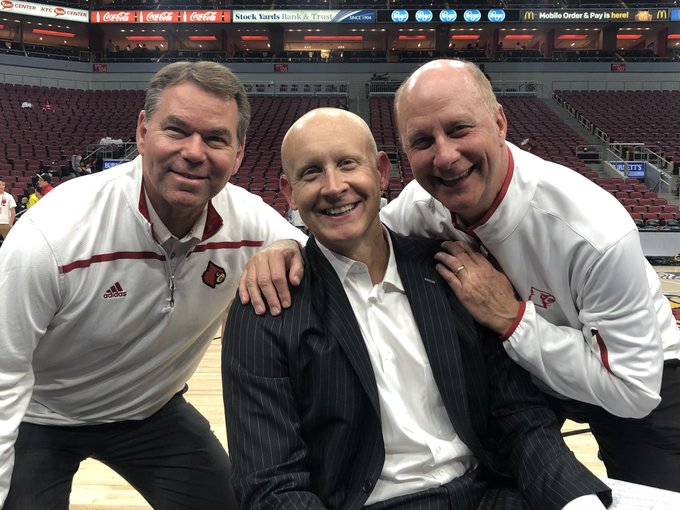 University of Louisville athletics director Vince Tyra did an extensive interview with me on 840WHAS regarding the complete shutdown of sports during the global coronavirus pandemic.

Vince had a lot to say about the financial challenges his department faces, how to keep student athletes engaged during the down time, responsibilities for coaches, and a message for fans left hanging in limbo.

I also asked Tyra for comment on Rick Pitino’s new statement that he “deserved to be fired” by the University of Louisville. Pitino said it on New York radio station WFAN. The intriguing angle to this statement is that Pitino sued U of L for $40 million but then accepted a settlement of zero dollars and only a wording change in his personnel file that he “resigned” instead of being fired.

Apparently Pitino’s personal reflections have brought him to the conclusion that his firing was justified.

Here’s video of Tyra on the day that the Pitino money-free settlement was announced.

« It’s all but over for Bernie Sanders, and hey, let’s check the history on so-called Democratic socialism
John Yarmuth speaks from self-quarantine, America’s free money, China’s sketchy relationship with truth, what to do with factory workers »