When the music is stripped away, Elton John sounds like a regular bloke crooning in his car. So excuse me for getting…but these things I do…you see I’ve forgotten if they’re green or they’re blue.

Whether you’re a brother or whether you’re a mother you’re Stayin’ Alive. Some of the We Are The World colleagues are no longer alive. But their isolated vocals live on. Watch them work out some of the integral parts of the song.

Michael Jackson was the central figure in We Are the World, America’s answer to UK pop stars’ “Do They Know it’s Christmas” famine relief effort.

The King of Pop delivered some of his We Are The World tracks while isolated from other famous pop stars in the fundraising effort.

And (below) is Michael Jackson’s vocal training lesson from 1995. 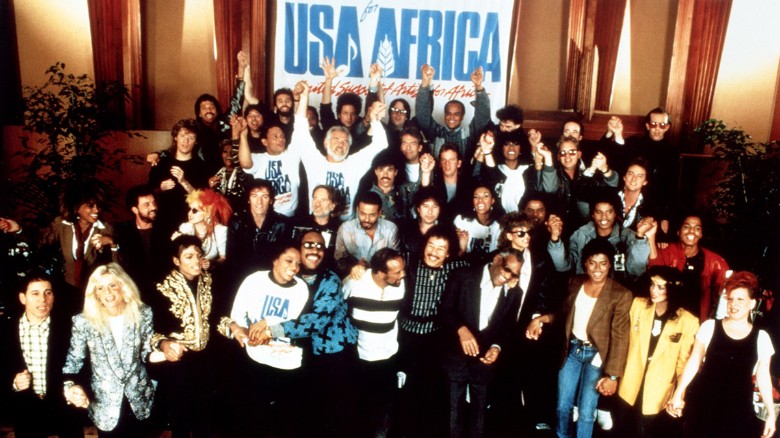 For though the groove is hard to beat