On the night before the 2012 presidential election, representatives for the Barack Obama campaign demanded that a T-shirt shop owner remove this sign mocking agents’ prostitution scandal months earlier in Colombia. The shop owner initially refused to remove the sign, but relented before Pres. Obama’s arrival in a nearby neighborhood for a final election rally.

How is this parody of a real event any different than a sketch on Saturday Night Live or on the Rush Limbaugh radio show? Parody is protected speech, and any muscling by the president’s campaign staff or government agents paints a picture seen in fascist societies. An apology is owed to this shop owner. 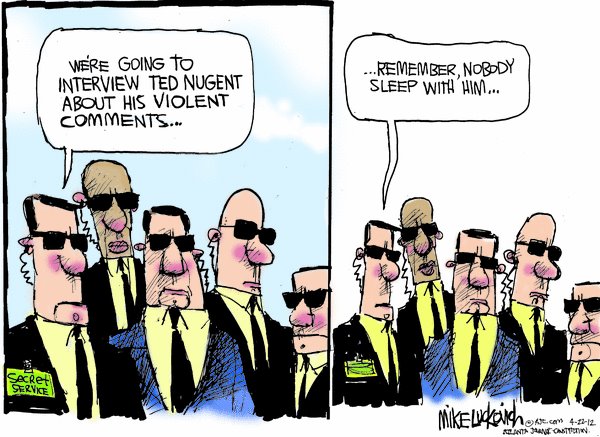 AUDIO: Gov. Matt Bevin on his first legislative session with Republican control of both houses